With the 737 MAX, Boeing launched an unsafe aircraft on the market. When two brand new planes crashed, the aircraft manufacturer first tried to blame the pilots. The beautiful book is about the deep dive that the company embarked on at the time Flying Blind†

Flying is very safe. Every day there are more than 100,000 flights worldwide (numbers before the pandemic) and it rarely goes wrong. Few people really care about the machine made of aluminum, steel and composites they step into, and it zooms through the sky at ten kilometers high.

Until three years ago. Then two new Boeing 737 MAX planes crashed in quick succession. In both crashes, in Indonesia and Ethiopia, the pilots struggled with a new software system that pushed its nose down. They lost this odd battle and 346 people died.

What turned out? The American aircraft manufacturer had adapted the design of an older type 737 and sold it as a new, safe aircraft. In doing so, however, it had failed to inform pilots of the new, crucial piece of software. 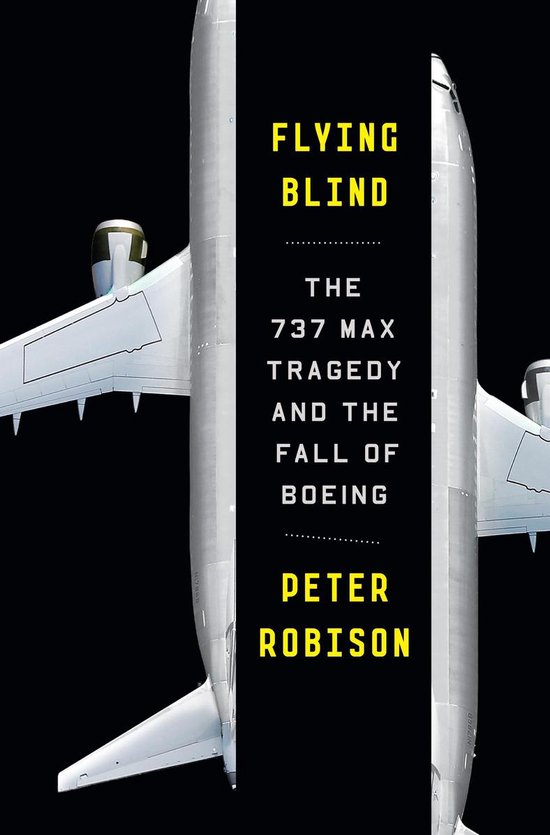 The new book tells how it came to be and what Boeing can be blamed for Flying Blind from journalist Peter Robison down to horrible details. Robison is a journalist at Bloomberg and has dealt extremely thoroughly with it with this book.

He interviewed relatives of the victims, engineers who work or have worked for Boeing, and employees of the Federal Aviation Administration (FAA). The latter is the organization that must critically monitor the construction of new aircraft, but that – spoiler alarm – in the case of MAX it has not done well.

Butcher inspects his own meat

This is the result of a winding down of the FAA’s responsibilities, which had been going on for years. Step by step, Boeing had taken on more and more tasks in connection with testing and certification of new aircraft. It was the butcher who inspected his own meat; it can not go well, can it?

It’s shocking to read how the top of the Boeing company – has become investors’ darling due to soaring stocks – silences its own engineers to silence that warns against the shaky new software system. ‘If an aviation engineering student handed in such a design for an assignment, I would give him an unsatisfactory grade,’ says one.

But Boeing’s top executives pushed. The MAX had to and would come. Fast and at the lowest possible price. Otherwise, the aircraft manufacturer would lose the battle with the European competitor Airbus, which had previously put an economical aircraft on the market with the A320neo.

Flying Blind shows well how Boeing changed over the years from a company led by engineers (until the end of the last century) to a company of managers, which mainly focuses on shareholder value.

What led to it? The budget for the development of a new aircraft was halved. Boeing moved some of its production from the Seattle area, Boeing’s home state, to South Carolina, where wages were lower, but people also had little experience building aircraft.

With the 787 Dreamliner, which came out earlier than the 737 MAX, Boeing outsourced the construction of many important parts to other companies, sometimes even abroad. This led to delays, communication problems and ultimately lower quality.

The result has been a string of problems since the Dreamliner came on the market: from burning batteries, to most recently titanium parts not made properly by the Italian supplier.

But the most dramatic device remains the MAX. Aircraft of that type are now flying around the world again, after Boeing was forced to implement significant improvements. The company can no longer afford another crash with that device.

This book makes the reader angry and curious at the same time. Angry at the negligence of the American aircraft manufacturer and that the top executives have not been punished; Dennis Muilenburg, CEO at the time of the development of MAX, had to leave the company in 2019, but got tens of thousands of millions; US media talk about a golden parachute.

And curious, because it’s fascinating to read how it could have come to this. Robison brings hard matter to life in a very clever way.

If you found this article interesting, you can subscribe to our weekly newsletter for free.