Rotterdam – ‘Eilanden Expresse’ is a well-played documentary by Joop Stolk about a journey by steam tram by RTM from Rotterdam to Hellevoetsluis. Public transport of the time. With footage of in and near the tram and stations Rosestraat op Zuid in Rotterdam, Rhoon and Spijkenisse. Bas Romeijn Films has now had that piece of heritage digitized and posted on the internet.

Part of the Dutch Narrow Film League had been active in Rotterdam since 1932. As film amateurs, they were not dependent on customers and could afford more artistic freedoms than the ‘professional filmmakers’. Partly because of the actions of these amateur filmmakers, it evolved into making film into an expressive art. Immediately in the opening year, a few members won the first prize at a national congress with a documentary.

During the war years, the occupying forces confiscated and destroyed the NSL’s film archive. In 1949, the Rotterdam branch became an independent association with its own responsibility. The name was changed to Rotterdam Smalfilm Liga and was shortened to RSL.

The film is about the old steam train from southern Rotterdam to Hellevoetsluis. Before that time, the design was innovative and the technology used could be called innovative by Joop Stolk. The format of the documentary played was new, while the interconnected system with projector and tape recorder was a technical tour de force at the time. At the national NOVA event, the documentary by Jan Harmsma, Joop Stolk and Aad won the Besten first prize in the best class. 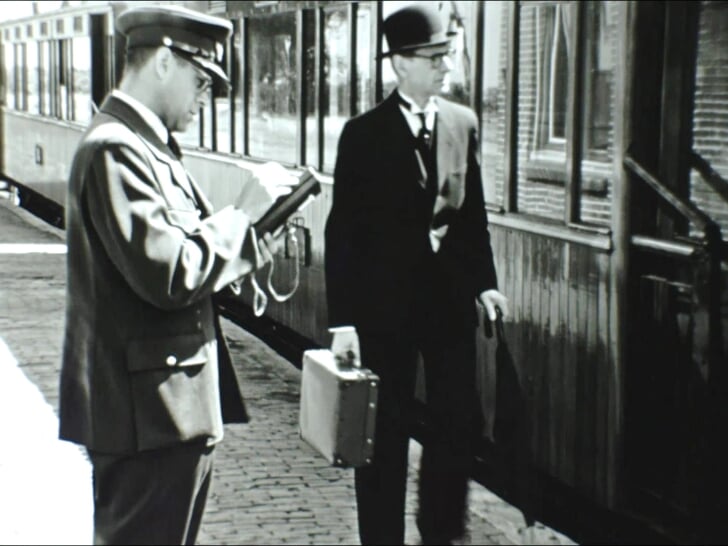 However, Bas Romeijn made use of a later copy in which the sound was applied to the film strip itself. It is not known exactly how the tasks for the creators and the film’s actors were distributed, but Joop Stolk also plays the conductor in the film!

RTM
Rotterdamsche Tramweg Maatschappij or RTM for short was founded in 1878 with the purpose of constructing and operating tram lines in and outside Rotterdam. In 1879, the horse-drawn tram line between Beursplein and Crooswijk was opened, and a year later the company already had six lines. The first steam tram line was the one from Rotterdam to Delfshaven in 1881 and to Schiedam a year later, which we read on the website historyvanzuidholland.nl. 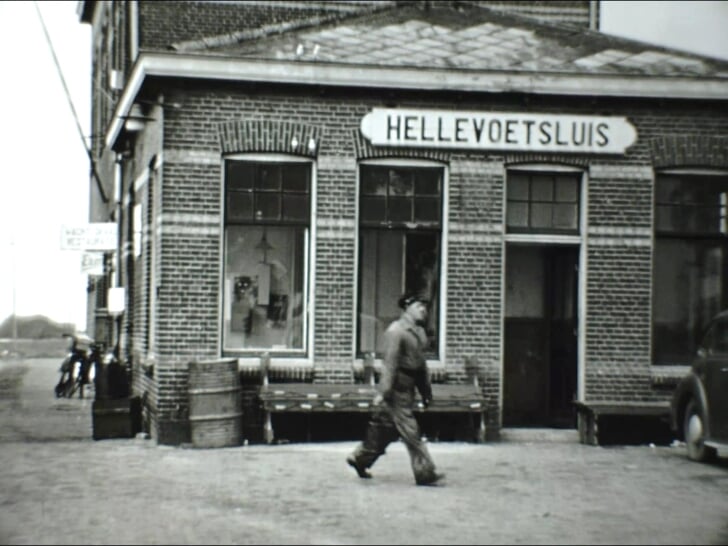 The goal of also establishing steam tram services to the islands of South Holland and Zeeland took shape in 1898, when the tram line from South Rotterdam (Rosestraat) to Hoekse Waard was taken into use. In 1904, the RTM opened the route to West-IJsselmonde with the line Rosestraat-Spijkenisse, then Rhoon, Poortugaal, Hoogvliet and Spijkenisse. A year later, 1905, to Hellevoetsluis and in 1906 to Oostvoorne. This last line was especially important for the many bathers who flocked to the beach from Rotterdam and the surrounding area in the summer. 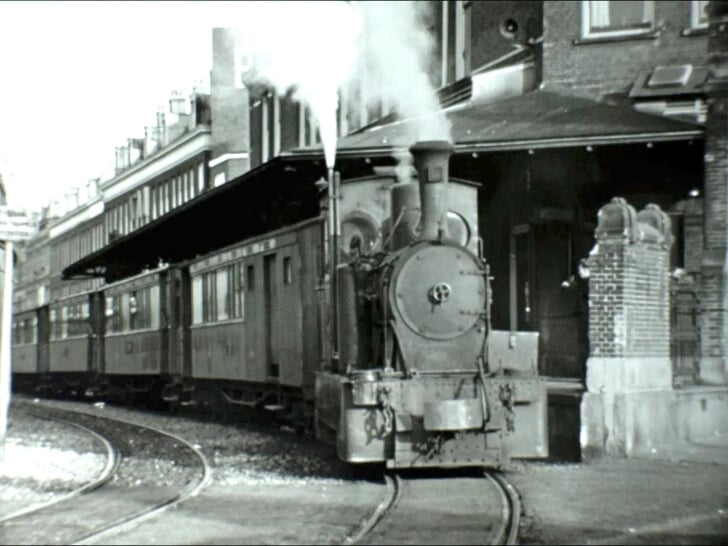 ‘killer’
Everywhere along the stretch, however, the tram also sometimes caused traffic casualties (often children), which is why it was quickly called the ‘killer’ or ‘little killer’. During the thirties, numerous RTM bus connections were also put into use, and this more or less meant the death of the steam tram. On November 6, 1965, it was time for the very last tram to Hellevoetsluis.

Movie
The film is already the 251st old film on Bas Romeijn’s website with topics from the Rotterdam region, so there is a lot to see at: https://basromeijnfilms.blogspot.com