No bird species appears as often in legends and poems as the raven. But that popularity ended in the eighteenth century, when the black bird was considered harmful to game and livestock. After a successful extermination campaign, there was no longer a raven in Holland a century ago. For the Bird Stories podcast, Marcel Wortel spoke with Rob Vogel about the reintroduction of the raven, while Marwa Kavelaars and Aaldrik Pot went outside to look for raven nests.

In the sixties the idea of ​​bringing ravens back to Holland arose. Rob Vogel, a raven expert, explains how it worked. “German and Swiss researchers were first contacted. They did not just recommend exposing young ravens in the Netherlands. Instead, it was better to work with cages where young birds could grow up in the presence of their parents.” Once the pups could fly, they were free to go where they wanted, but could return to the cage to be fed by their parents. So special cages had to be made, which were placed in a few quiet places, including on the Veluwe. Ravens from the nearest raven population (Schleswig-Holstein in Germany) were placed and ‘displaced’, as it is called. In the late 1960s, the ravens began to roam the cages, but they did not immediately establish themselves. The raven cages lay in too closed forests so that the young could not find their parents again. They went wild and starved, unable to find food for themselves. In the late seventies, things started to look more rosy, and the ten breeding pairs from that time have grown to more than a thousand birds now.

Marcel wonders if the thousands of ravens hanging here now are all descendants of these cage birds, but Rob explains that it’s a little more complicated. Ravens are quite mobile. Ravens in Germany have also expanded, and now and then German ravens are seen in Oostvaardersplassen. So they probably eventually reached Holland on their own, but at that time there were no examples of species successfully re-establishing themselves, such as the sea eagle.

Rob has another tip if you want to see ravens: in the winter you have a series of large sleeping places, where sometimes more than a hundred individuals gather in places where dead animals lie. If you are really lucky, you will see them in combination with sea eagles or even wolves. “It’s actually the prehistoric image that is left, so it’s simply possible in Holland.” 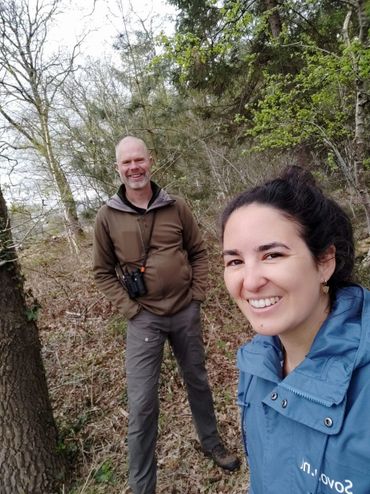 Aaldrik Pot has followed several pairs of ravens in Drenthe for years. To show how it works, he takes Marwa to a very special place: an old prison complex. From there, he can see the ravens in the distance without disturbing them. Within five minutes, the first raven can be heard. In search of the raven, Aaldrik points to the feces under a tree, which tells him that the bird regularly sleeps there. But under the tree where the nest is located, there is not a single stool. “There is therefore a good chance that the nest has been predated before the eggs have hatched,” explains Aaldrik.

Fortunately, the next nest that Aaldrik and Marwa visit is still inhabited. As soon as they enter the forest, the ravens fly up and continue to circle the nest and call. Despite the fact that the boy in the tall tree is not visible, there is a lot of feces under the tree. “Parental behavior is also a positive sign,” says Aaldrik. By monitoring the ravens’ nesting success, the breeding population can be closely monitored and ultimately map the number of development.

Are you now also fascinated by this mysterious bird? So listen to the full story of the raven here in the Bird Stories podcast by Sovon Vogelonderzoek Nederland, where Marcel and Marwa put another bird in the spotlight each month. 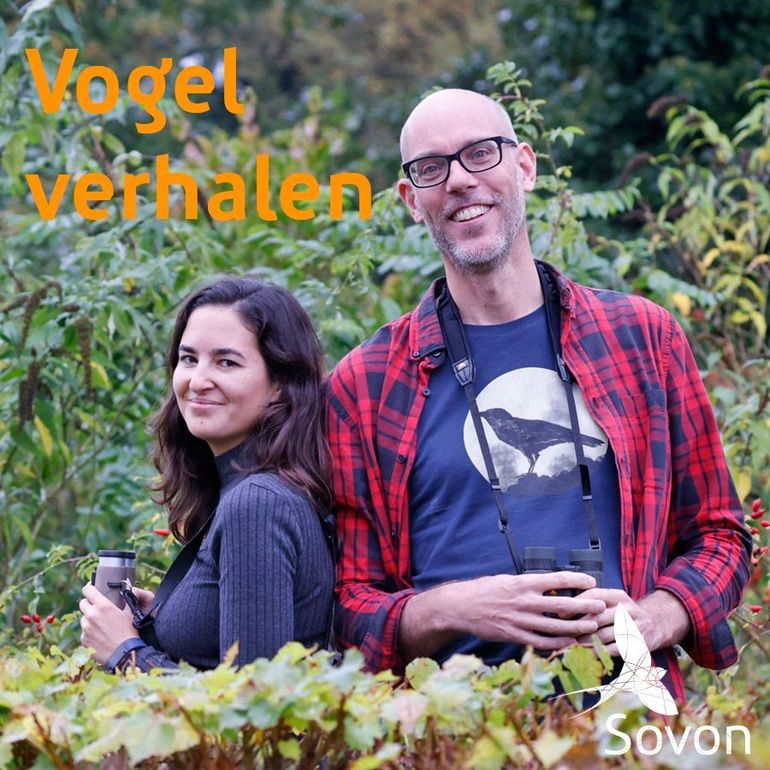