The women of Amsterdam have for the first time qualified for the last match of the EuroHockey League. In the semi-final, coach Robert Tigges’ team was too strong for the Spanish Junior FC in a hectic, nervous and extremely exciting match: 2-1.

It was so hard, this semifinal for Amsterdam. Maybe that’s why the relief afterwards was so great. Despite the mental shocks from a deficit, a rejected Spanish goal and two own missed penalty shots, the team fought its way to a small victory and will be in the EHL final against Den Bosch tomorrow afternoon.

It was already clear in the first quarter that it would be an extremely tough match for Amsterdam. It was only after twelve minutes of hockey that for the first time the home team managed to get menacingly into the Spanish circle. It gave no more than a faint shot from Elsemiek Groen.

The Spanish women, with the experienced Spanish national team player Gigi Oliva and captain Carlota Petchame in the past, countered no less than four attempts, one of which was from a penalty corner. Anne Veenendaal always had to act with shots from, among others, Anna Gil and Julia Strappato.

The Spanish goal that hung in the air finally came. Right after the start of the second quarter, the Amsterdam defense was played childishly: to the right, Laia Vidosa released Mariona Serrahima, who in turn offered Maialen Garcia an inevitable opportunity: 1-0. Just like in the quarter-final against Club de Campo, Amsterdam is again behind.

That margin seemed to be doubled by a goal from Anna Gil just before half-time in a lively phase of the match, but the goal was deflected after consulting the video referee because it was preceded by a shot.

On the other hand, Amsterdam suddenly had the opportunity to even out the deficit: Felice Albers took the first penalty corner of the match for Amsterdam. This resulted in another corner where Albers’ tip-in was blocked by Berta Serrahima’s foot: penalty kick. But where Floor de Haan still pressed against Club de Campo from 6.4 meters, she now shot outside. 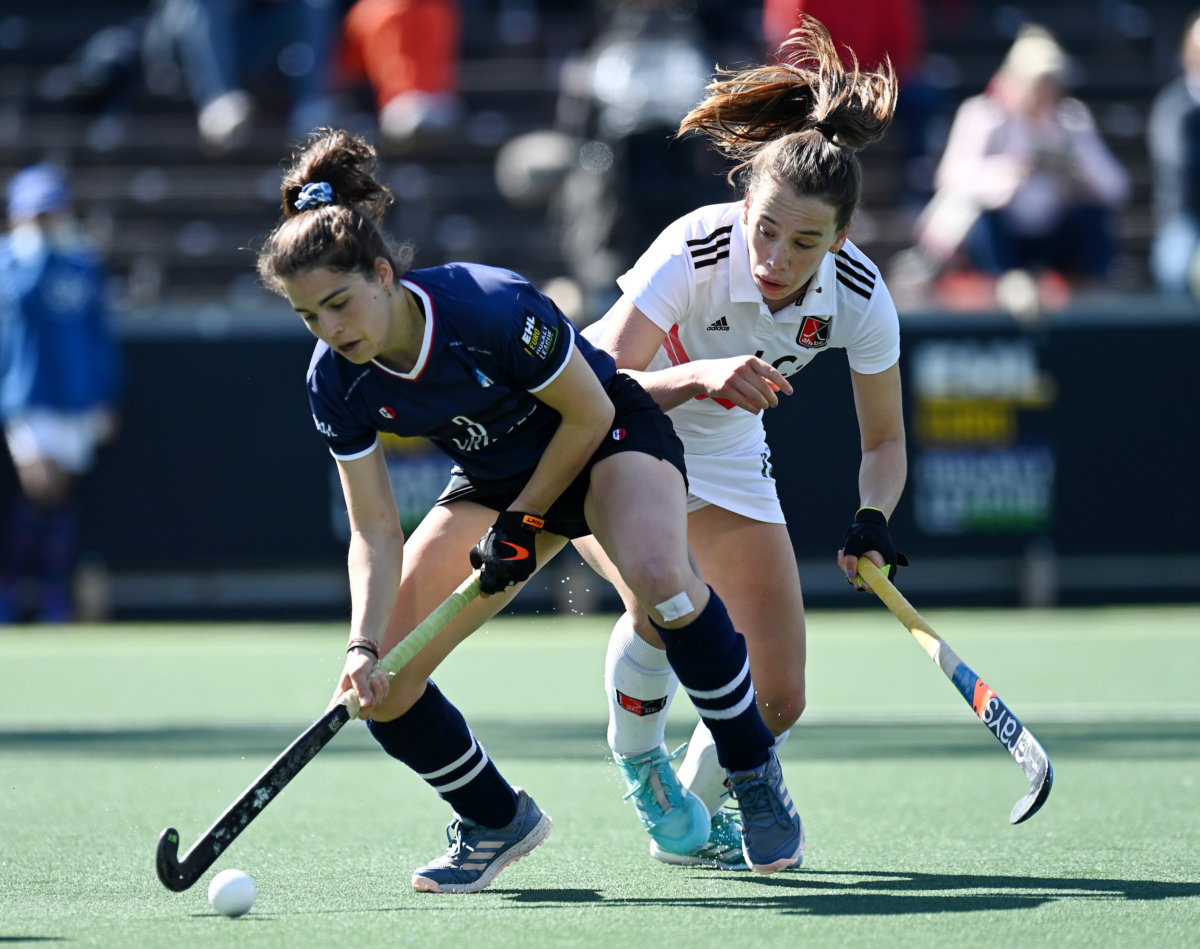 A lot happened in this semifinal. The second half whistle had barely sounded as Amsterdam had to continue without Felice Albers. The agile midfielder from Amsterdam got the tip of Gigi Oliva’s stick in his face and had to be treated crying and with an incision on his cheek.

Not much later, Amsterdam reached the same level after Freeke Moes unfortunately shot a penalty ball towards the post. It was Fay van der Elst who knocked a nice post in from Noa Muller. A shout of relief billowed from the stands at Wagener Stadium.

Then followed a wonderful hockey match. Barely back on the pitch, Albers immediately delivered the much-needed threat in the Spanish circuit. It was a dipping freekickby Maria Verschoor, Noor de Baat and Fay van der Elst couldn’t finish off that great move by Natalia Salvador.

The liberating 2-1 to the home team came from Amsterdam’s third penalty corner just before the end of the third quarter. Freeke Moes flattened the rebound out against the ropes and roared it out with a clenched fist: finally a boost for the sealing team of Tigges.

After that goal, the Spanish opposition was broken and Junior FC could no longer be dangerous to repair the deficit. This way, Amsterdam can prepare for the first Dutch EHL final ever. 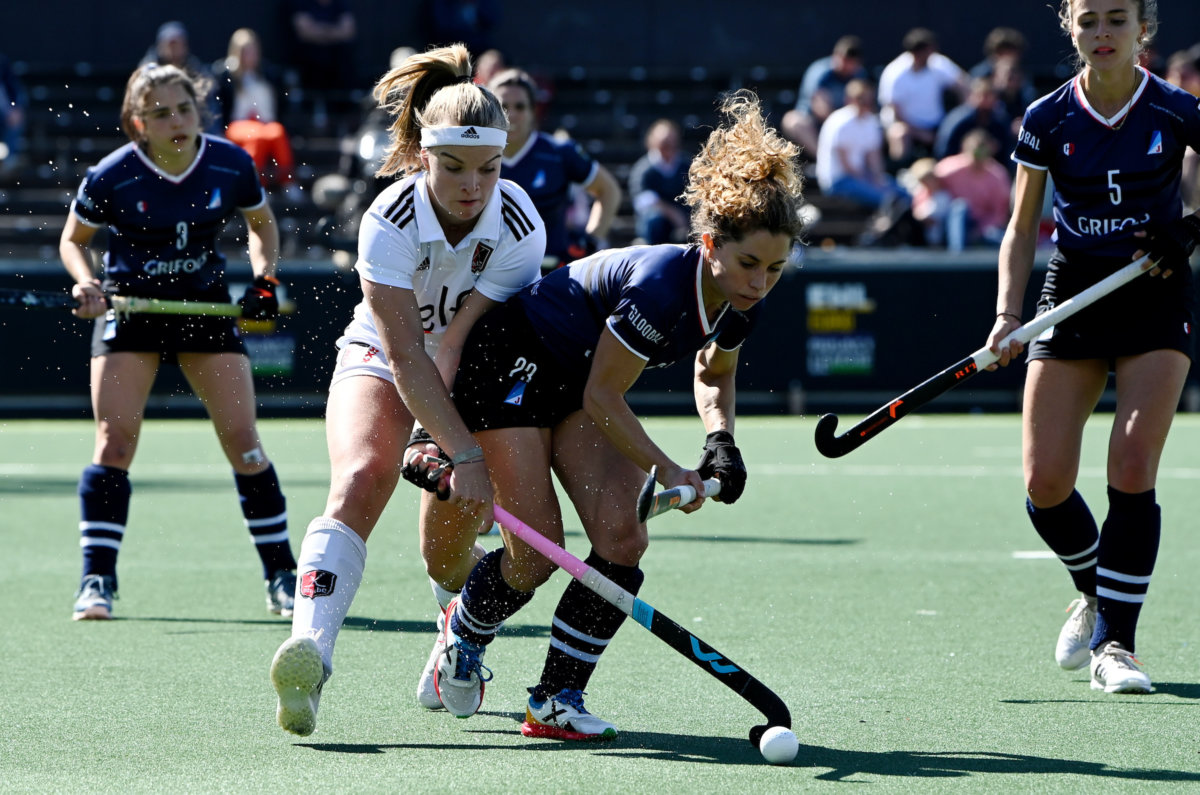