TIEL – In an investigation of the large production and trade in synthetic drugs, the police on Tuesday morning arrested four Gelderlanders and a man from Brabant. Four homes and three car companies are being searched. T…

GELDERMALSEN – Regional Bureau for Tourism (RBT) In recent weeks, Rivierenland has made an effort to apply for a Google Ad Grants account for the Red Cross Blossom Tour, and with success. From December 2, 2019 …

GELDERMALSEN – Residents of Rivierenland, who before mid-August have requested a free exchange from a small to a large container for plastic packaging, beverage cartons and cans, will receive their new container before the end of August.

TIEL – In Tiel, it does not feel safe for children to cycle to school. It shows a study from Fietsersbond. On a scale of 1 to 5, Tiel gets 2.8 on safety.

OPHEUSDEN – Councilor Keuken from Neder-Betuwe wrote on Friday to the municipal council in the municipality that he will stop his position on 12 January. He chooses a job in business. With that comes a…

LIENDEN – A petrol station on Vogelenzangseweg in Lienden was robbed of almost its entire stock of cigarettes during the night from Friday to Saturday. The damage is in the thousands of euros. November 29, 2019

OCHTEN – Singer Marlane Dirksen from Ochten participates in The Voice of Holland this year.29. November 2019

TIEL – A petrol station on the Nieuwe Tielseweg in Tiel was robbed on Friday morning. This happened around noon. 7:15. November 28, 2019

GELDERMALSEN – City council members in West Betuwe were on Thursday evening critical of the estimated costs for the future renovation of the town hall in Geldermalsen. The renovation and expansion is necessary after the merger until 27 November 2019

ARNHEM – Since May this year, the province of Gelderland has already spent more than a ton on clearing drug waste. The province pays up to 50 percent of the cost of disposing of the dumped chemicals.

WADENOIJEN – Liveable Wadenoijen, an association that is committed to people from the village, and which is particularly committed to promoting quality of life and unity in Wadenoijen, is looking for people who want to join a playground working group …

ARNHEM – An unexpected turn in the pro forma case against a 23-year-old Tielenaar who is suspected of having murdered a 36-year-old man from Beneden-Leeuwen earlier this year. Research has shown that Leeuwenaar died on November 26, 2019

EST – West Betuwe City Council on Tuesday night received a petition with more than 300 signatures from residents of Est. The initiators want more housing in the village with almost 600 inhabitants. In the past few years…

TIEL – Tiel municipality wants to tackle nuisances caused by fireworks. Therefore, residents in the municipality can make a report if they experience nuisance. This can be done via email and the last days of the year also via a special t…

BUURMALSEN – The village council in Buurmalsen wants houses to be built on the grounds of the empty building of the De Malsenburg primary school. The building has been empty since last summer after a merger of this school with the primary school in Tricht.

TIEL – Fiberglass Buitenaf has lost the summary action brought to prevent the Rivierenland Region from installing fiberglass in the outlying area together with Digital City. Seven municipalities in the Riviera area are participating in this project to improve the Internet.

GELDERMALSEN – The municipality of West Betuwe has thousands of Eneco shares, which are now worth 13.9 million euros. The Japanese company Mitsubishi announced on Monday that it would buy the energy giant Eneco for 4.1 billion euros, which makes the value of the shares much higher than expected.

TIEL – Police on Monday morning raided eleven locations in search of weapons, drugs and money. Four people have been arrested, including in a trailer park on Rivierprik in Tiel and Breda, a police spokesman said.

OOSTERHOUT – The government must play a stronger role in the vision of what will happen to the great rivers in the long run. Especially where the river needs to expand. This is what Hennie Roorda says in response to the recent flow of the dike relocation at Oosterhout.

TIEL – The ‘Education Apartment’ at Lingecollege on Teisterbantlaan in Tiel may, after all, disappear. The school will investigate whether it will be possible together with ROC Rivor to build a new building for the VMBO on the former auction site near the station.

OPIJNEN – The new dike between Tiel and Waardenburg seems to fill much less than originally assumed. New calculations show that the dike on the outside almost does not need to be widened, while the design has become ten meters narrower on the inside. Good news for the dike’s residents and others who care about the authentic river landscape.

THE HAGUE – About 150 councilors from across the country, including Carla Kreuk-wildeman van Tiel and Herma van Dijkhuizen from Neder-Betuwe, went to The Hague on Monday to take part in the Youth Budget debate, which took place in the House of Representatives. With their presence, the councilors want to emphasize that they really need more money to structurally provide care for the young people.

TIEL – The Danish Water Agency wants to become energy neutral. Therefore, a new fermentation plant has been built at the treatment plant in Tiel. This seems to provide enough energy to be self-sufficient. The complex has therefore now been officially renamed an energy factory.

DODEwaarD – Henk Hommersom from Dodewaard received a Royal decoration last Saturday. During the annual fire brigade evening, Mayor Jan Kottelenberg put on the decorations belonging to the award ‘Member of the Order of Orange Nassau’ on him as a thank you for his efforts through 37 years for the voluntary fire brigade Dodewaard.

TIEL – Do you have questions about the government? For example, on matters such as rent and health benefits, taxes, driving licenses, (traffic) fines, pensions and benefits? Research shows that around 4 million people in the Netherlands find this difficult, including residents of Tiel.

Here you can load more messages 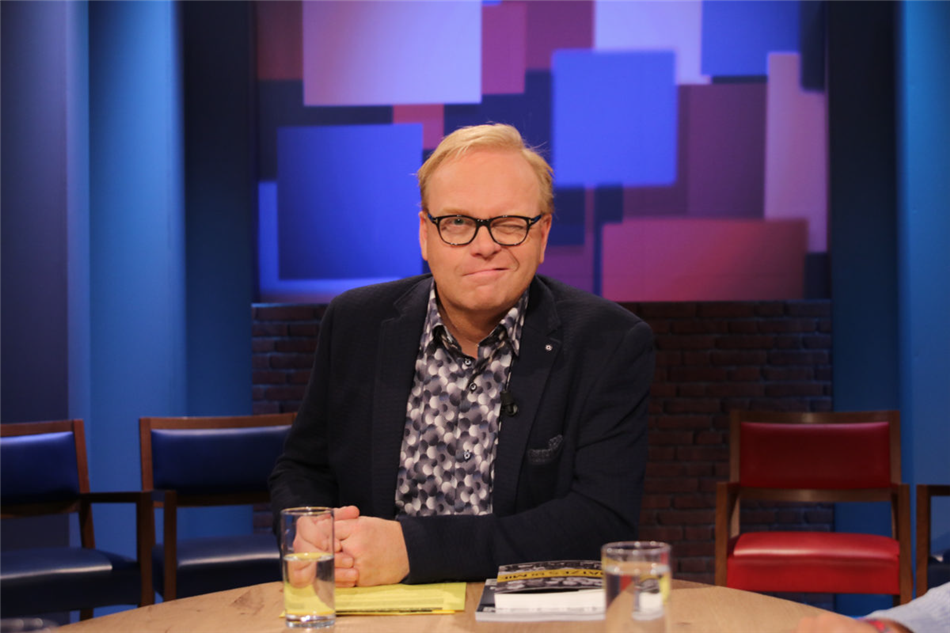 On Saturday 30 November, the 200th episode of Frits Huffnagel’s talk show, FRITS !, will be broadcast on the regional channel TV Vest. 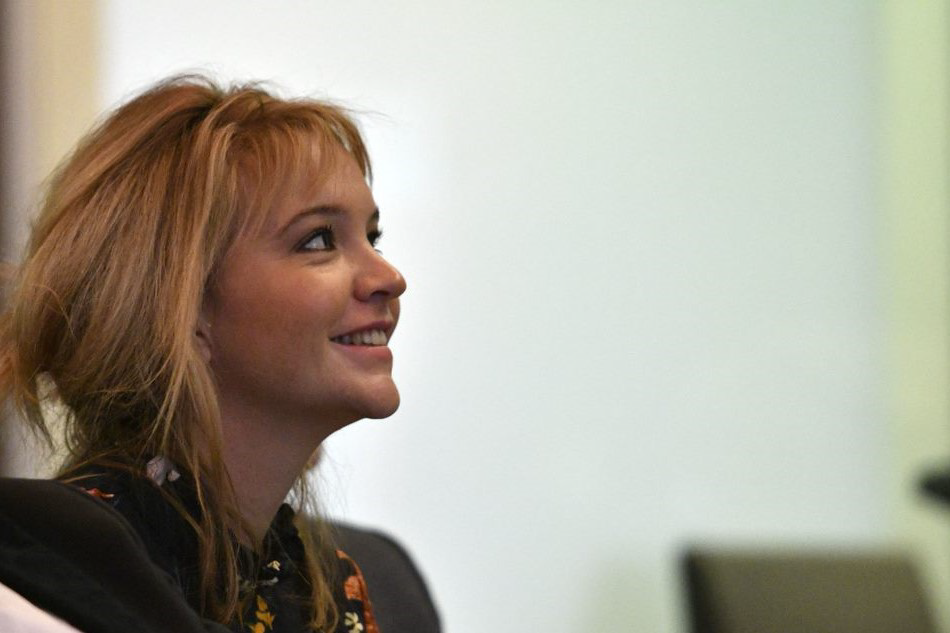 Anita Sara Nederlof won the NL Award for Young Talent and is now taking the step from RTV Utrecht to RTL Nieuws. 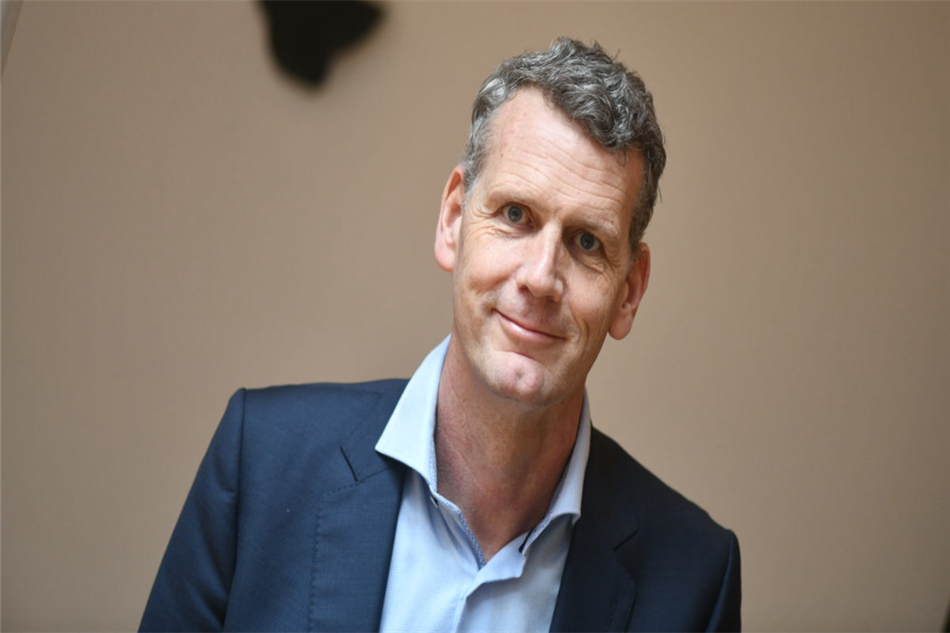 Gerard Schuiteman: ‘Disappointing that there is no budget for regional windows’

Among other things, Gerard Schuiteman gives his view on the regional windows in a conversation with the professional platform for the media professionalSpeakbuis.nl. 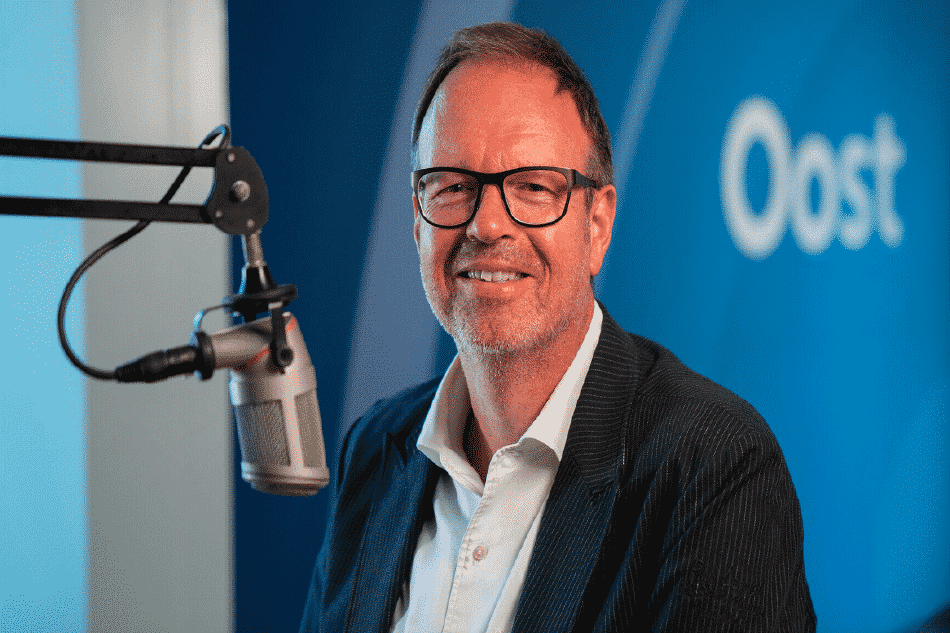 The regional broadcaster realizes a total market share of 8.6% on radio (September-October 2019). A year ago it was 8.2%. 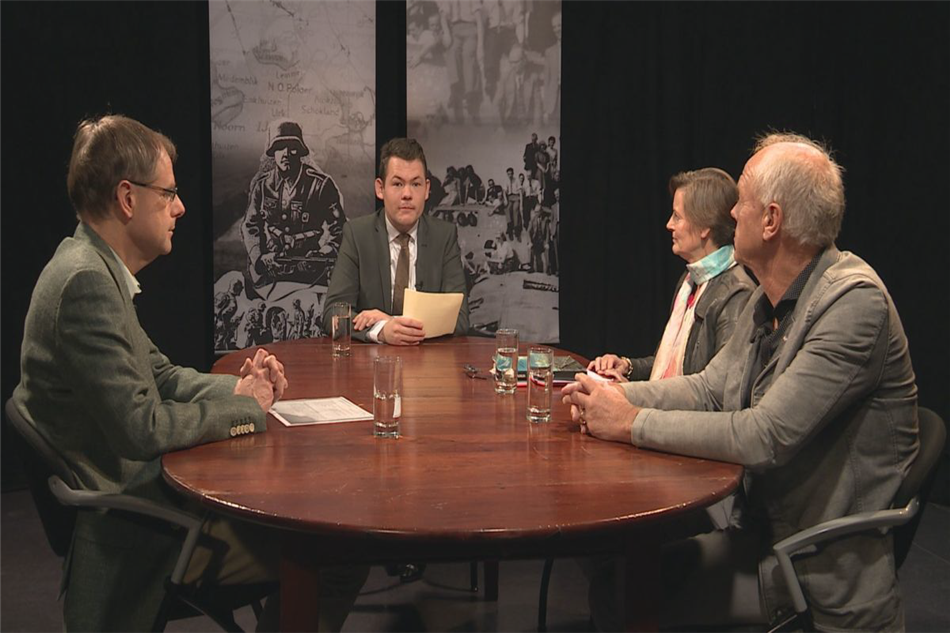 Special broadcast about raids in Noordoostpolder at Omroep Flevoland

Omroep Flevoland’s special TV broadcast about the raid in Noordoostpolder can be seen on TV, web and app on Sunday 17 November. 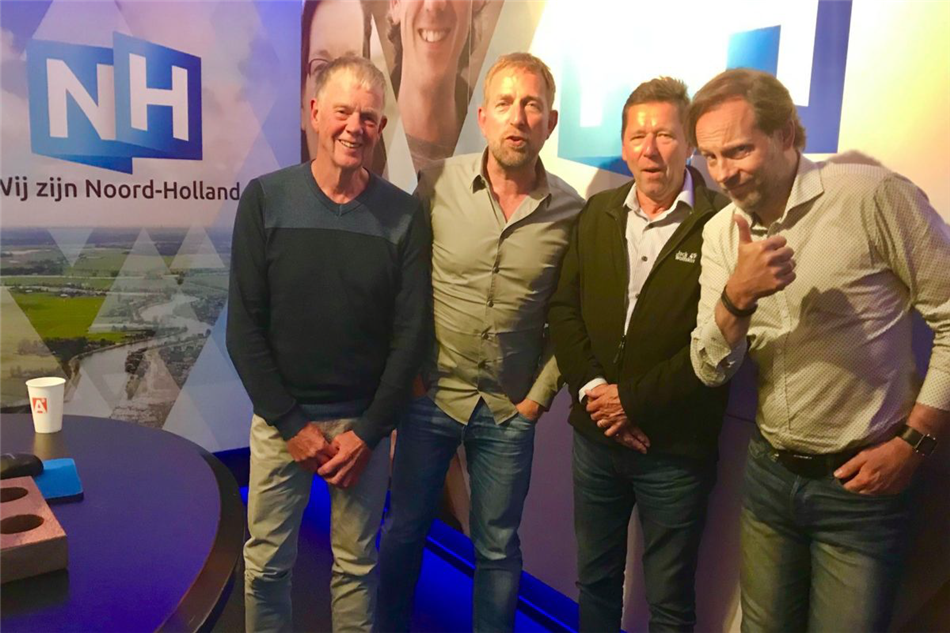 Update podcast 100 years of radio: Second episode on regional broadcasters can now be listened to

In the podcast series ‘100 years with radio’, the presenters Arjan Snijders and Harm Edens talk to Erik Post and Rein Tolsma about the regional TV companies. 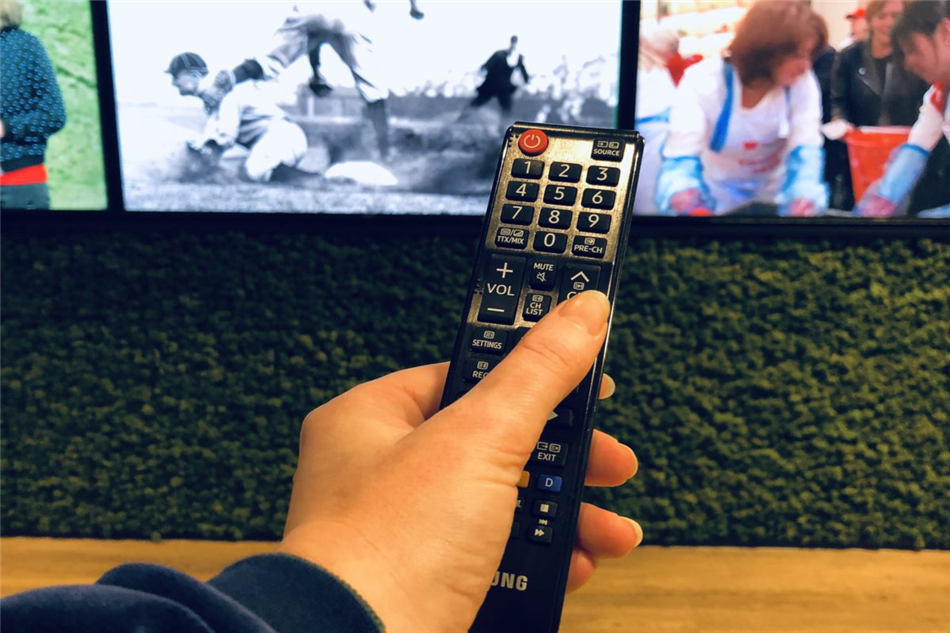 The distribution of regional broadcasting in HD quality is expanded

The Veendam (SKV) cable network will be the first cable operator to broadcast regional TV stations in HD quality. Several cable companies are expected to switch from SD to HD. 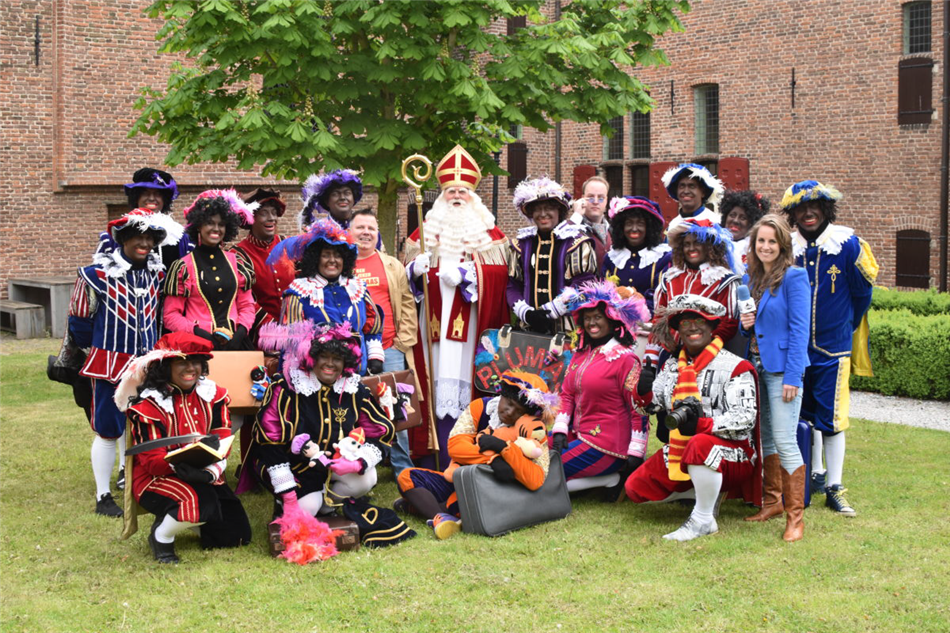 Through collaboration between local TV companies and Omroep Gelderland, the Elburger Sinterklaas news can be seen throughout the province. 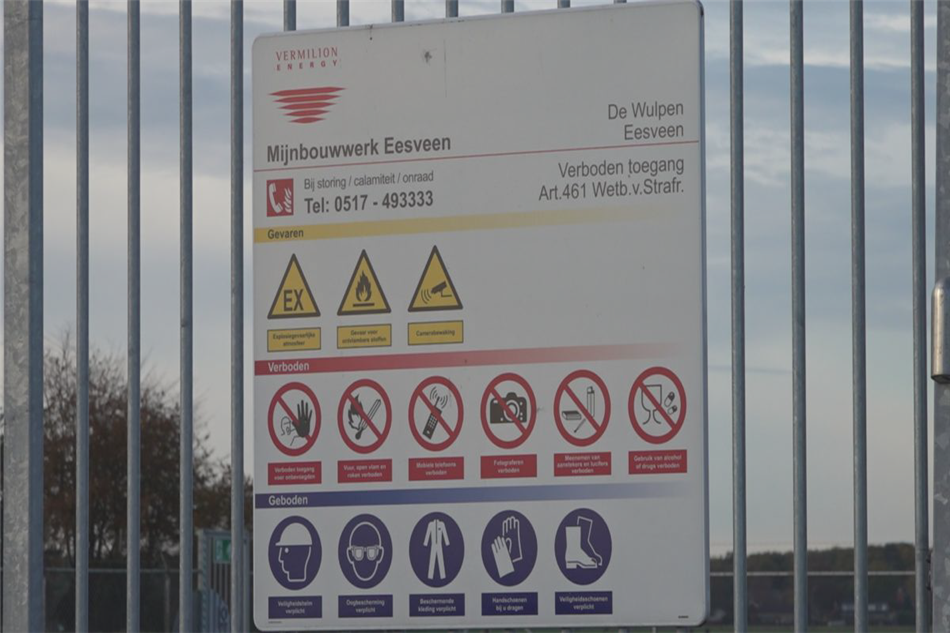 Four regional broadcasters come up with revelations through joint research

The results of joint research from RTV Oost, RTV Drenthe, Omrop Fryslan and RTV Noord can be followed on TV, radio, web and app. 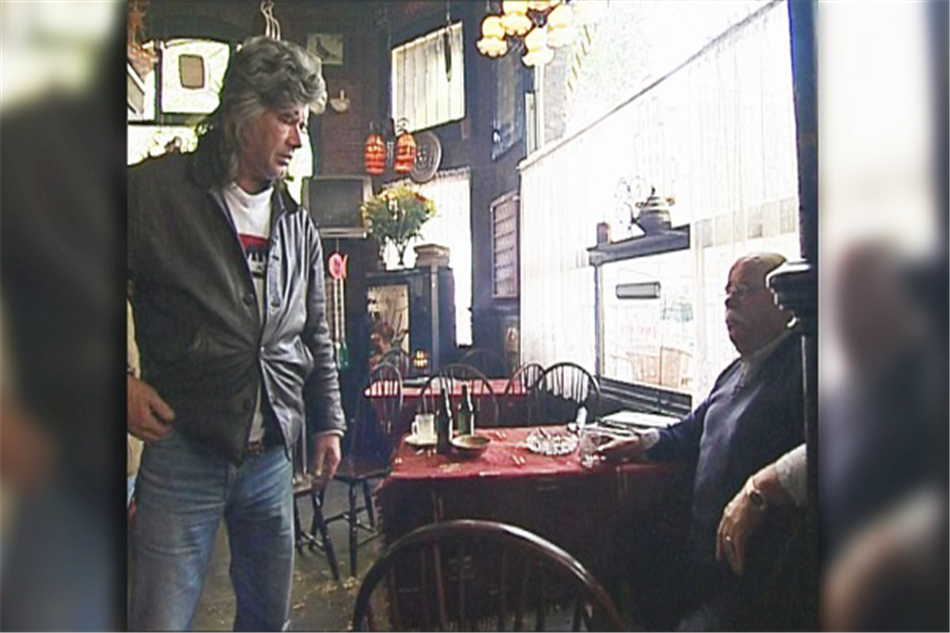 Docu van Rijmond on Willems Kantine achieves cult status with shirts printed with quotes from the series and millions of views online. 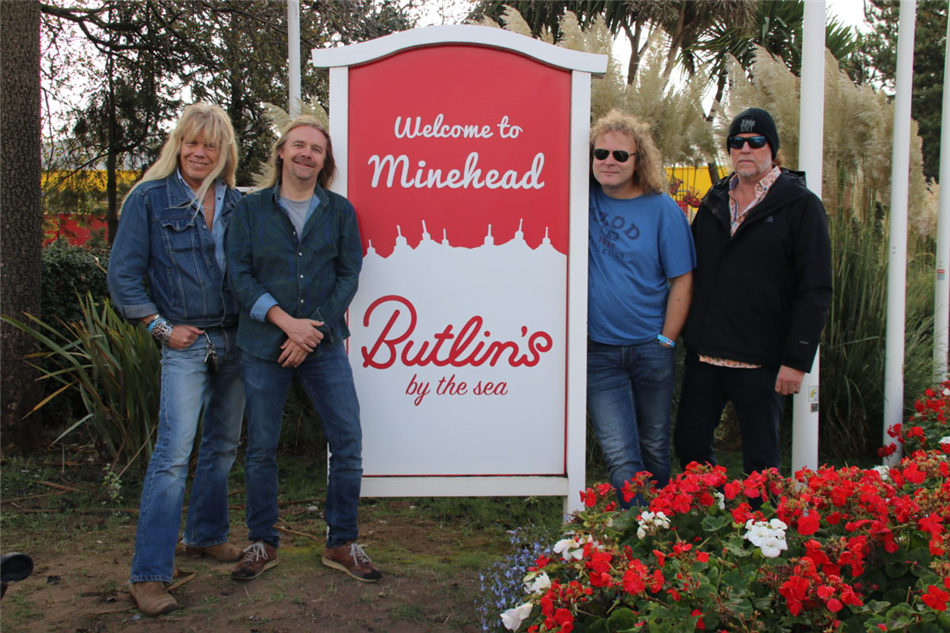 Status Quotes had a childhood dream in Minehead. A camera team traveled and made unique images for TV Gelderland and TV Oost. 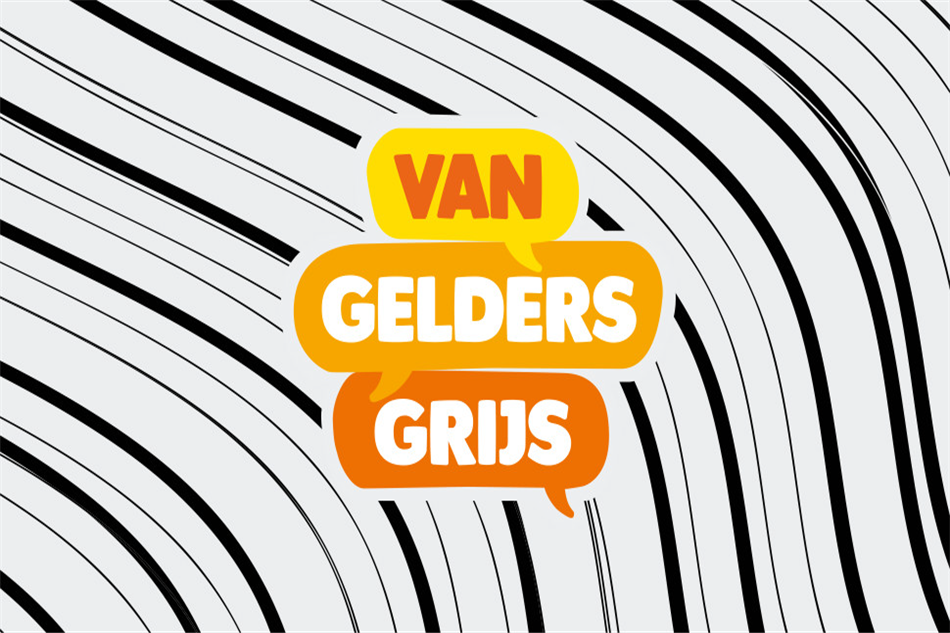 Jochem van Gelder returns from October 26 on TV Gelderland with Van Gelders Grijs. The series can be seen (back) on TV, web, app and NLZIET.