In the section ‘In the meantime at’ we take a look at companies in Dokkum or Dokkumer entrepreneurs. Sometimes they have news, sometimes they open the doors that would otherwise remain closed, and every now and then they tell a story that is not known by the ‘general public’. In this edition: The land of Dokkum.

In full bloom
In the spring of 2020, the Bos family bought the former nursery / plantation on Tichelwei between Dokkum and Oostrum. Probably has happened in recent years on this unique piece of green. At the time of purchase, only a little maintenance had been done; nature had fully taken its course. Together with a number of volunteers, the Bos family has rolled up their sleeves in recent years to clear the grounds again. Fortunately, most of it is now behind us and reconstruction can begin. Two years after the purchase, the orchard, christened ‘t Landje van Dokkum by the Bos family, is in full bloom again.

Busy rebuilding
There is plenty on the agenda with owner Mijke Bos. For example, a fund was set up in the spring: Stichting ‘t Landje van Dokkum. The purpose of this fund is to bring school children in touch with knowledge and activities about nature, food and sustainability so that they can make healthier choices. In addition, the foundation wants to make room for smaller cultural productions. The first activities have already started. A collaboration has been carried out with Kommunecenter de Klyster. ‘t Landje will function as an outdoor space for Klysteren. For example, volunteers Maaike Bartelds in collaboration with Klysteren and the national nature and education organization IVN will develop two experience paths for primary school groups. Both spring and autumn, children from groups 3, 4 and 5 can learn about what grows and blooms on this nature playground.

‘t Landje has few other facilities. If everything goes according to plan, the zoning plan for the barn conversion will be approved this summer. “The two battered sheds that stand there now will be partially demolished, and instead one large, new shed will be built. With recycling of materials, “says Mijke. In the meantime, the construction of a sustainable food forest edge has also begun. “Last winter we planted about 700 new trees. Linden, hazel, walnut trees, hawthorn, you name it. ” In addition, ‘t Landje has become richer on a large number of fruit trees. All sorts of new varieties have been planted around the old pear trees, including apples and cherries. The first trees are already in bloom.

‘t Landje van Dokkum is a true paradise, not only for trees but also for animals. “A couple of shelducks are breeding in the old barn right now,” Mijke says enthusiastically. “And with all the pruning, we’ve put a U-shaped groove in the middle of the orchard.” Birds, insects and other creatures can nest in this fold. “We already have two hares who are grateful for that.” In addition, ‘t Landje can call itself the proud owner of a population of Carnica honey bees, which has been given a nice place on the site by forester Jan Willems from Lauwersoog.

On the agenda: education and culture
And there’s more fun ahead. On 19 May 2022, ‘t Landje will hold an Open House for primary and lower secondary schools in the region. The purpose is to introduce teachers and management to the site and the foundation and hear what they need in the field of nature education. In addition to nature, culture is also highly valued. On Thursday 26 May 2022 (Ascension Day), the history trip Deferred Happiness by Arcadia Leeuwarden will take place at ‘t Landje. Actress Anna Raadsveld reads the story “Community Land” by Nicole van de Berg under the pear trees.

Deferred Happiness takes place at ‘t Landje van Dokkum on Thursday 26 May 2022 at 15.30. There is free admission. Bring your own folding seat or blanket and cycle as much as possible. In addition, ‘t Landje van Dokkum is looking for volunteers to help with the maintenance, planting and watering of the trees. For more information you can contact owner Mijke Bos via the website for ‘t Landje van Dokkum. 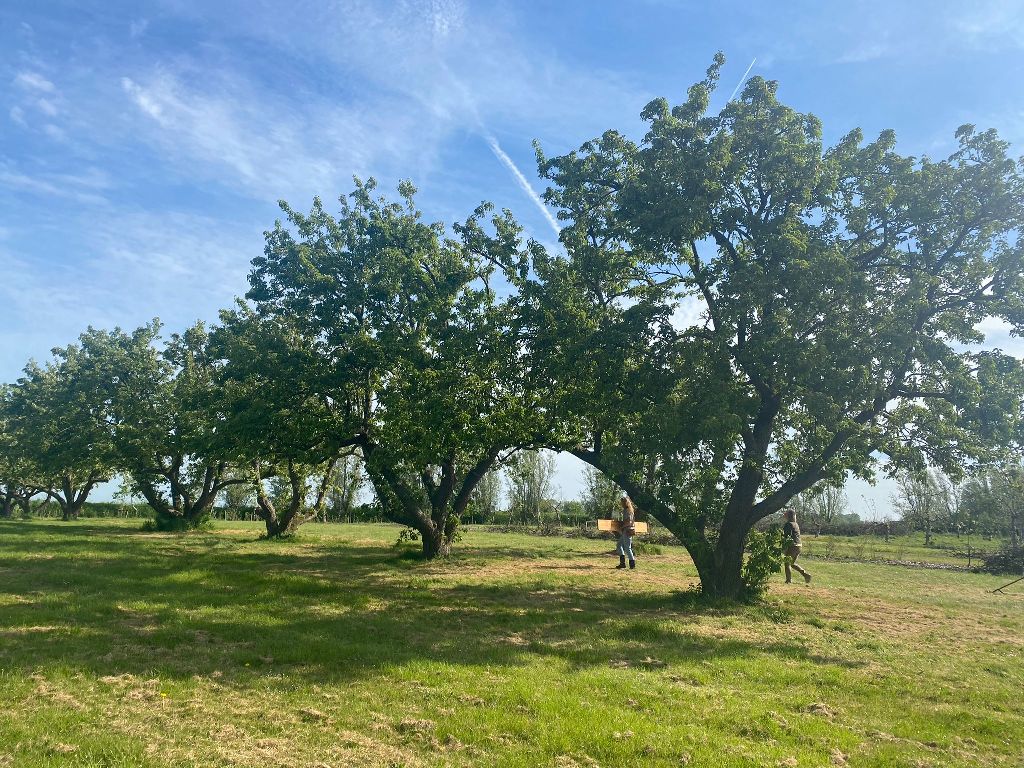 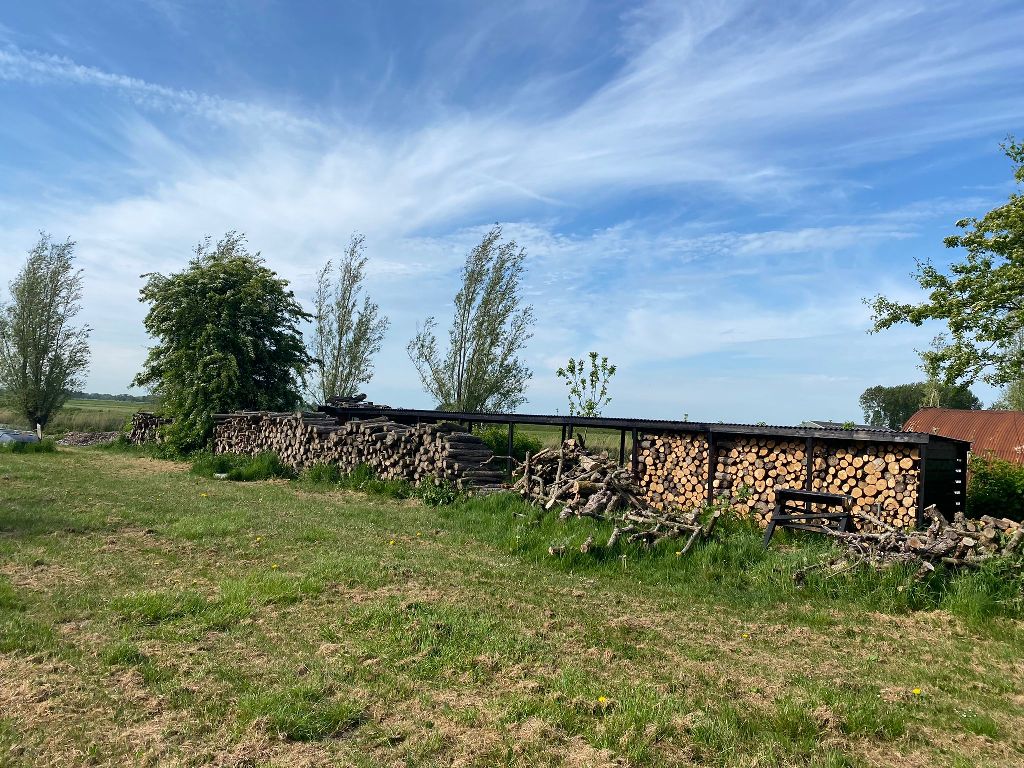 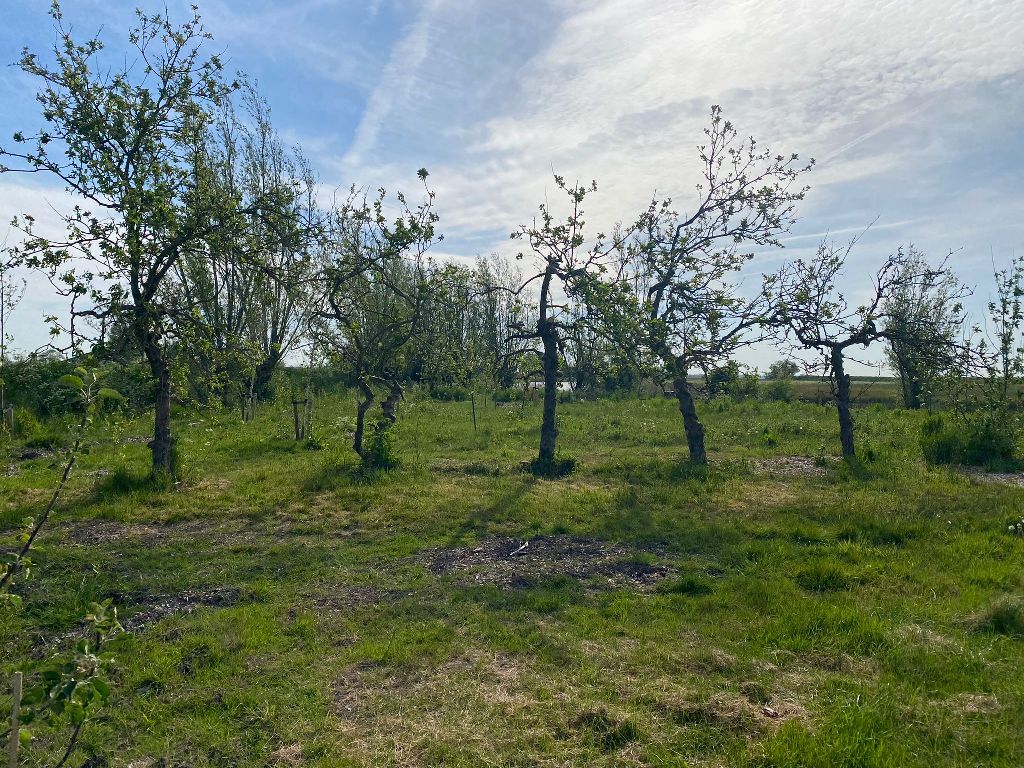 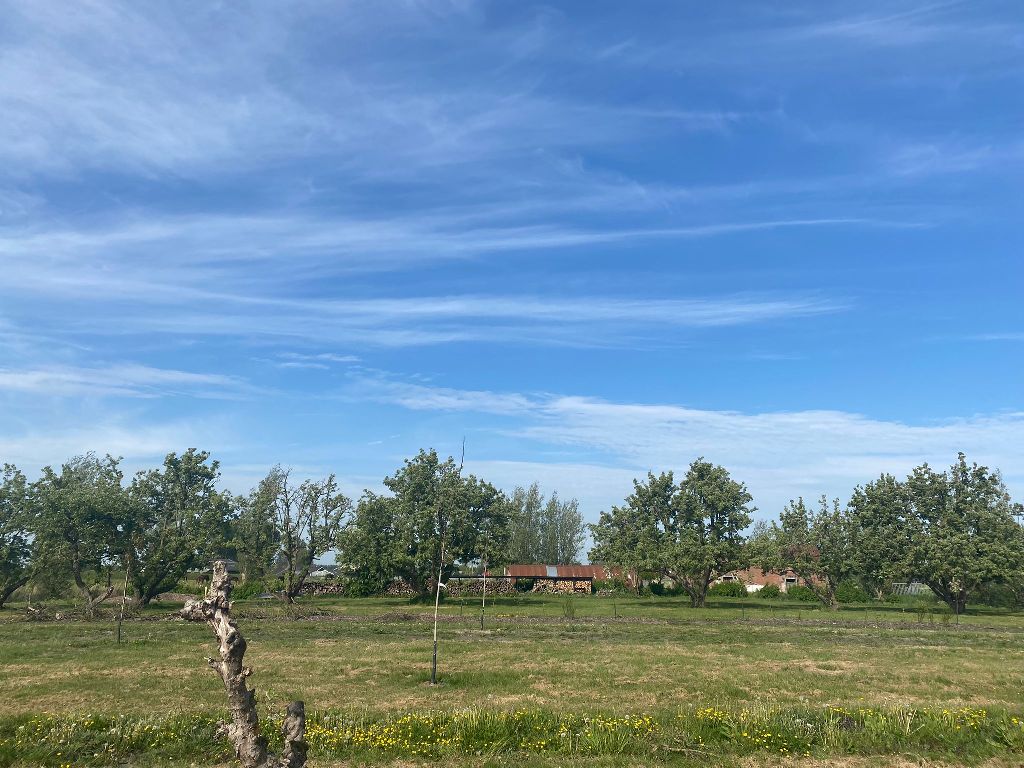 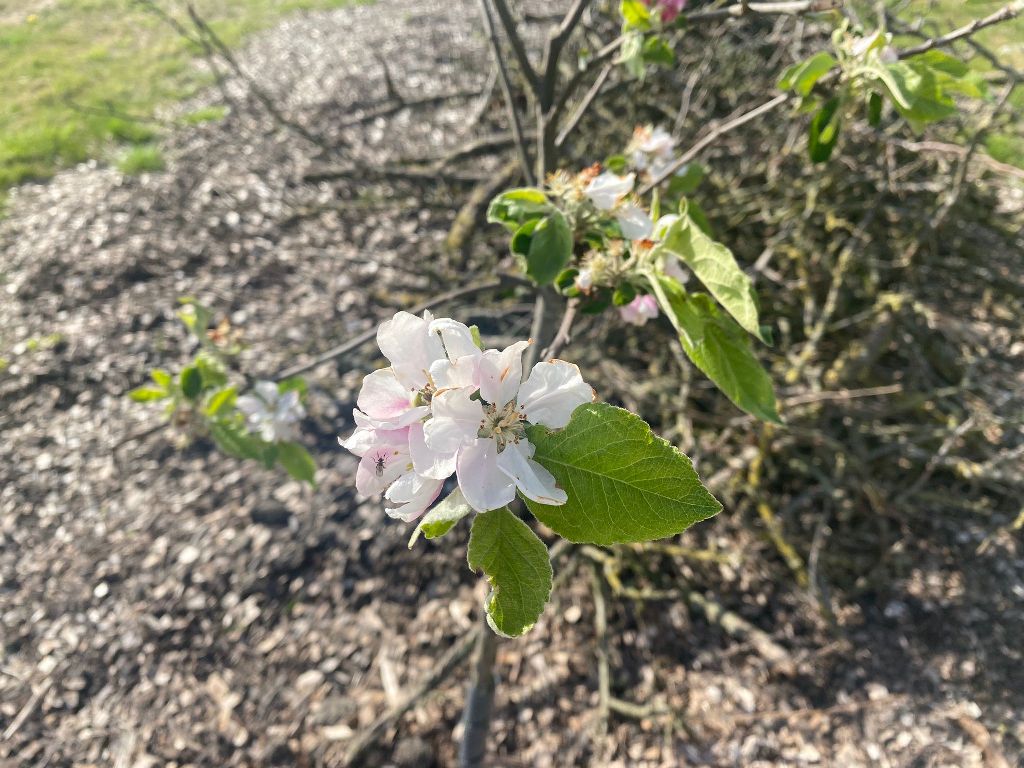 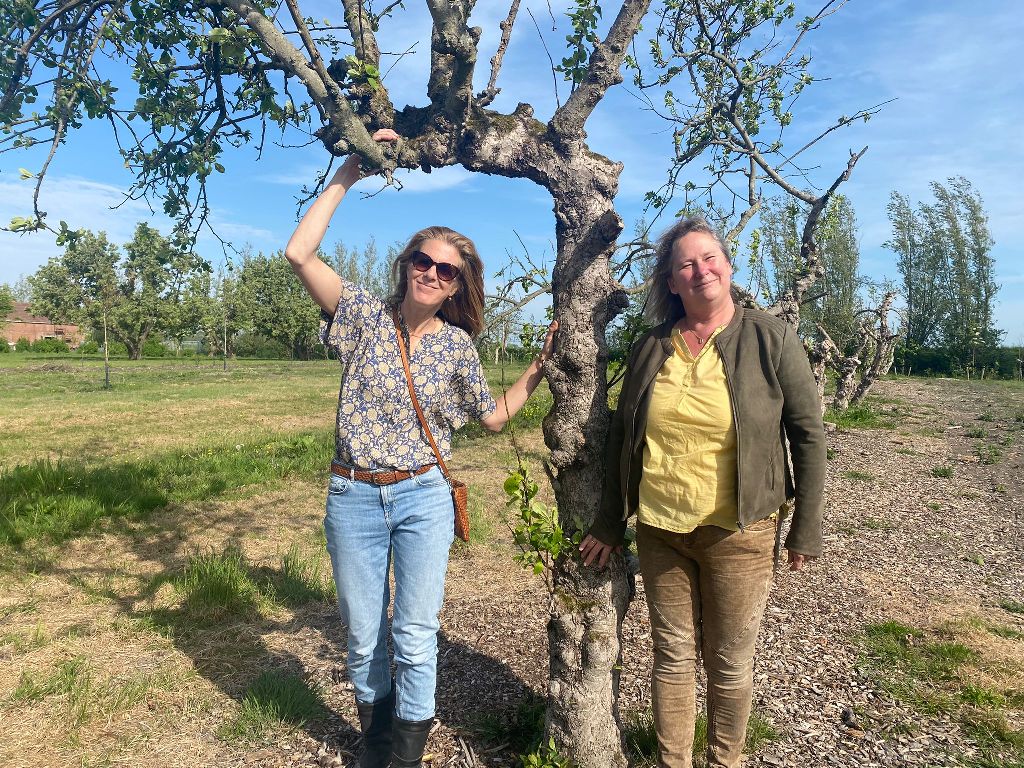 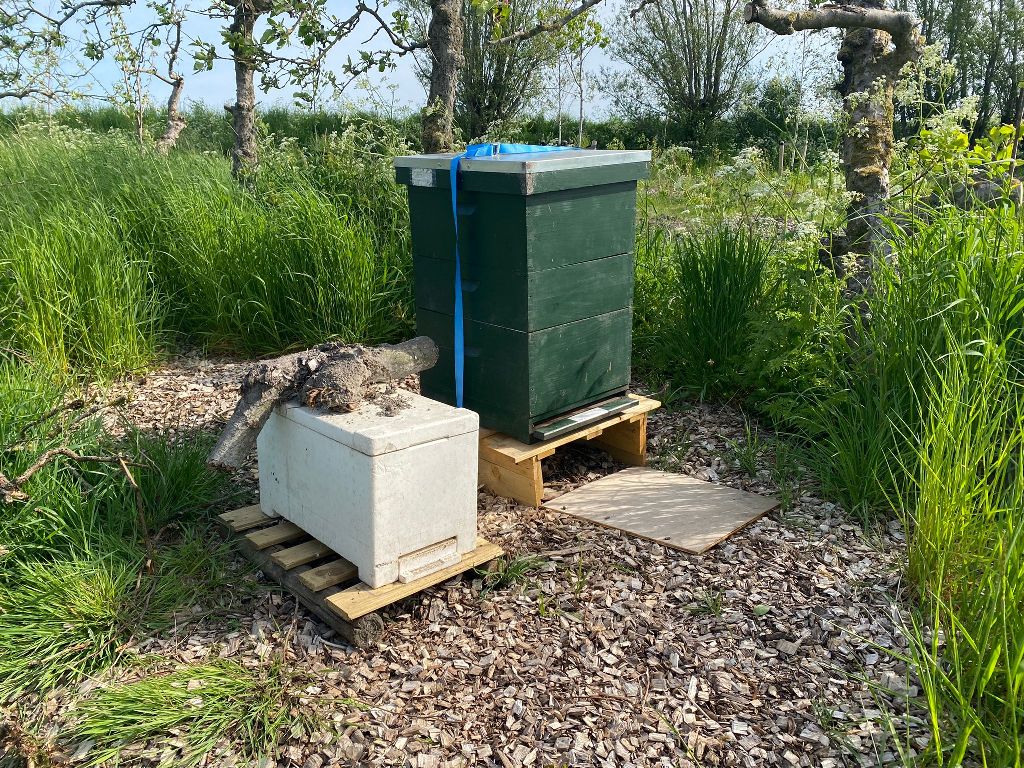 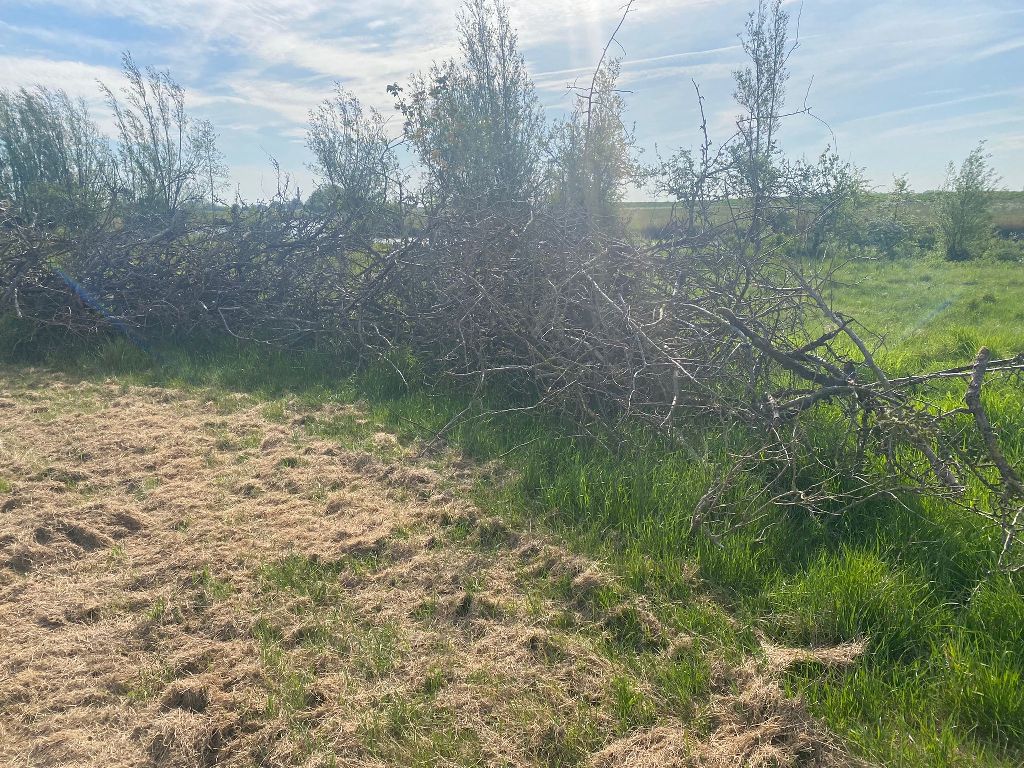