This year, 25 residents of the municipality received a royal award during the band rain. Six women and nineteen men, 23 members of the Orange-Nassau Order and two knights.

One of the two knights is 41-year-old Roland de Groot from Blerick. He has been active for almost twenty years for the Social Security Platform North and Central Limburg. It is a place where sick employees, the incapacitated and other recipients of unemployment benefits can approach with questions and problems. De Groot is, among other things, office manager and secretary.

The other brand new Knight in the Orange-Nassau Order is Ton Holthuijsen from Venlo. He is chairman of the Civile Almuehuse foundation, which is committed to caring for poor and orphaned children. The 79-year-old Holthuijsen also has an extensive track record with various organizations in the horticultural sector and Rabobank Venlo and the surrounding area, where he was a board member and chairman.

Wendelien Niessen-Hamans (79) from Steyl has also received a royal decoration. Since the 1990s, she has been active as a volunteer at locations of the De Zorggroep in Tegelen and the triduum in Steyl. She supports the residents of De Nieuwe Munt with breakfast, lunch and recreational activities. 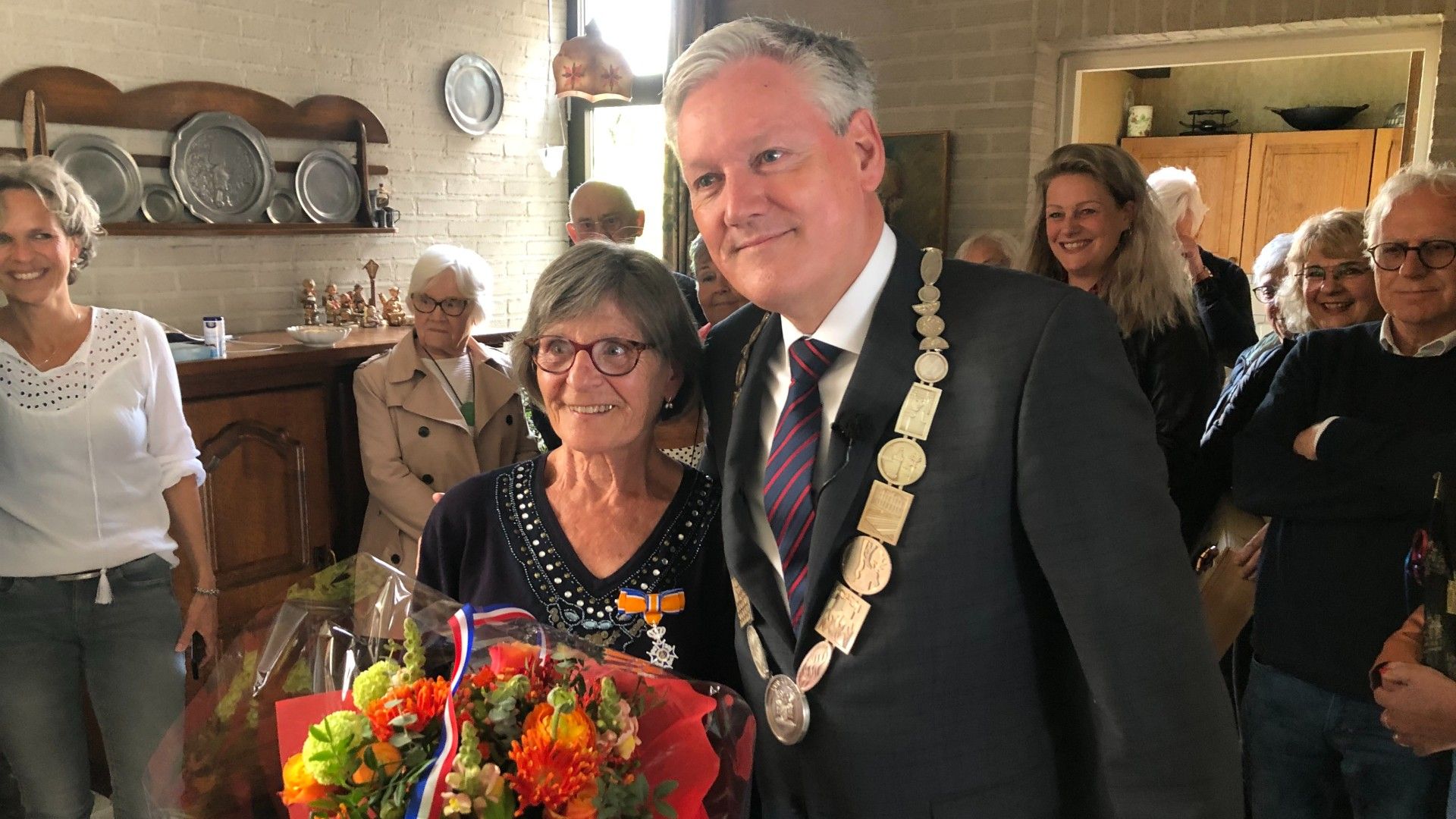 Ber Vinken is 64 years old and also comes from Steyl. He is indispensable as a volunteer in Sportclub Irene. He has been with the club since 1984, long in the role of board member for general technical affairs. For the last ten years he has been found in the club almost daily and he is, among other things, a consultant and the one who manages the do-it-yourself team. Vinken is now a member of the Orange-Nassau Order. 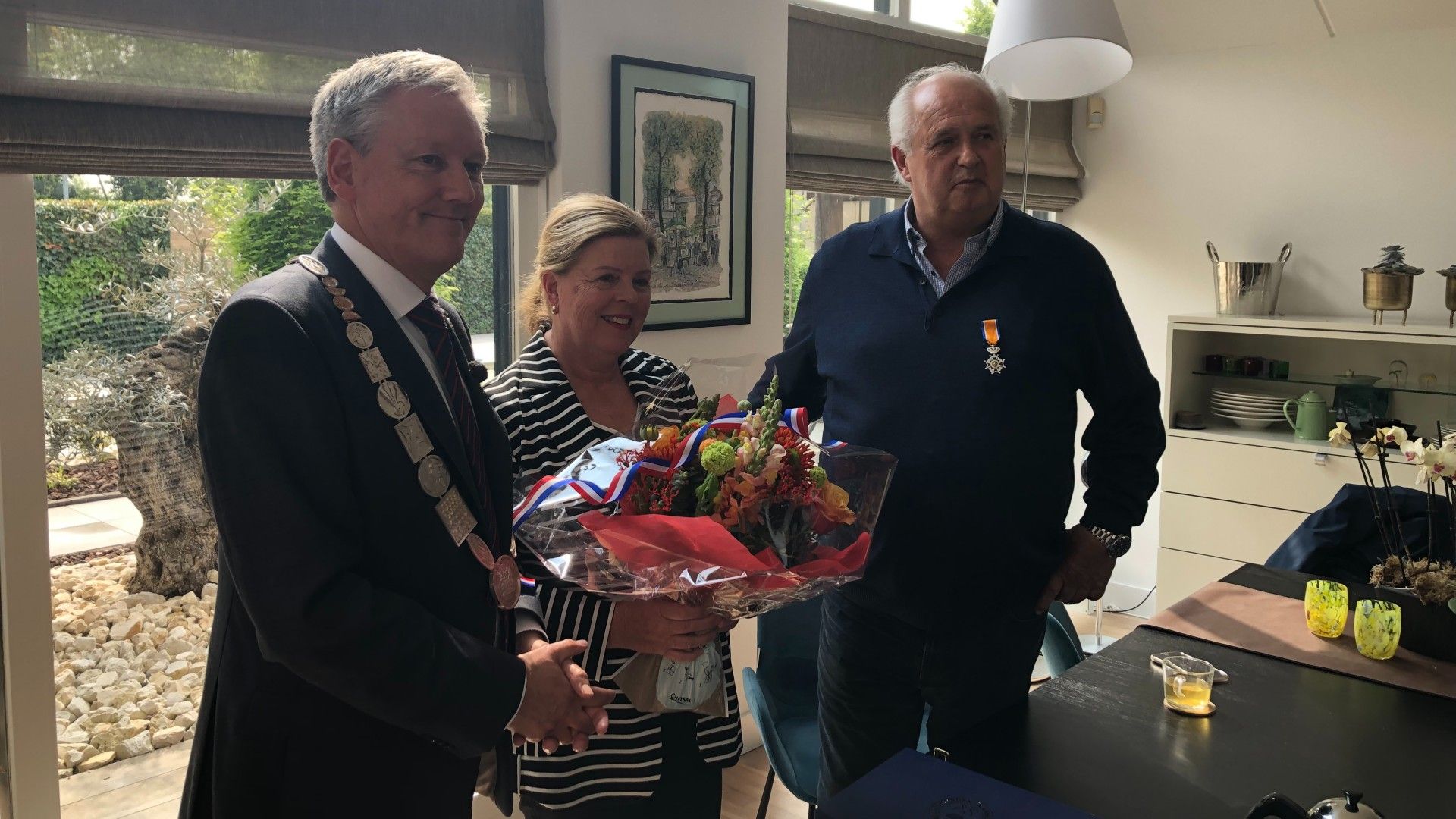 In Boekend, there was music for 53-year-old Freek Kusters. In the village he is involved in the carnival company De Worteleschrabbers (he was a prince, adjutant and ours), was a board member of the organization Boekend Events and active in the football association RKBVC. 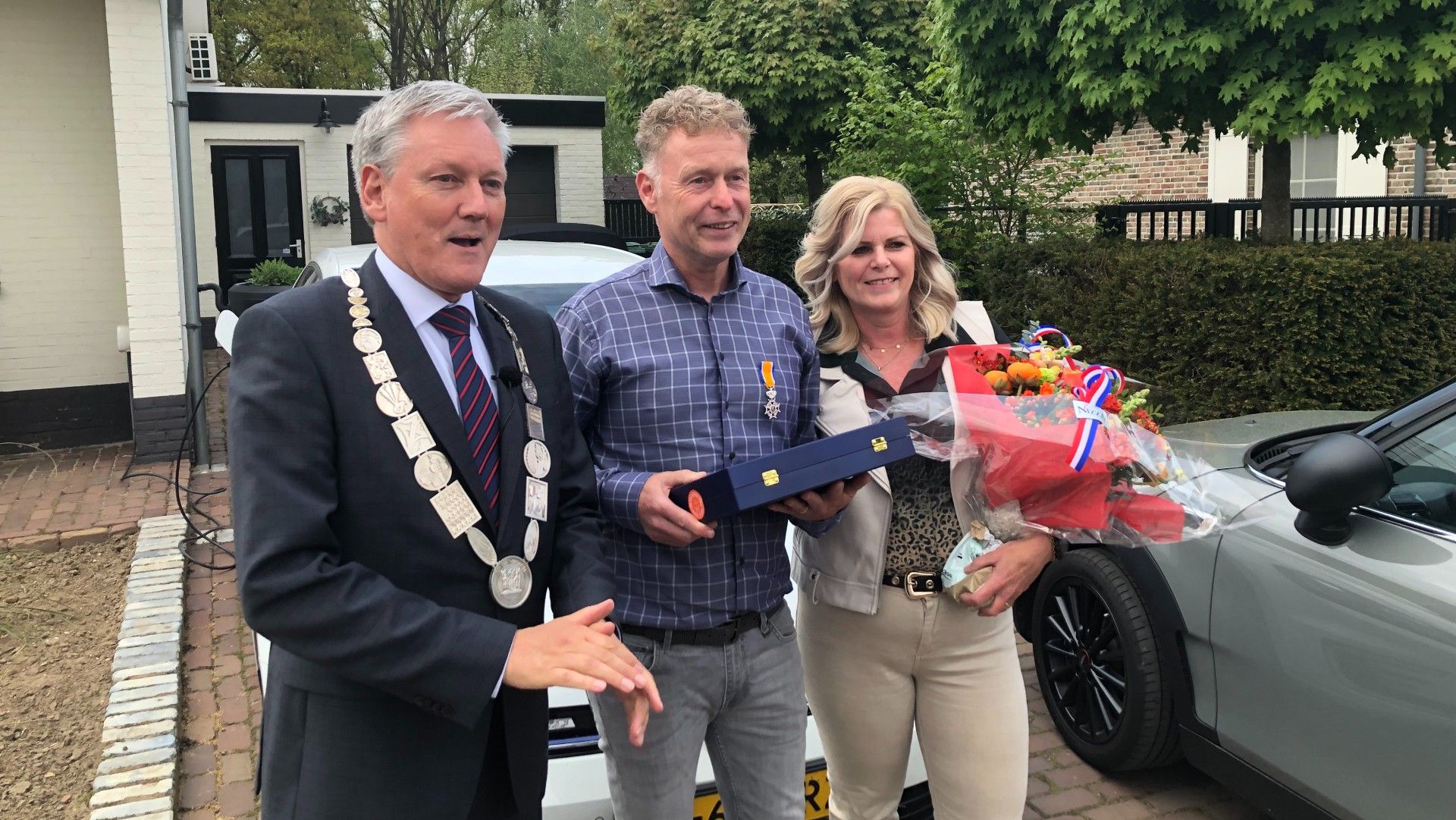 Tegelenaar Ruud Plum is now also a member of the Orange-Nassau Order. He was for a long time active for harmony Semper Avanti. Plum, 67, is co-founder and chairman of the foundation Uw Wijkbus, which provides transport for the elderly and people with disabilities. He is also involved in Tegels Information Point and the Noordkern District Council. 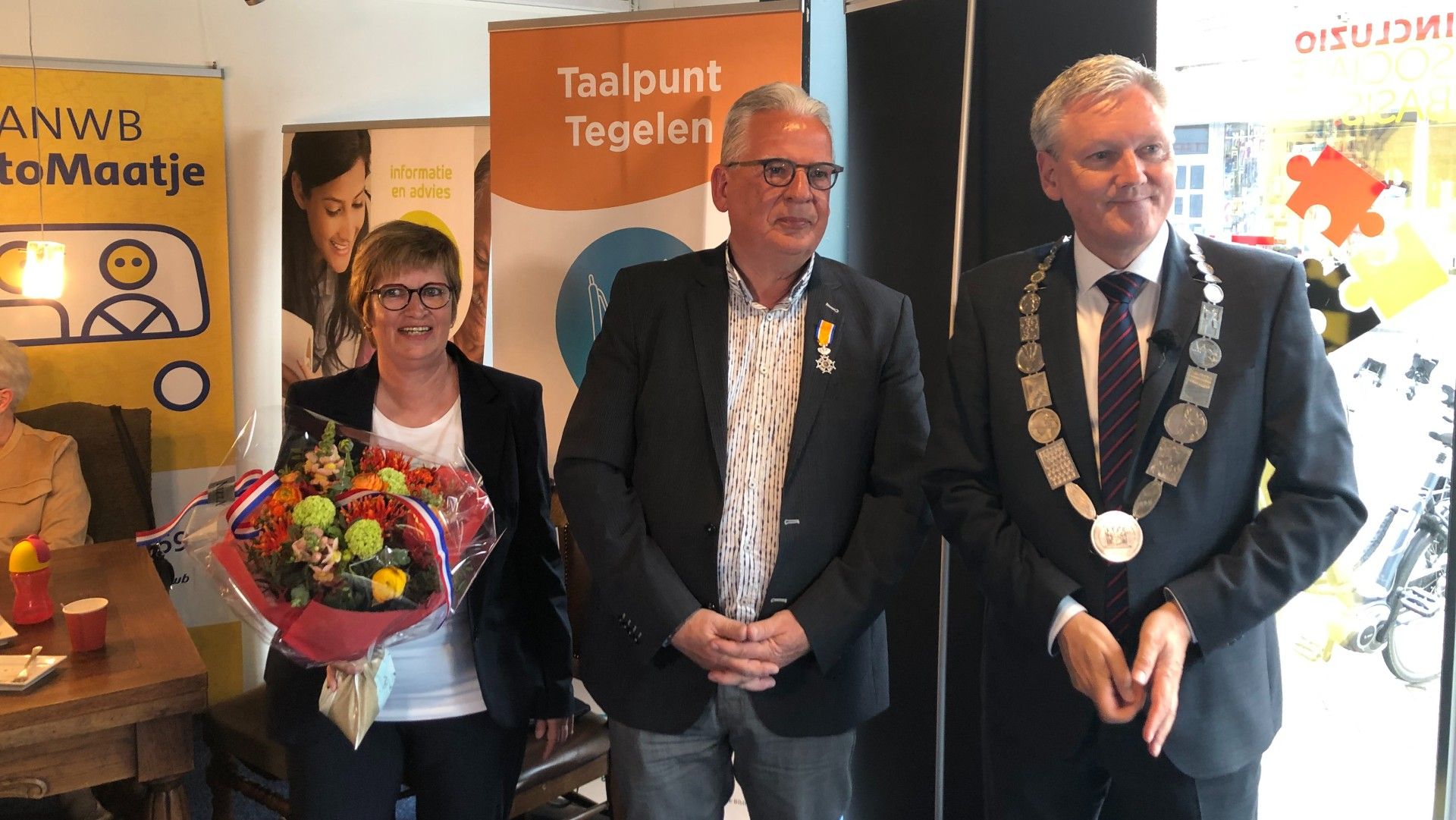 Jack Schatorjé (69) from Venlo got his bond, among other things, due to his voluntary involvement in the regular Jocus company. There he was part of the Joeks Committee, the Hofbal Committee and he was important to the young regulars. Schatorjé was also a volunteer in Joeks Jagers and the hockey club Groen Wit. 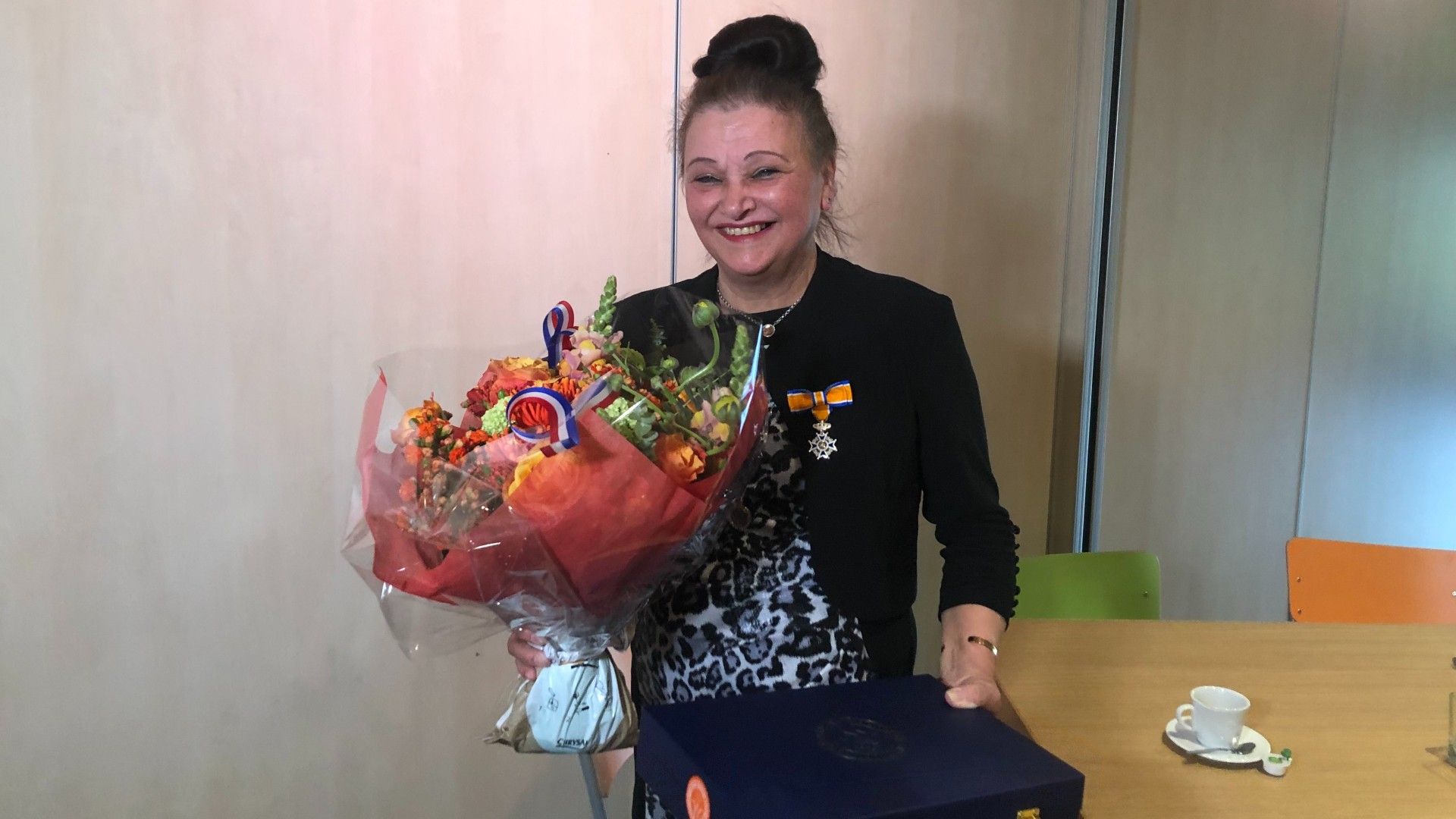 As of today, 67-year-old Paul Koetsenruijter from Blerick can call himself a Member of the Orange-Nassau Order. This distinction he owes to his commitment to the Franciscus Choir. As chairman, he made the church choir an independent association. Koetsenruijter was also previously active for the Religious Music Festival. 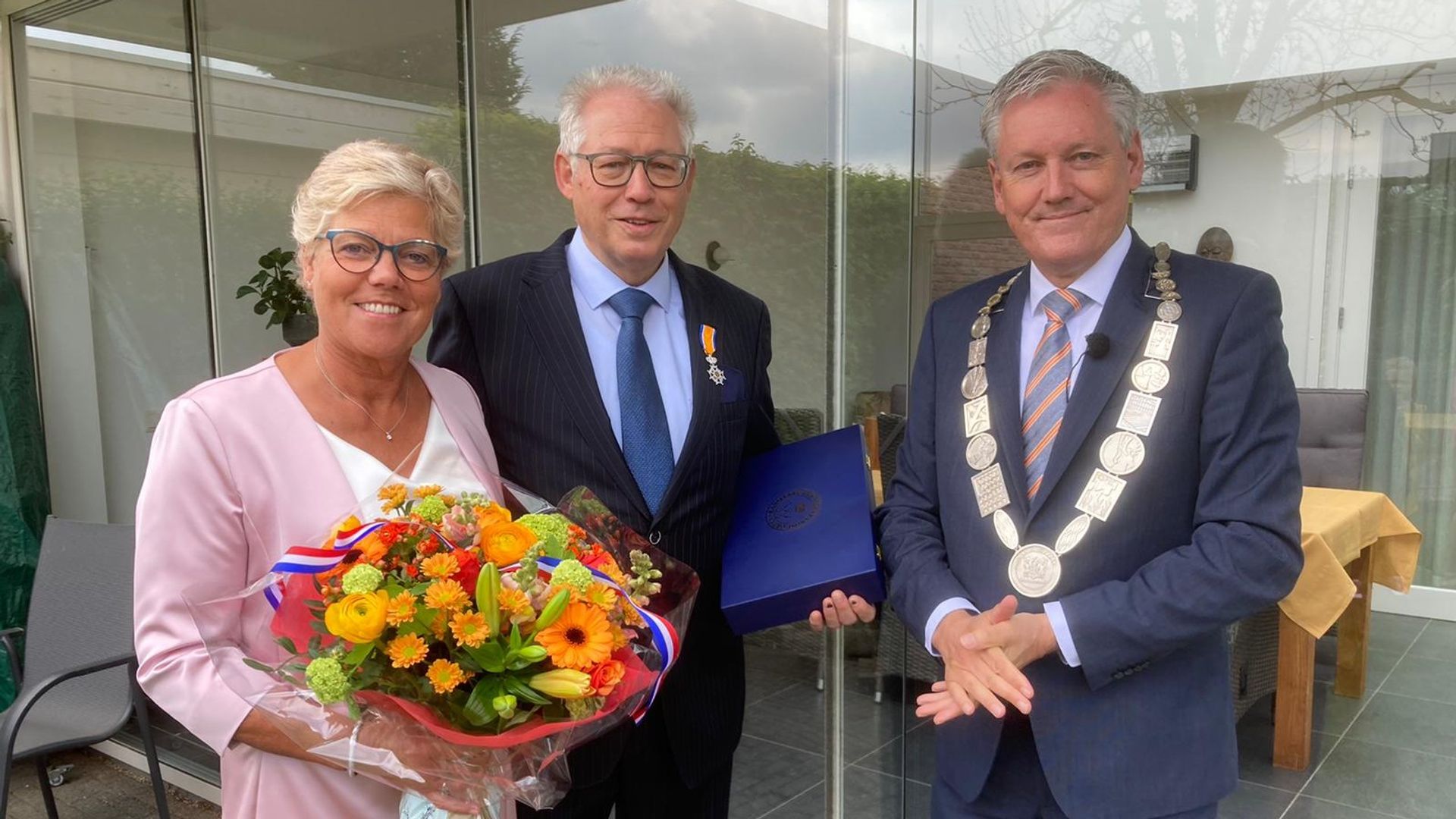 Blerickenaar Paul Lenders was chairman of SV Blerick for fifteen years until last year. He is still active for the football club, including as vice-president. The 59-year-old Lenders has been involved with the carnival association De Wortelepin for thirty years. There he was one of the founders of the youth department. 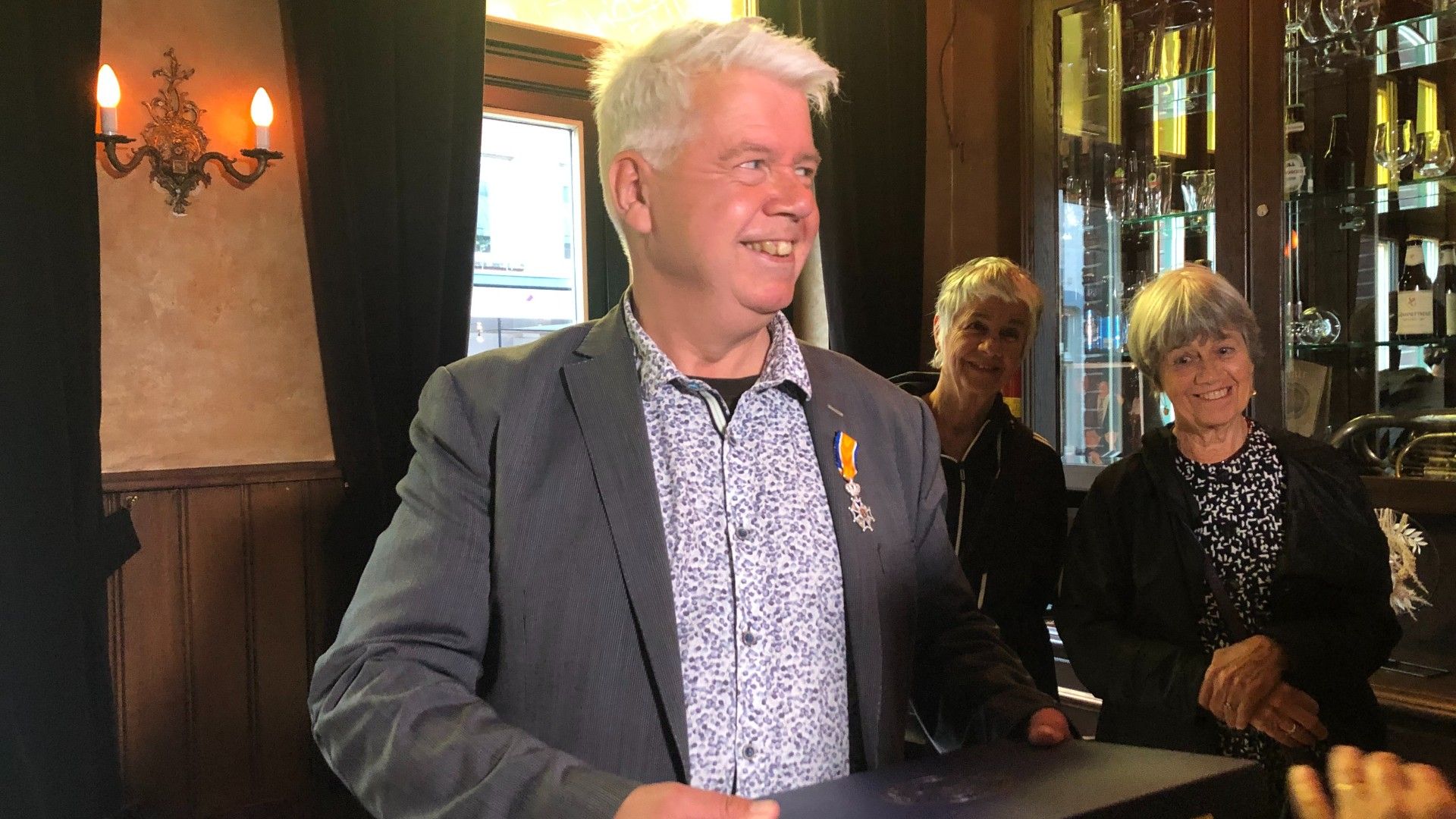 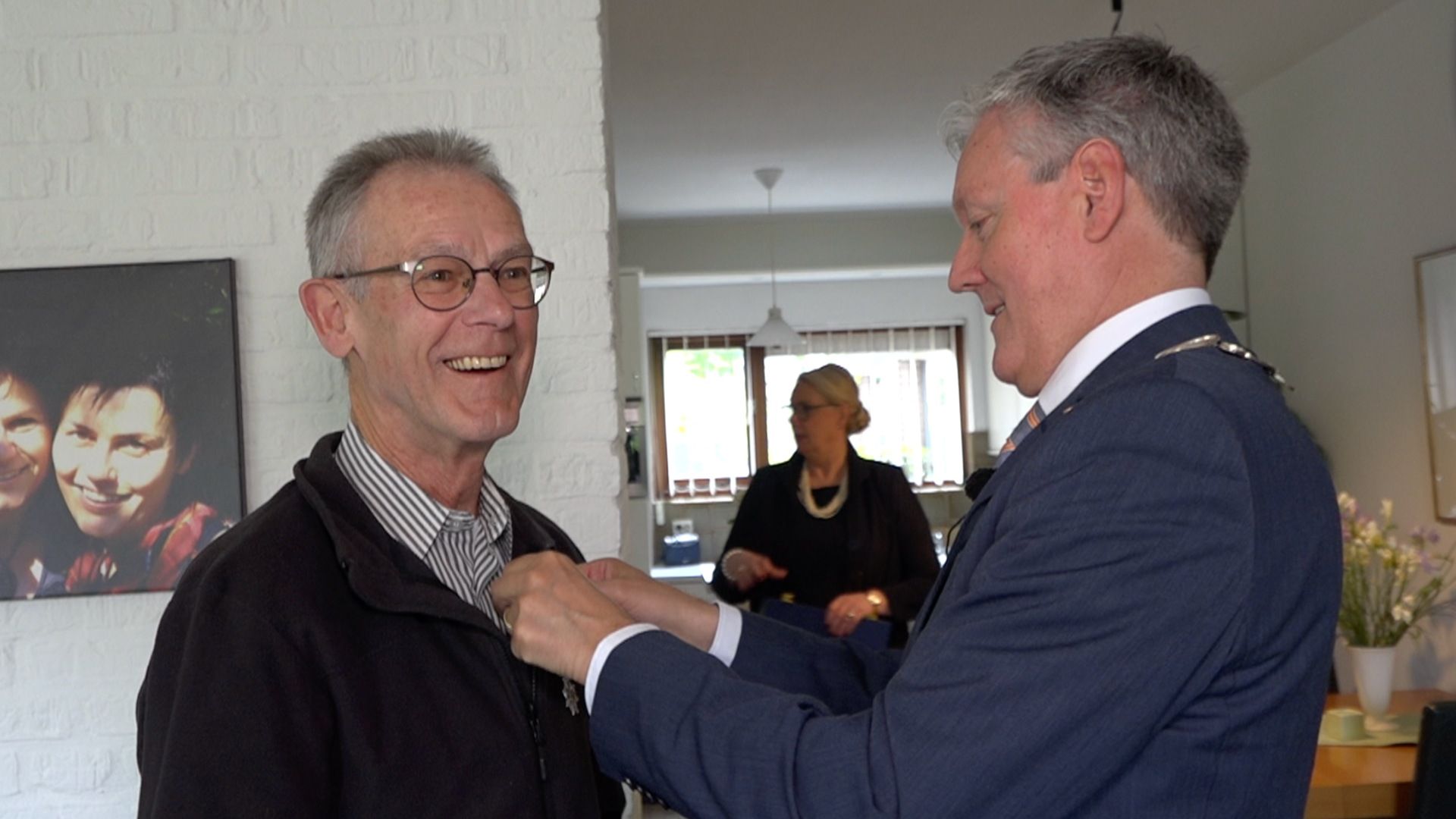 There is also a royal award for Noud Linders (73) from Blerick. He has been a volunteer at the Youth Church in Venlo for half a century. He visits the sick and elderly and helps with the collection. Linders is also a volunteer at De Meeuwbeemd care center and Emmaus Feniks. 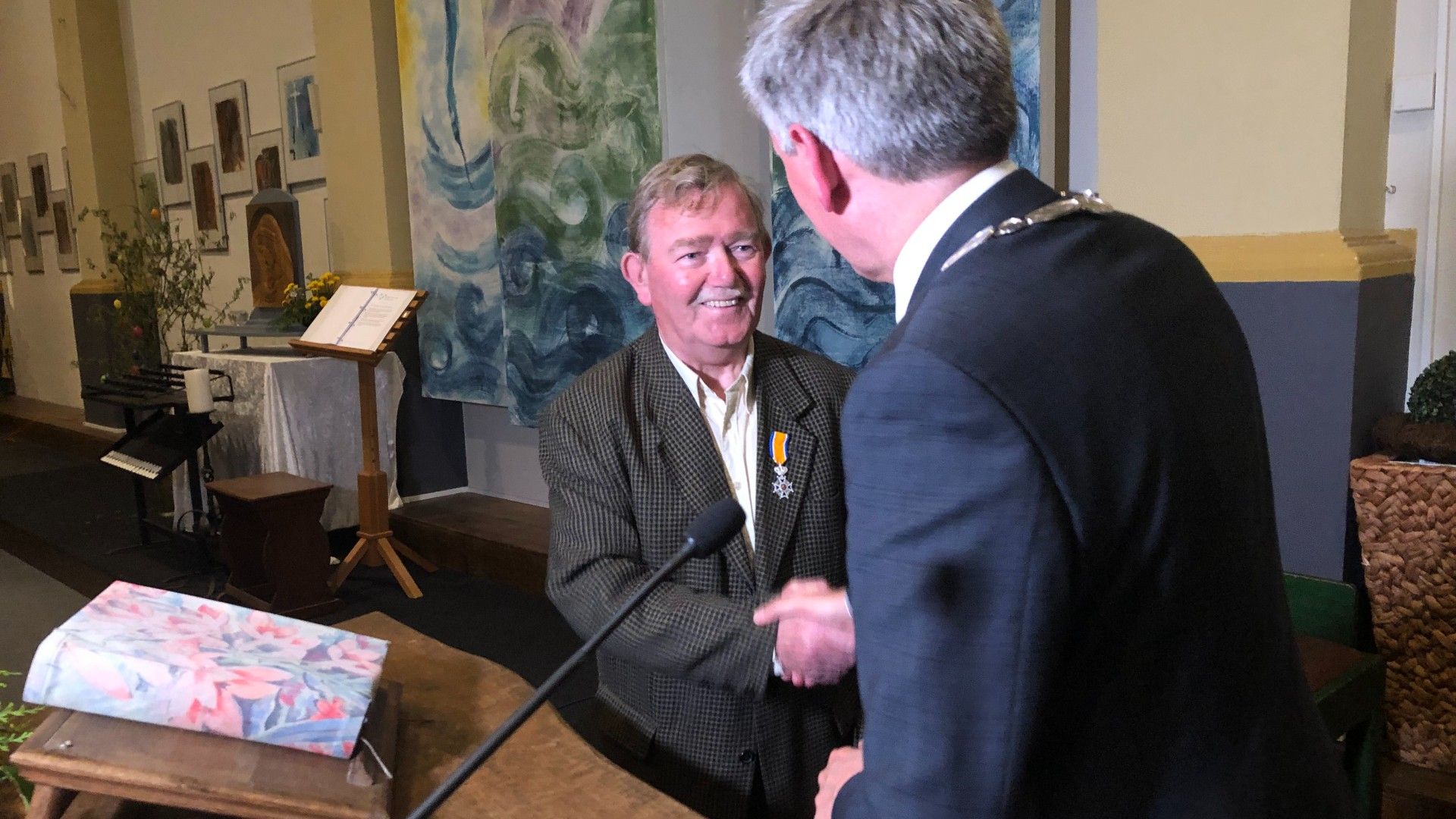 Also a ribbon for Ger Gerards (74) from Tegelen. He has for a long time been a volunteer for Tegelse Hofzangers and the carnival association D’n Oeles, where he was one of the founders of the youth department. He organizes activities for residents at the De Nieuwe Munt location in De Zorggroep and has been monitoring security since the corona pandemic. 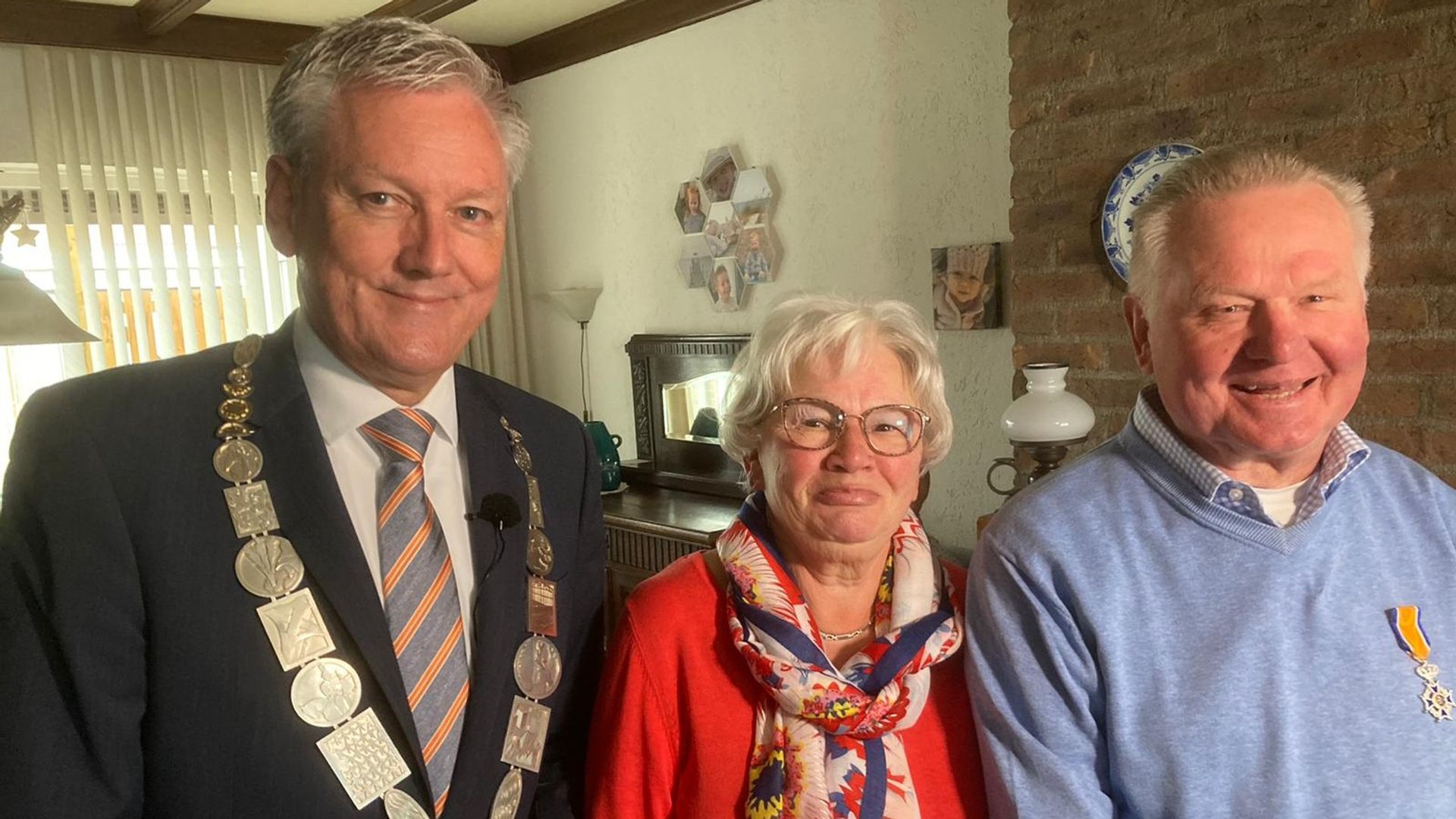 Arcenaar Wiel Rutten (79) is also a member of the Orange-Nassau Order. He volunteers at the open walk-in De Schans, where he cooks and arranges activities. He set up a transportation service through which the elderly can be brought and picked up. Previously, he was active in the Arcen on the mainland (including as director of De Keieschieters), in the football club DEV and in the Koninklijke Harmonie (including chairman). 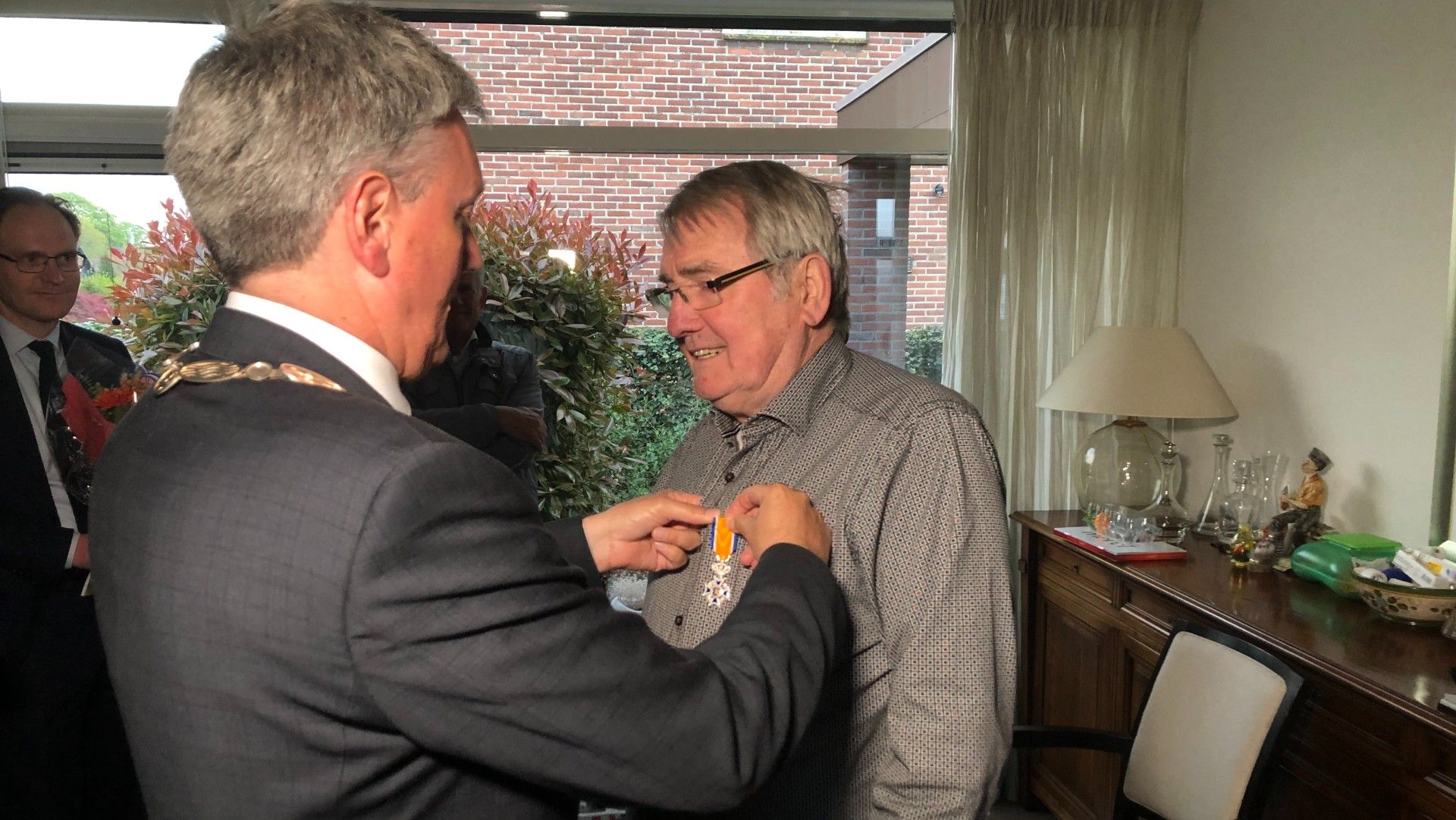 In Blerick, there is also a bond with Gilbert Idink, who for many years has been a volunteer in the football club SV Blerick and the carnival association De Wortelepin, where he was prince in 2009. He committed himself to the BlariaCultura Foundation, which organized, among others, Marcato Mondial and Venlo CDA. For a couple of years, 50-year-old Idink has now been chairman of Showorkest Harmonie Fortissimo. 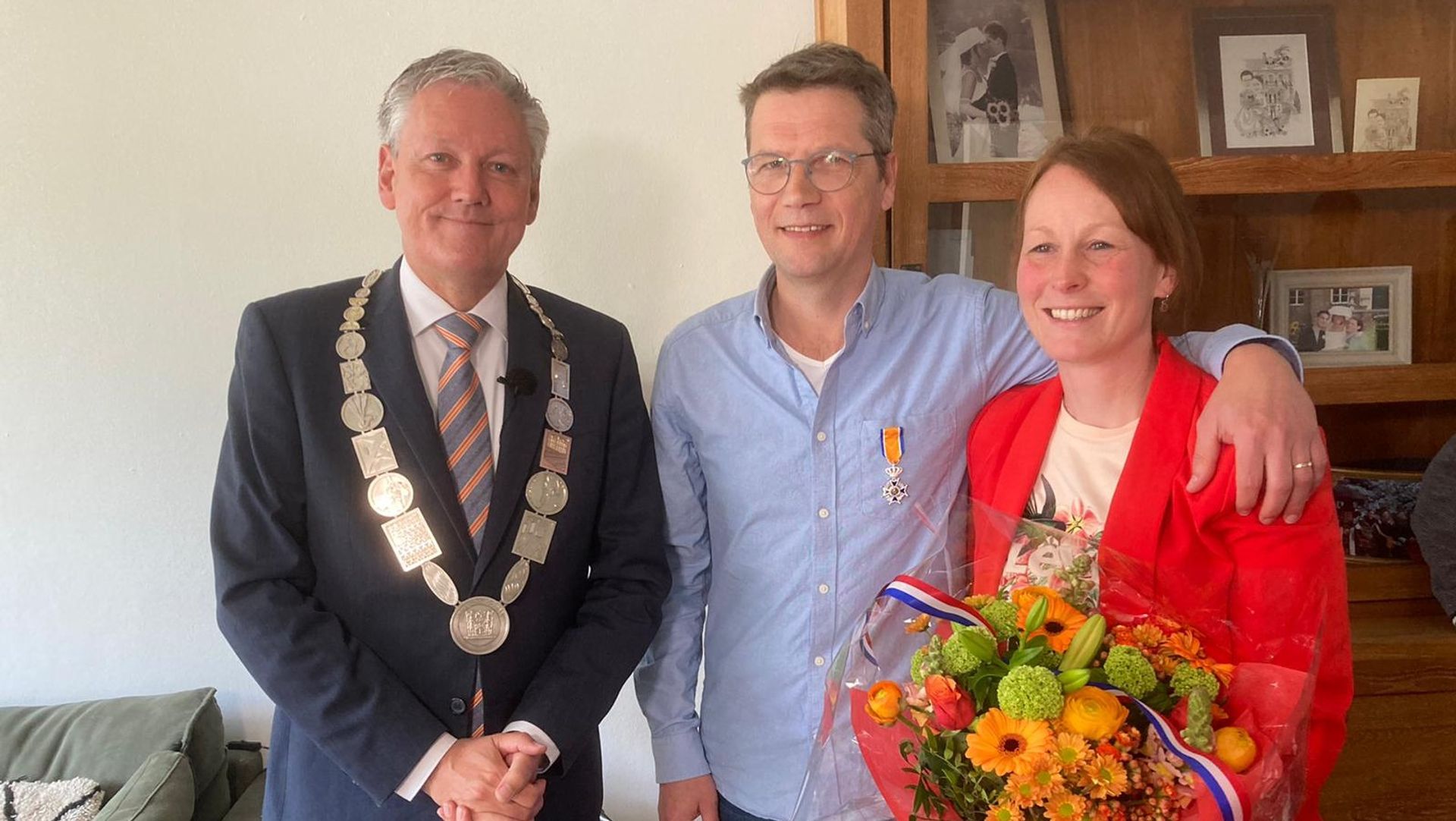 And then there is Ger Schloesser from Arcen, one of the driving forces behind the billiard club Inaborg in the village. He is also the founder and volunteer of the Roparun Team Arcen. Previously, the 63-year-old Schloesser was active as a board member in children’s holiday work and the atmospheric markets in Arcen. He has also been appointed by the King as a member of the Orange-Nassau Order. 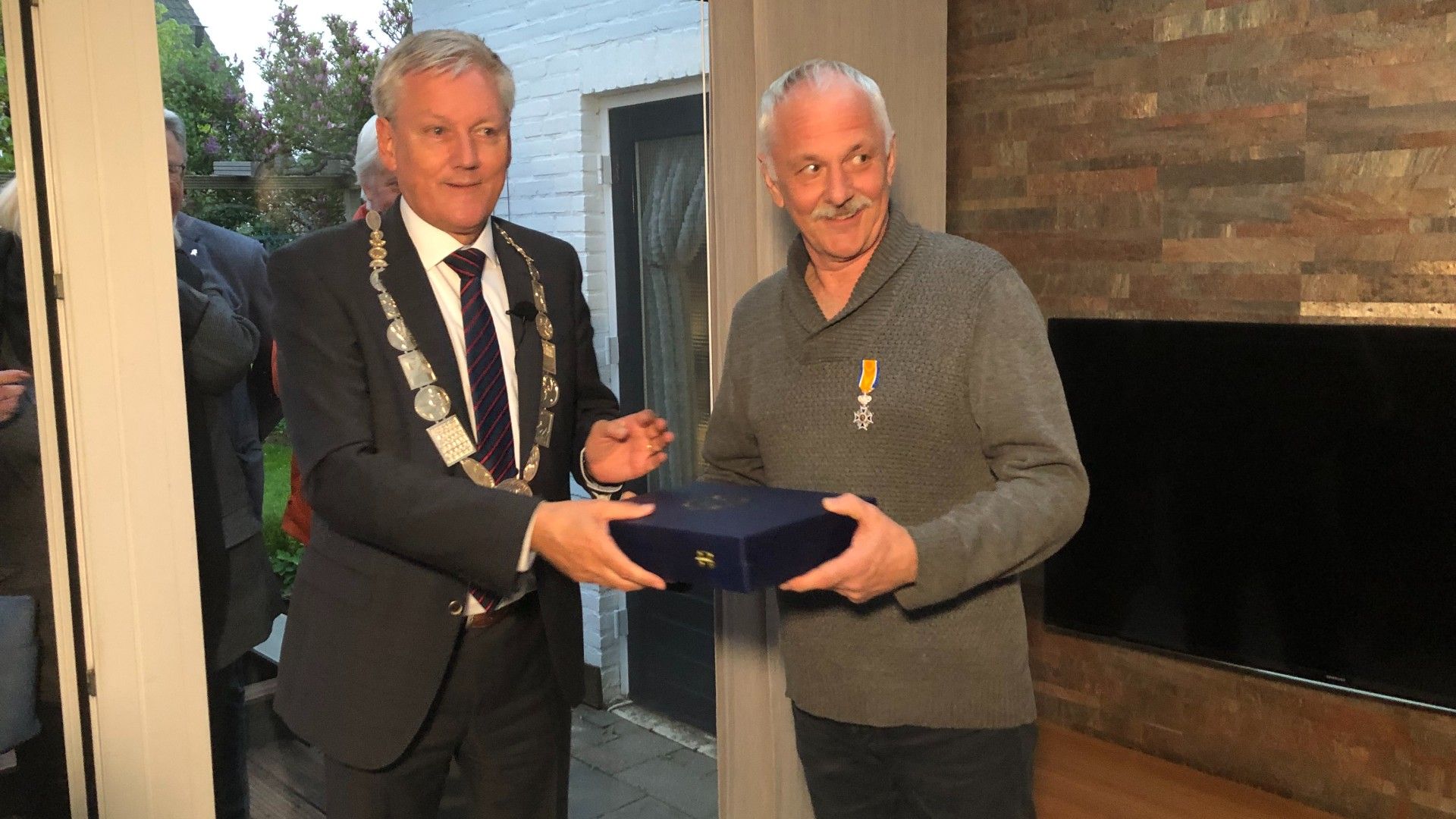 Wiel Oehlen from Tegelen is responsible for the management of the open-air theater De Doolhof. He is a co-founder of the foundation, which deals with theater, was chairman for some years and has been a board member for technical affairs for many years now. In that role, he leads volunteers and performs maintenance work himself. Oehlen, 76, also offers guided tours of the De Doolhof. 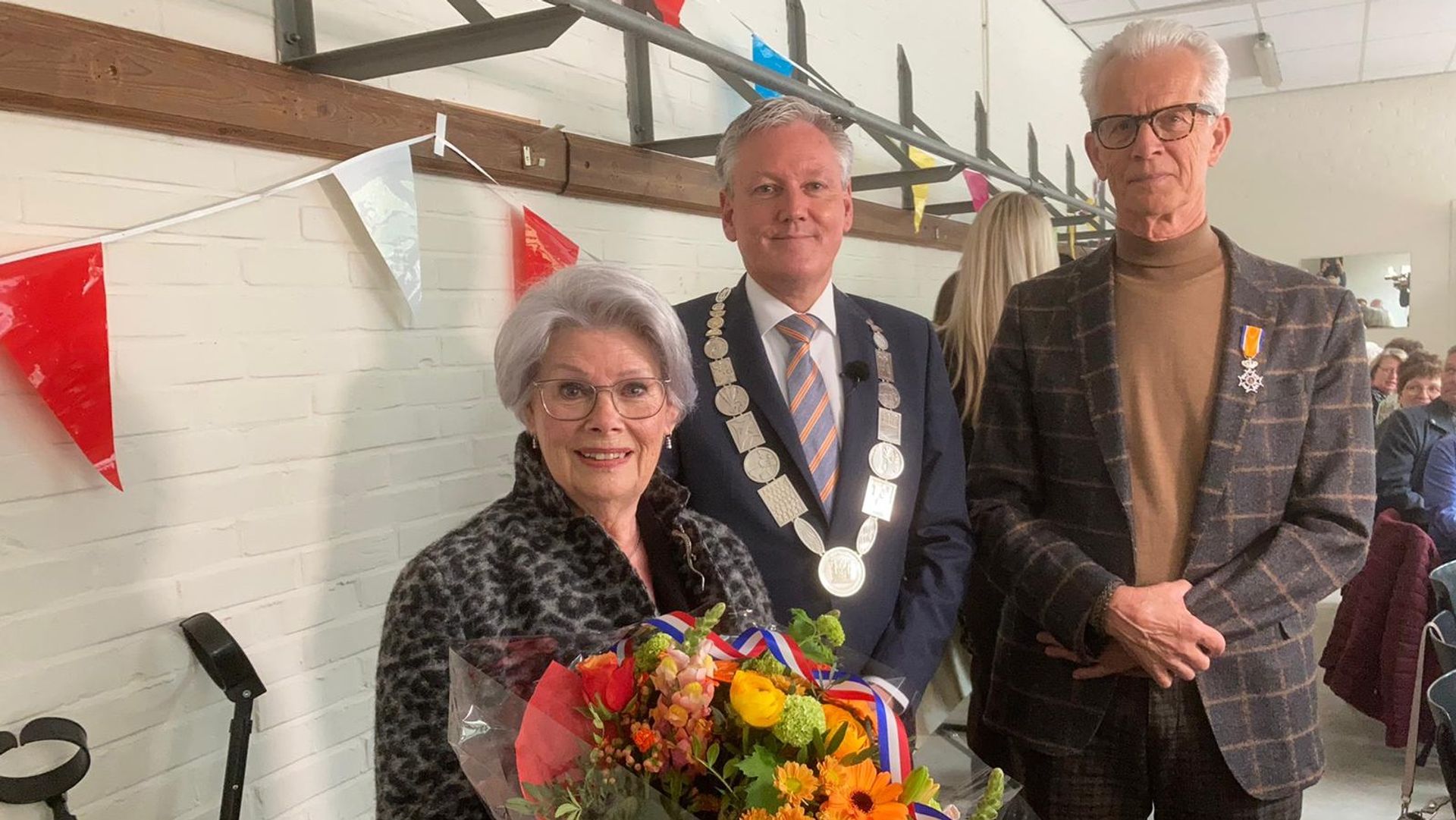 The 75-year-old Nelly Hauser-Mulders has been there for the people of Velden for decades. There she volunteered for the Heart Foundation and children’s holiday work. She helps with various fundraisers, is a volunteer at the KBO department in Velden and is a caregiver for three disabled women, including her neighbor and neighbor girl. All that’s good for a band. 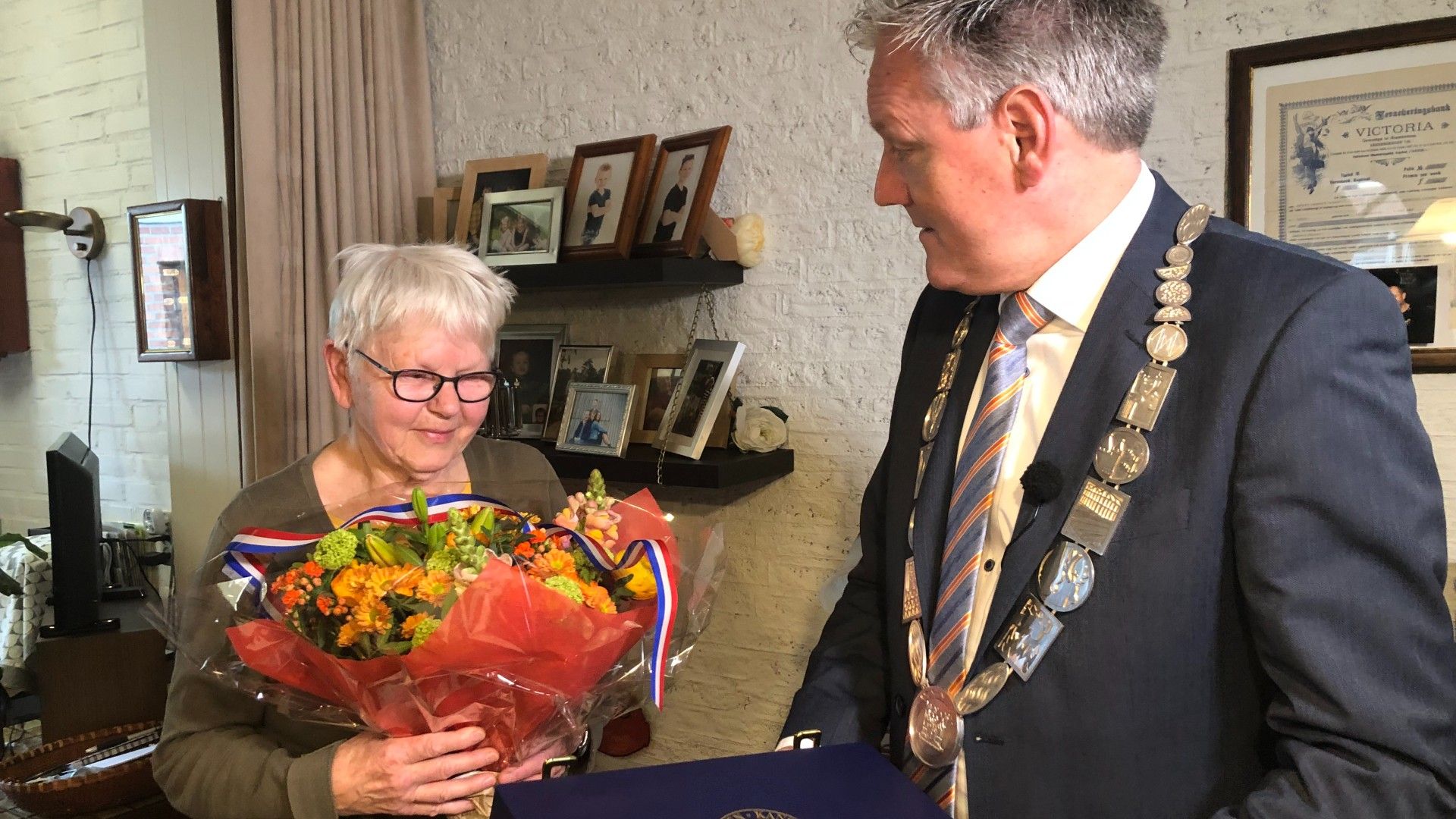 Nettie Engelen-Janssen (70) from Tegelen has for years done a lot to teach the elderly to work with computers, tablets and smartphones. She is the founder of SeniorWeb Tegelen. She has also been active as a volunteer in the World Pavilion in Steyl since 2014, and in 2016 she founded the youth association Past Youth. She is now a member of the Orange-Nassau Order. 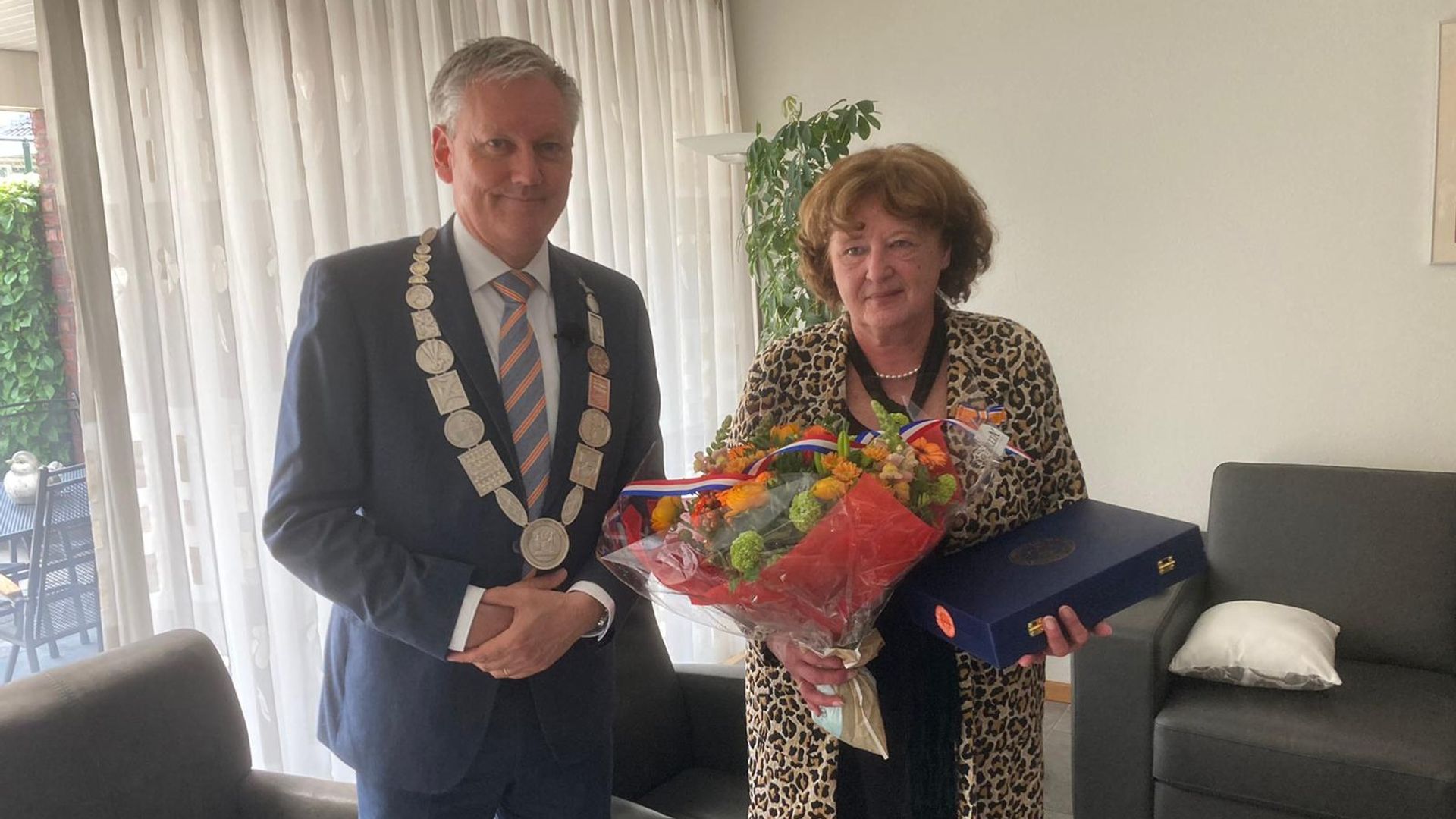 Jos van Maasakker from Tegelen, who has been involved in society for decades, received the same award. The 82-year-old Van Maasakker was (or still is) on the board of Tegelse Hofzangers, the Witte Kerk Foundation, the Tegelse Lawn Tennis Club, the Safe Traffic Netherlands district in Limburg and the Catholic education Tegelen-Oost Foundation. 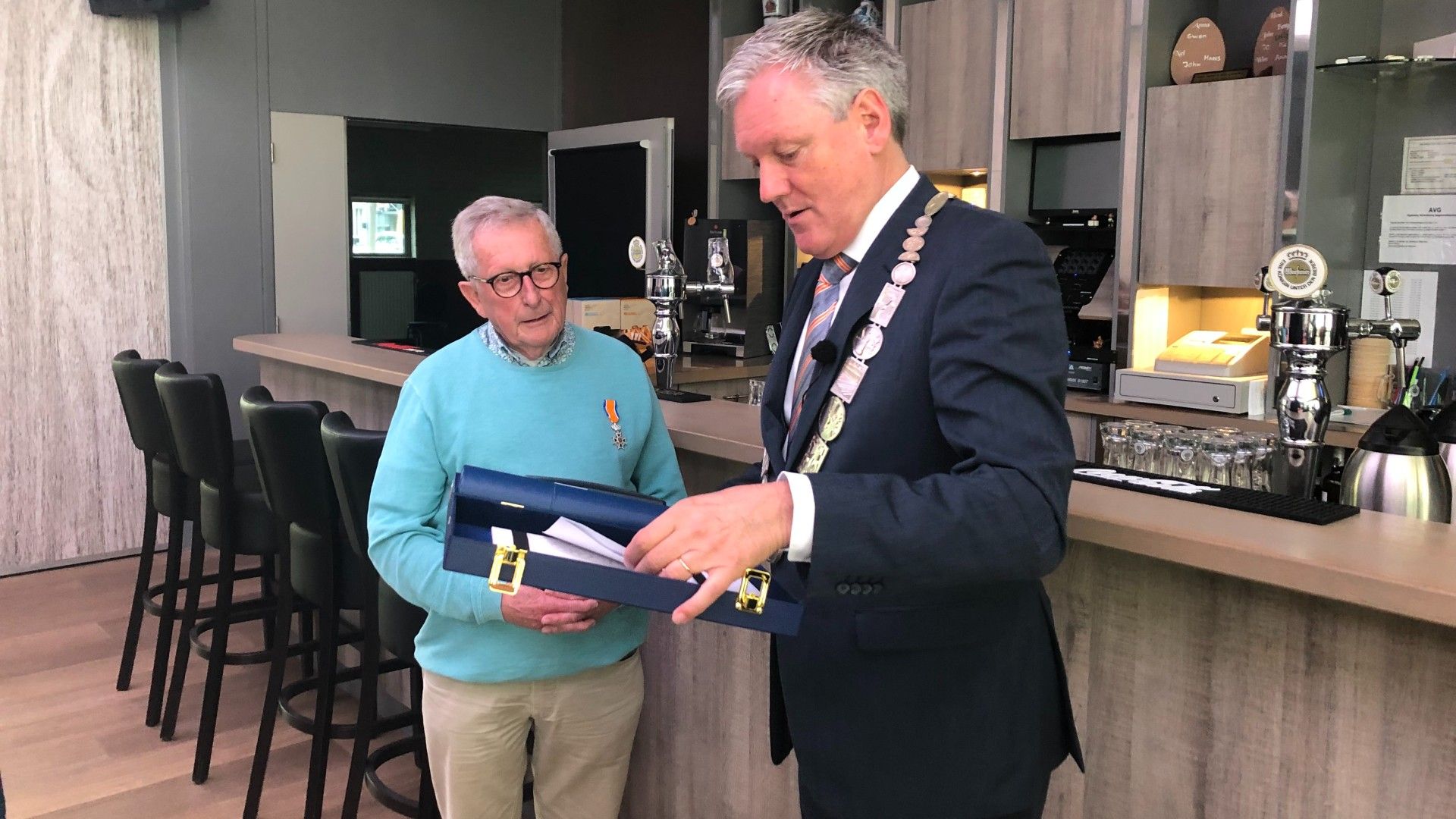 Brigitte Borghaerts (68) from Steyl was also visited by Mayor Antoin Scholten. She has been a child rights activist for many years. In that role, she works for children who fall between two chairs in asylum procedures. Her efforts prevent procrastination. As an expert, she is a source of information for lawyers, attorneys, interest groups, and politicians. 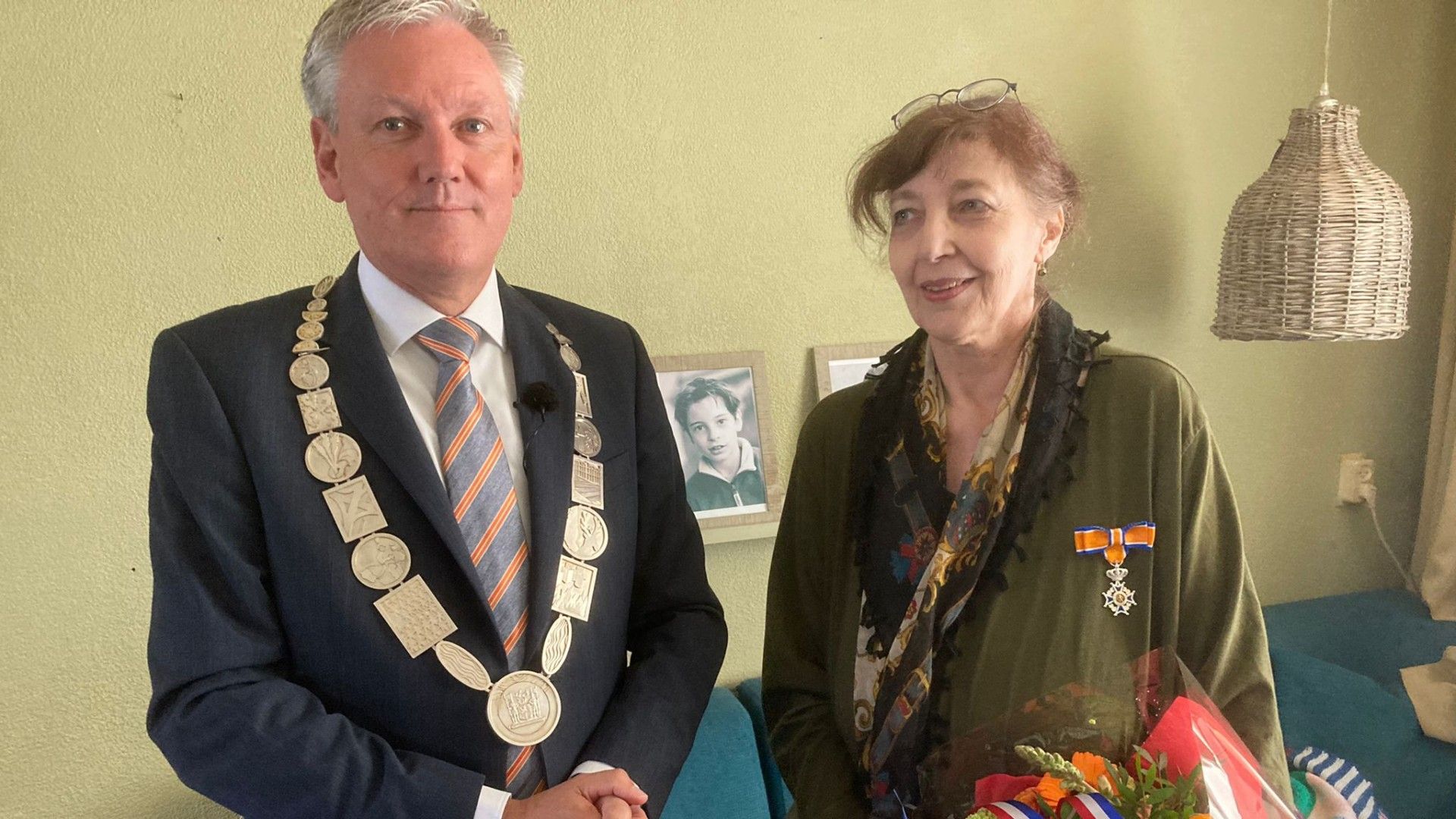 Venlose An Tagage-Titulaer (83) supports and guides them in times of need. She has been doing this since the 1970s at Venlo-Blerick General Contingency. She also volunteers with De Beerendonck and De Zonnebloem. Previously, Tagage was a meal offer for Tafeltje Dekje. 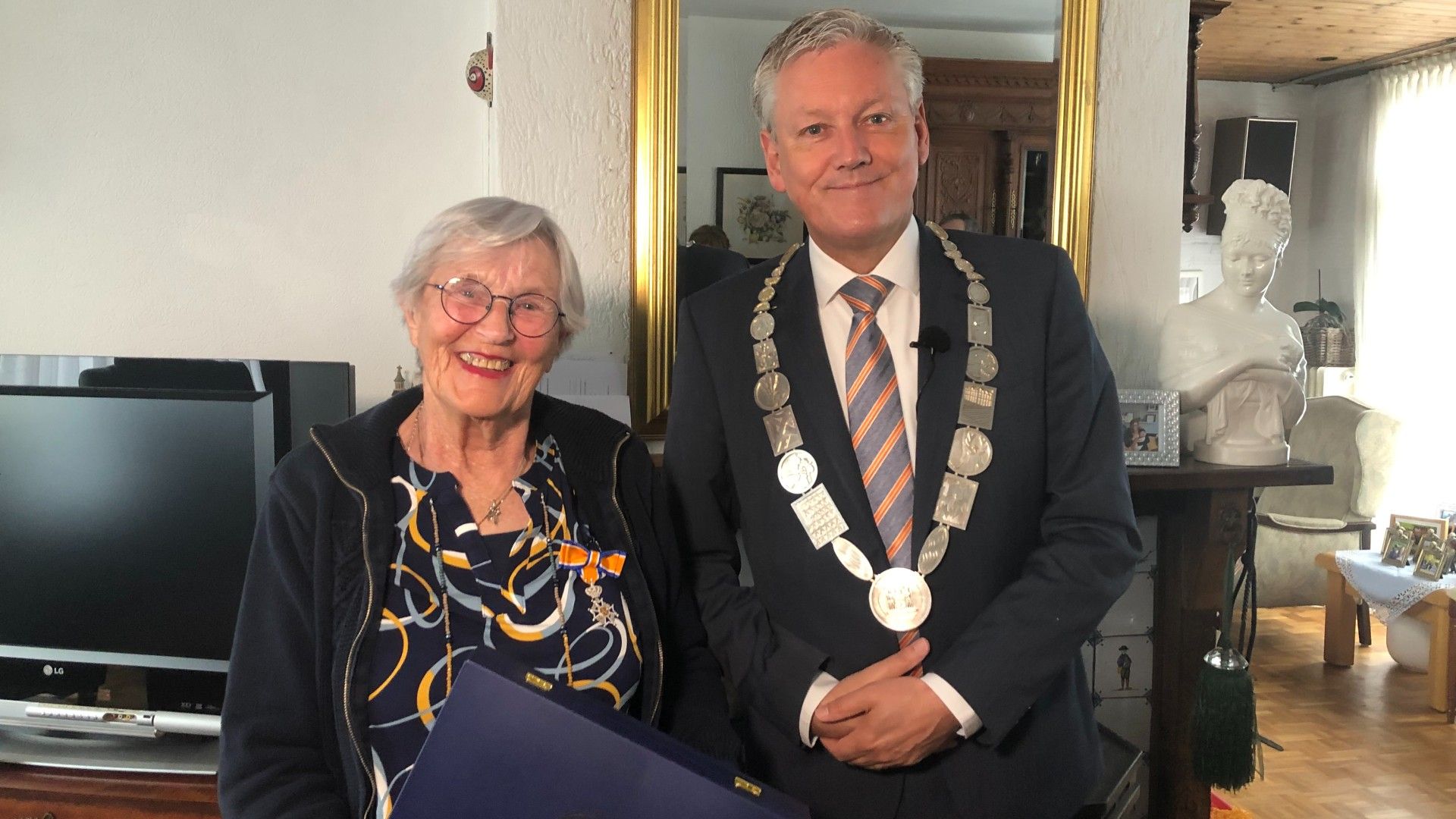 Paul Lucker from Belfeld has been active for the Red Cross in the village since 1975, and has since been continued as the Belfeld First Aid Fund. He is a first aider at events and teaches. He played an important role during the high tide of the 1990s. Lucker is also a volunteer at Dansgroep Tegelen and MA-Run, the sidecar ride for people with disabilities. 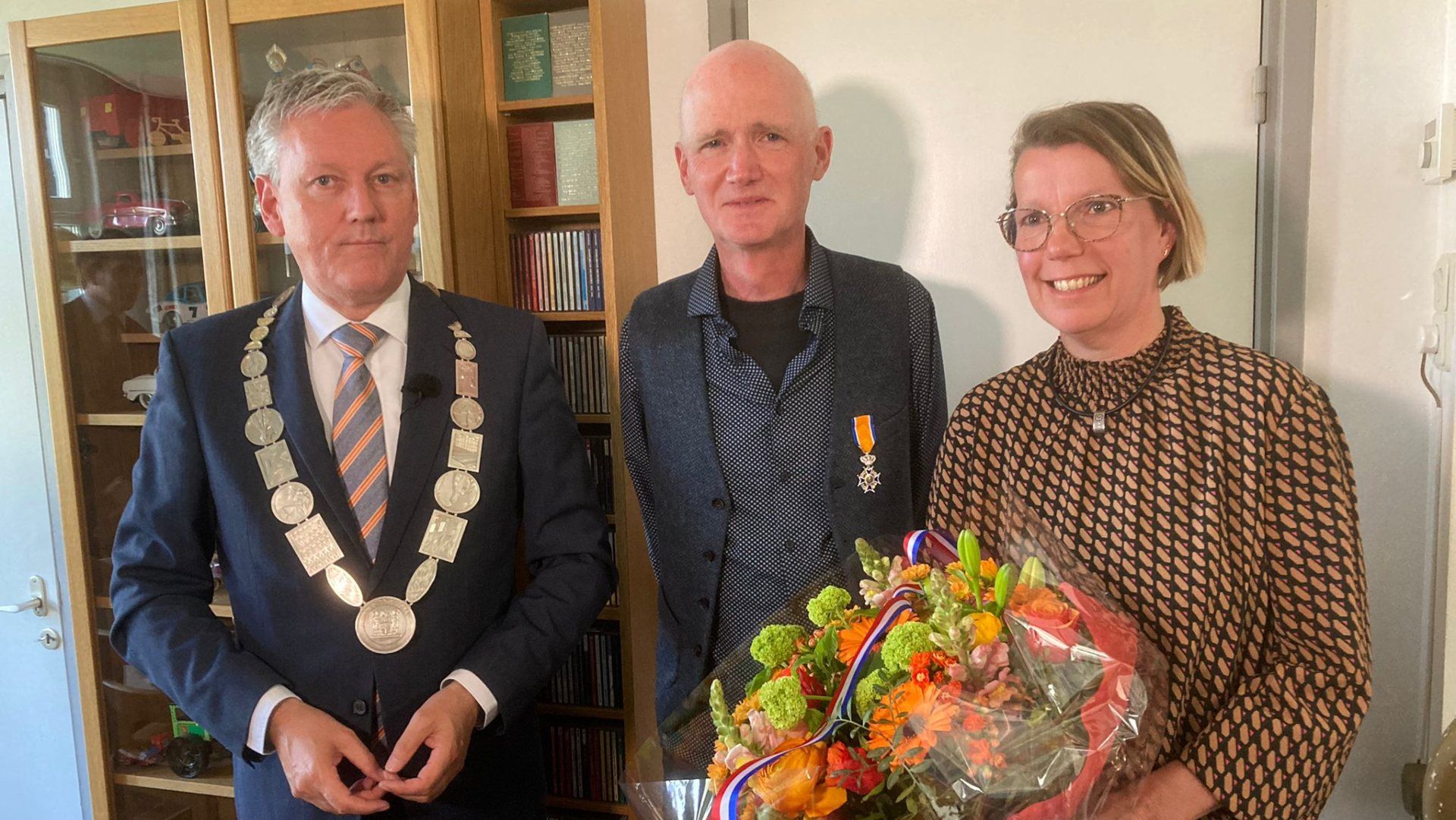 Also an award to Math Vaassen from Belfeld. In the eighties he was churchwarden at Sankt Urbanus parish. He then became active in Belfeld’s male choir Mal-Maaszengers and the church choir Sint Urbanus. The 79-year-old Vaassen is also a contact point for residents and housing associations as caretaker at Ejerforeningen ‘t Bolveld. 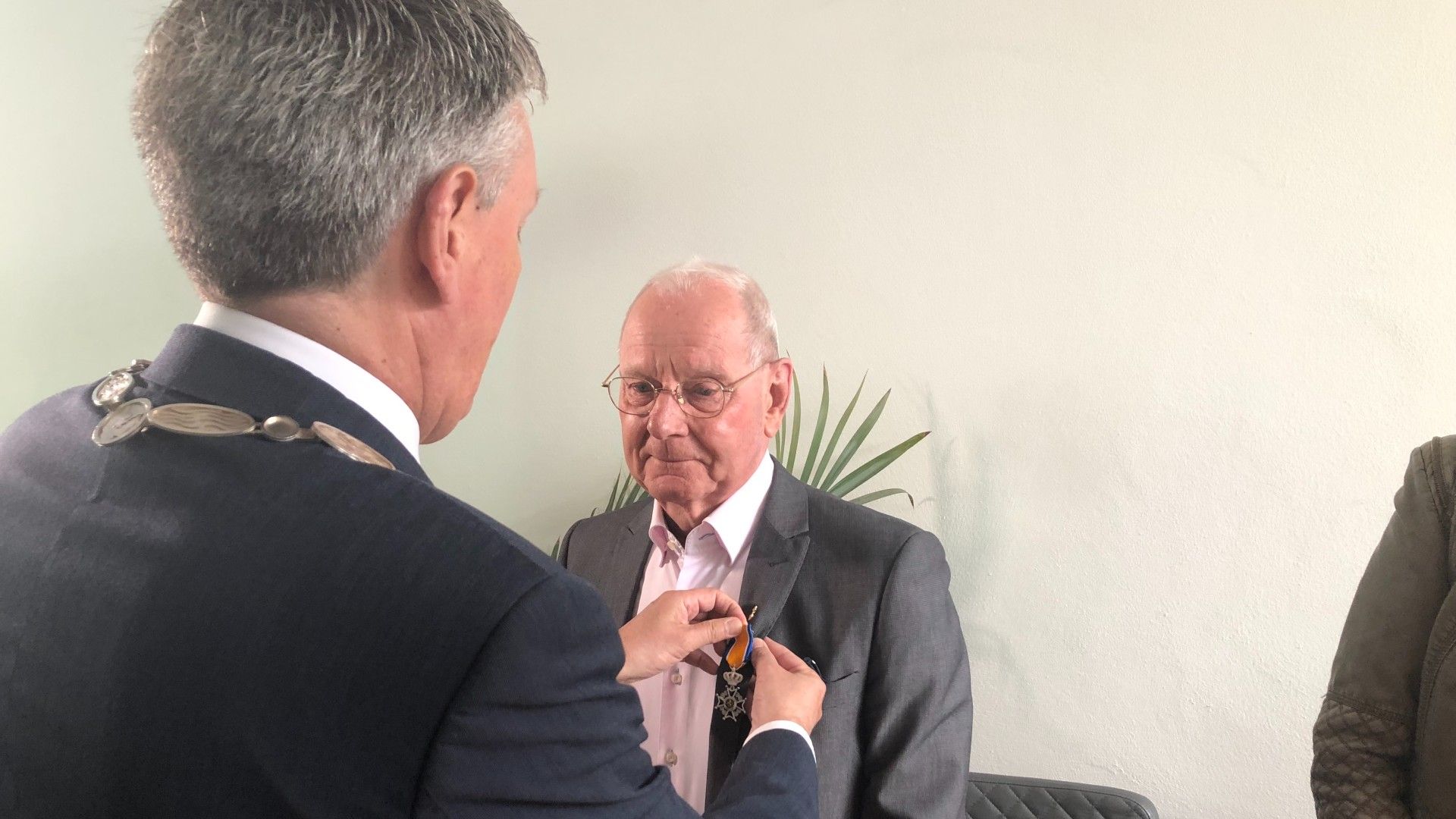 Venlo native Huub Beeren (67) radio producer, podcast maker and presenter at Omroep Venlo. He also works as a programmer and presenter for Senior Broadcasting Company Venlo. Beeren has been involved with the De Wien residents’ association since 1980 and has been a volunteer at the Auxiliatrix care center since 2006. 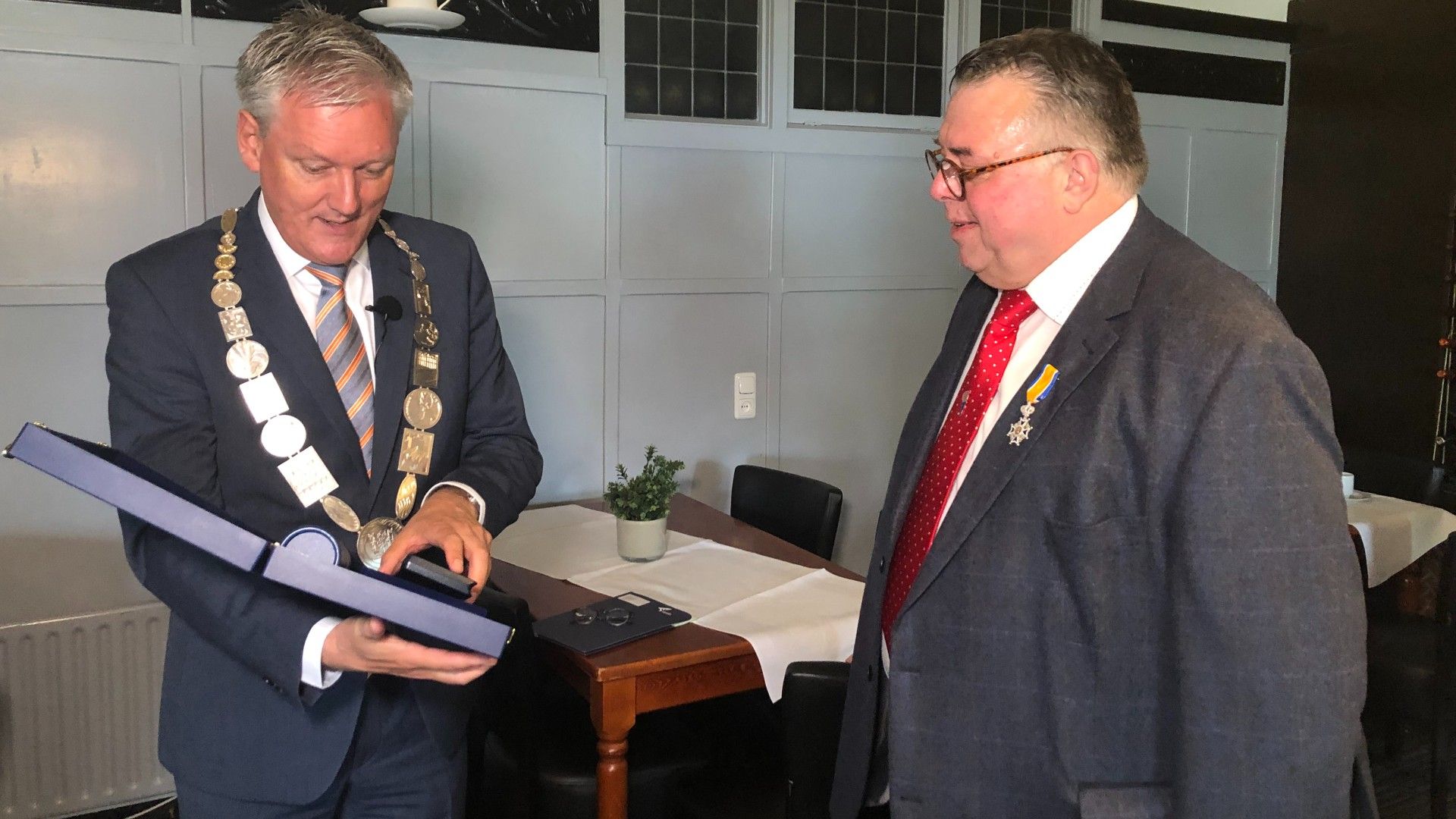 Rain of ribbons on Omroep Venlo

Omroep Venlo broadcasts a special program about the band rain on King’s Day. In it, all the decorated people come by, some also with an interview. The broadcast about Lintjesregen 2022 can be seen on Omroep Venlo on Wednesday from 5.30 pm.