June 8, 2022 at At 7.30 pm, the magazine Oikos celebrates its 25th anniversary and 100th edition in Timelab in Ghent. Speakers are Paul Verhaeghe, Ikrame Kastrit and Dirk Holemans. DeWereldMorgen.be spoke with editor-in-chief Dirk about the origins, development and future plans of Oikos, “a platform for socio-ecological interpretation and critique in the public debate.”

For this interview, Dirk Holeman’s coffee bar in the Limerick bookstore at Sint-Pieters station in Ghent suggested a very appropriate choice (and close to the train).

Judgments about reading are constantly contradicted by facts. The book and the independent bookstores still have a future. There is a demand for books that provide information and explanations about our social system. ”

“It all started with random chats between a number of academics and civil society people in the 1990s. Abroad, there was already a rich arsenal of magazines where ecological thinkers discussed their ideas with each other. Flanders and the Dutch-speaking area lagged behind. “

“This is how the idea of ​​publishing a magazine grew, where those ideas would also be available to a wider audience here and start the debate here. Remember, 1996 was still pretty much before the internet era. Things like email already existed in limited circles, but for the general public, that technology only became usable in late 1999, and there were no websites for daily use at all. “

“We wanted to create a forum for civil society people, activists, politicians and academics. We chose the name Oikos (Greek for ‘house’ or ‘family’), which is also the root of ‘eco’ in ecology (logos are Greek for ‘words’). As the idea matured, the first issue of Oikos came out pretty quickly. I’ve been the editor-in-chief ever since. ”

“We immediately chose a quarterly magazine, four a year. Last year we reached number 100, but now we’re celebrating a year later, for reasons you know. “

“In addition to our own articles, we publish translations. For example, we were one of the first to translate André Gorz (see Political Ecology: Expertocracy Against Self-Limitation, Oikos, March 4, 1997).

“We feel great interest from teachers who use articles and topics that we publish in class. Students use Oikos as a source of information for their thesis. Professors integrate it into their lectures. ”

“In addition, the digitization and the website have been added, which makes our archive more accessible. We have a permanent editorial staff with a core of 10 people. Our meetings are flexible and many others attend when it suits them. We have a pool of about fifty people who regularly contribute. “

“The central idea behind our publications is to show the true dimensions of the ecological crisis. Ecological transformation must take place in a way that shows solidarity with all people in our own country and in other countries.”

“We also take into account the consequences for future generations. This debate naturally goes hand in hand with the debate on tackling the socio-economic crisis. For us, system criticism is obvious, we need a different economy. ”

“When we started in 1996, it was the heyday of neoliberalism. We have always given an argumentative antidote to it and will continue to do so. During 2008-2009, the idea of ​​a think tank also matured. ”

“What we promote is ‘supportive concepts’. It can be very concrete ideas, such as buying vegetables at local markets to think about another agriculture, to agroecology, where the farmer and customer are in direct contact. ”

“We are publishing thematic issues, such as the Dossier Wonen in Oikos 96 in April 2020. We are gathering the expertise of midfielders, who are often more concrete experts than academics, to formulate an alternative to the universities’ current industrial model.”

‘That fight is necessary. There is now even a Bayer chair in Forward Farming at Ghent University! We notice that young researchers are under increasing pressure to ‘perform’. In our analyzes, we explain why this is a rapid development. “

“Because we work with volunteers, our operations go through ups and downs, but look, 25 years later we are still here – to the regret of those who envy it. We give young researchers the opportunity to publish short articles, but we also continue to pay attention to longer articles, long readings. ”

“With the advent of the internet, a bleak future was predicted for the print magazine. The opposite turns out to be true. The number of subscriptions continues to rise. We only sell single copies in a number of selected independent bookstores such as here in Limerick and Paard van Troje “There is still an audience for magazines – and for proper bookstores.”

“What we also do is reveal – demystify – so-called new ideas. For example, there was a lot of talk about biofuels as an ecological alternative (see the file Geo-engineering: ultimate salvation or ultimate curse ?, Oikos January 2020). Biofuels boil down to burning food.

In Oikos, Paul Verhaeghe first developed his ideas that led to his books such as Identity. We translated Tim Jackson, author of Beyond the Growth (see the interview in Oikos, April 2010), Kate Raworth (see The Donut Economy. A Round Sweet Bread as an economic model, Oikos April 2017). ”

“In Oiko’s number 100, Jason Hickel spoke. His book Less is More – How Degrowth Will Save the World (EPO, 2021) is a radical analysis that connects the movement towards devolution with decolonization. He came to speak in Ecopolis. During the pandemic arranged “We have a webinar on this on 17 December 2020 ‘Between looting and decolonization: the European hunger for raw materials. We are experiencing a new audience with this.”

“We are collaborating with another organization in Folio Etcetera, where the best of thirty magazines will be made available with a newsletter (which you can subscribe to for free here).”

“In addition to all the content-rich work, we also place emphasis on poetry. Since our inception, we have already presented more than 100 poets. At Oikos, we want to bring politics, the environment and culture together. ”

“On the 25th anniversary of June 8 (you can still sign up here for the Oikos 100+ reception) we would first of all like to thank all the volunteers who have made this possible. Paul Verhaeghe will explain his critique of neoliberalism. Ikrame Kastrit “will contradict the prejudice that only white young people are concerned about the climate problem. I want to look to the future myself.”

“The key word for the future is ‘Enough’. It has a double meaning. We want an economy based on solidarity that creates enough prosperity for all. At the same time, we want to limit unrestrained growth at the expense of our environment. It has been ‘enough’! “

“People want quality of life, an economy that ensures that no one is missing anything, such as affordable, high-quality housing. The city must once again become attractive to everyone. As it is now, the reverse is true. Current housing prices have become prohibitive for countless people. Students want to continue living in Ghent, but can not afford it. “

‘No one is indispensable. I will stay with you for a while (Dirk is 57, ed.), But we are already thinking about rejuvenation, innovation and diversification. ” 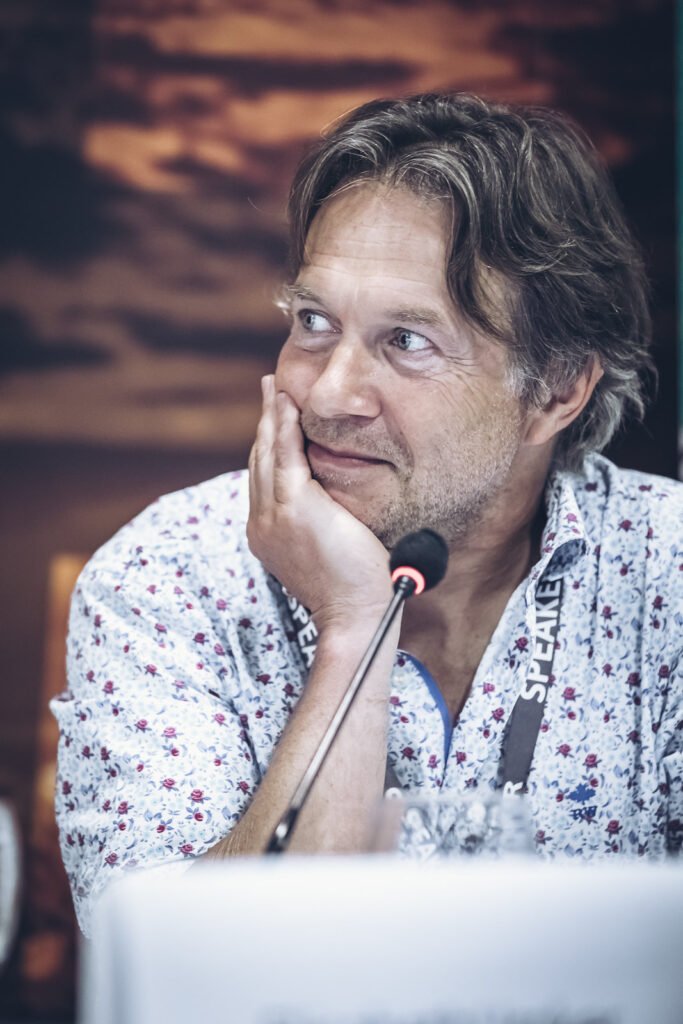 “Our ultimate goal is a world that is ‘good enough’ for everyone. It’s actually possible. What that world could look like and what needs to be done for it, that’s what we at Oikos think about a fair transition to a better future for all. “

See here a free trial of Oikos, more information about the magazine and the table of contents in the latest issue of Oikos 101. See also Facebook and Twitter†