Tholen – Everything you pay attention to grows. Aristotle (384 BC – 322 BC) already knew this, and it has now been confirmed in the pilot project for a nudging campaign to boost sales of organic fruits and vegetables. At two departments in North Brabant of Jumbo and Plus, a pilot with targeted interventions took place for 10 weeks. Especially extra shelf space (about 40% more sales) and the grouping of organic products (60% more sales) proved to be very effective. Shelf and store communication also contributed to higher sales (up to 14% more).

Bart Fischer, entrepreneur and retail expert, led the pilot: “Shelving space interventions were hugely successful, but the role of communication should not be underestimated either, informing consumers why organic is a good choice.” 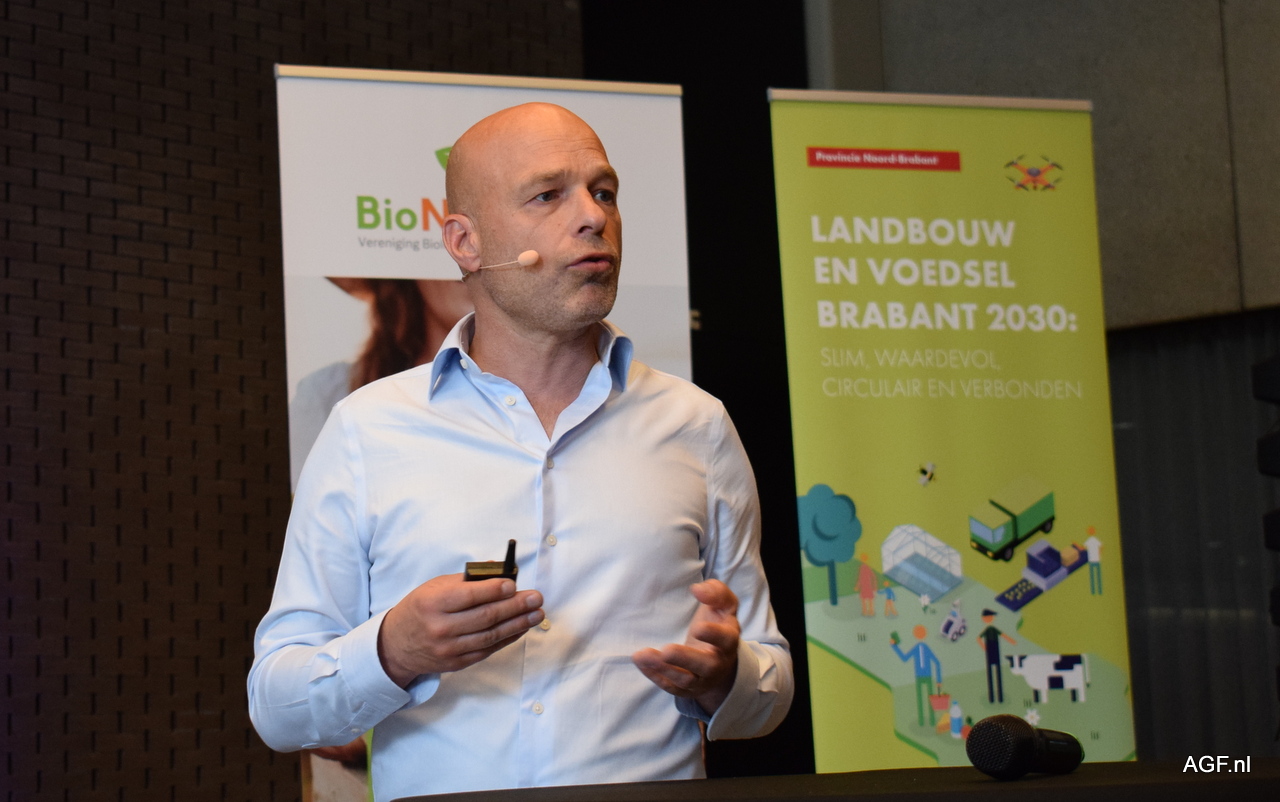 Stimulating sales of organic products should contribute to the European Green Deal target of an average of 25% organic farming area by 2030. The National Action Plan of the Ministry of Agriculture, Nature and Food Quality, to be published in September, should ensure that the current share of organic farmland of 4.6% in the Netherlands will grow significantly. Bernard van der Horst, responsible for drawing up the action plan, said that local initiatives and more cooperation are needed to achieve this. 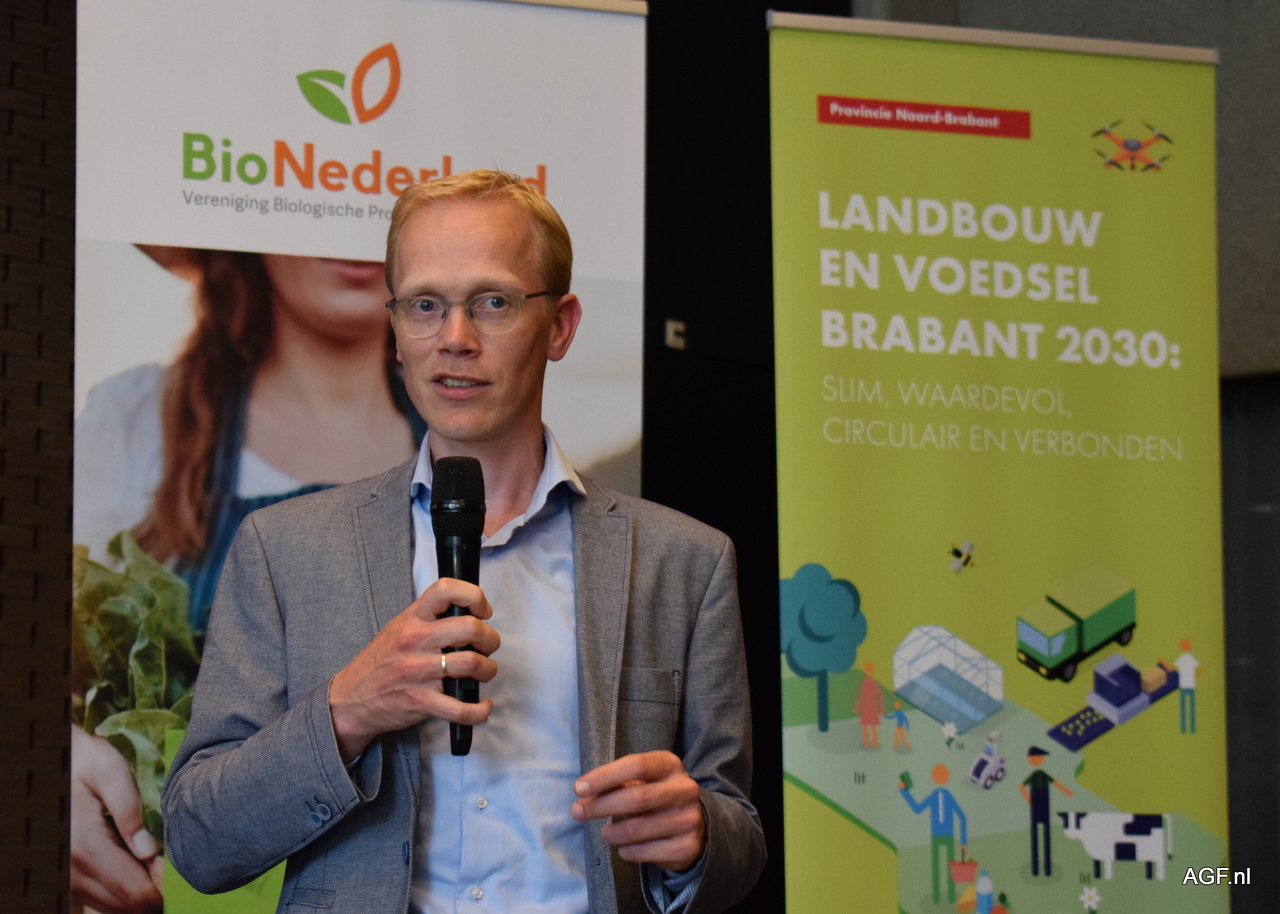 In anticipation of this, the province of Noord-Brabant has the ambition of 15% organic farming area by 2030. Ellies Lemkes, Provincial Executive for Agriculture and Food, presented the initiatives the province is taking to achieve this. An important part of this is to stimulate sales. Cooperation with the retail trade is crucial for this. Bionext, the chain organization for organic farming and food and the initiator of the campaign, would like to discuss the possibilities with several retail parties. “We can not ignore that intervention in the supermarket is extremely effective. We obviously need that push on the store floor. Let’s make sure they get there. If we want more organic farming in the Netherlands, the demand side will also have to grow in a balanced way, where collaboration with the retail trade is essential, “says Michaël Wilde, CEO of Bionext. 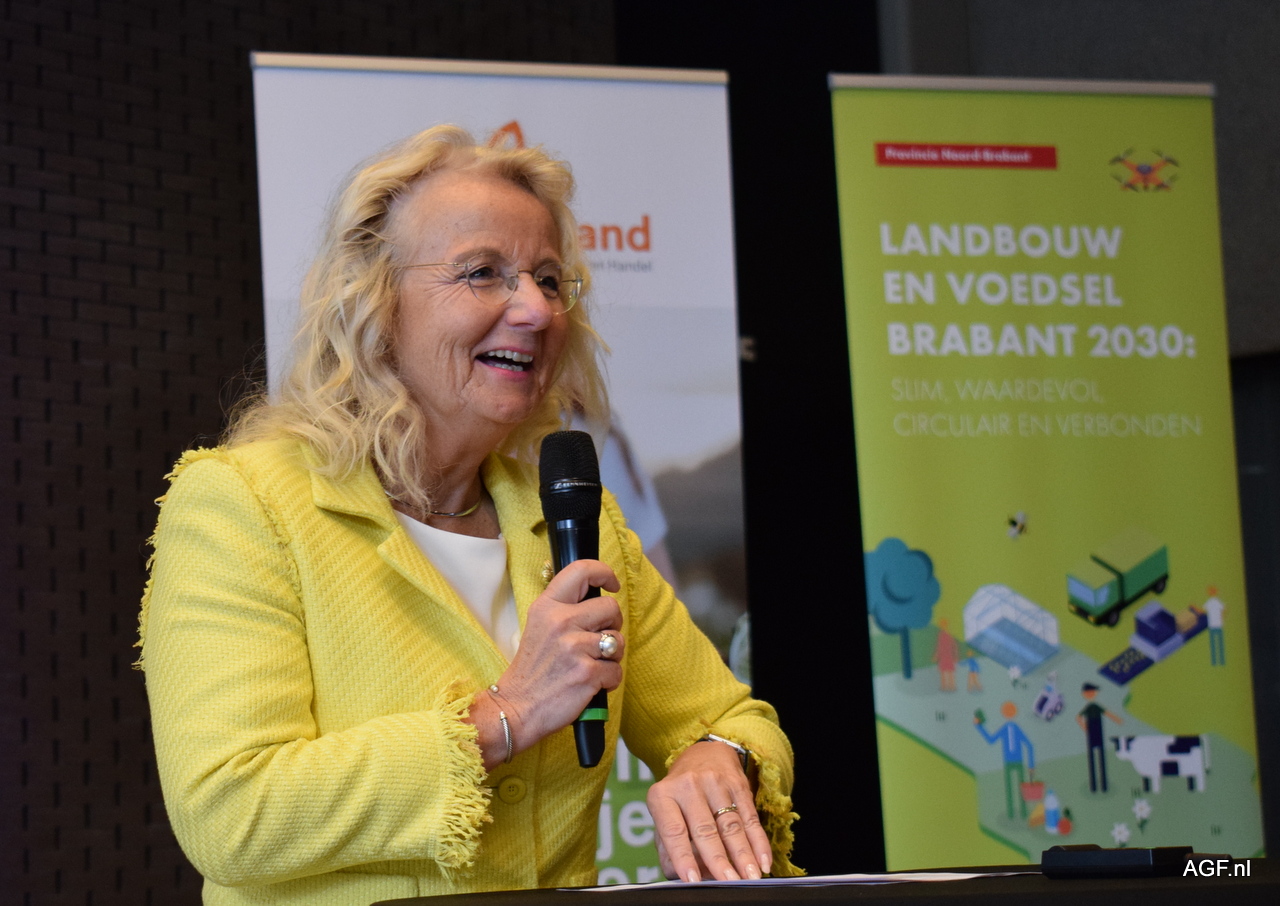 The insight from the pilot will be part of the implementation of the European campaign ‘The most beautiful message is organic’, which focuses on nudging in both online and physical supermarkets for three years. Using nudging or subtle adjustments in the retail environment stimulates the choice of organic.

That these adjustments can be extremely effective was demonstrated in the pilot that took place in two departments in North Brabant in Jumbo and Plus. A former pilot with dairy already showed that sales of organic milk increased by an average of 47% due to minor adjustments of shelf and communication on the store floor. During the pilot project in fruit and vegetables, shelf layout and size seemed to be particularly important. Communication about the added value of organic in fruits and vegetables was not well received in this pilot, which was mainly due to fluctuations in availability, quality and interchangeability of products, after all, when cauliflower is for sale, customers are less likely to buy an organic product buy broccoli.

This also makes it difficult for retailers to manage the organic fruit and vegetable category. “Retailers such as Albert Heijn, Jumbo and Plus are already taking extra steps, but there are limits to that. In a supermarket, it is about the overall revenue model and serving the customer as well as possible, which is better with ordinary”, is the experience from Bart Fischer, who was responsible for the store formulas in Albert Heijn stores for many years.

Afterwards, a number of visitors continued to talk over drinks. 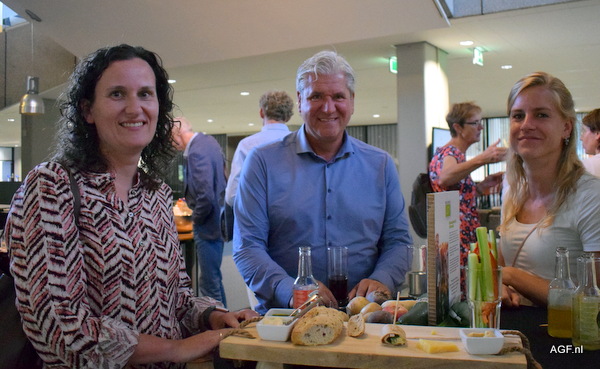 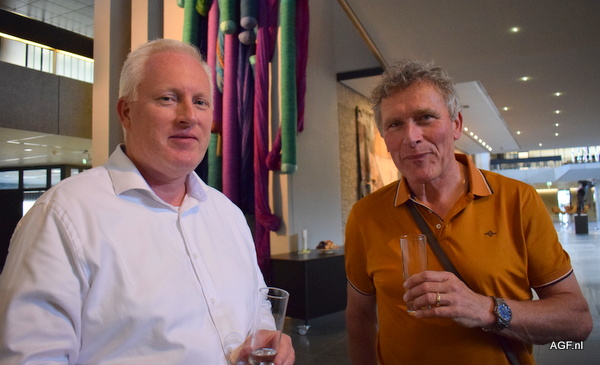 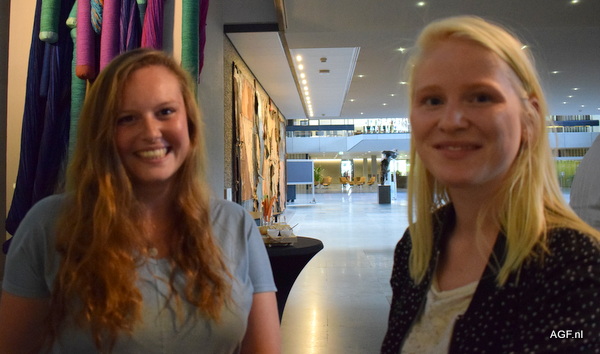 Tessa Molhuizen and Maike de Leeuw from Biodiversity in Business 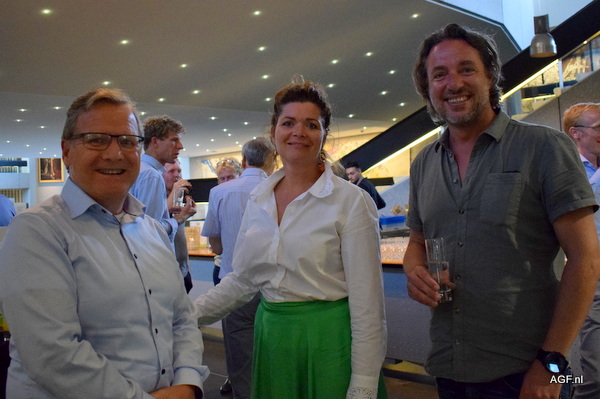 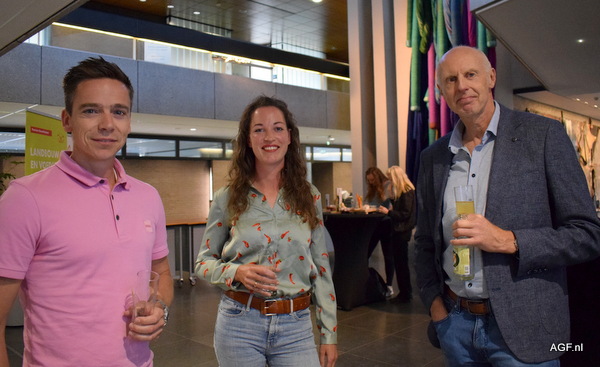 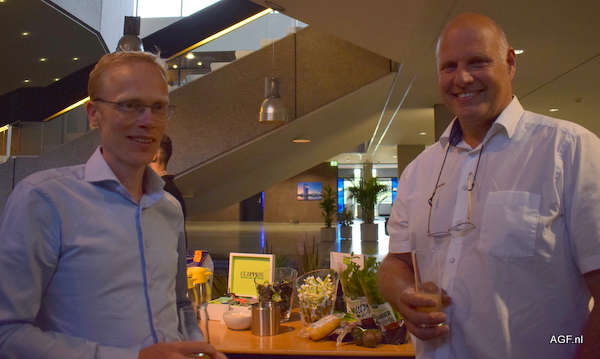 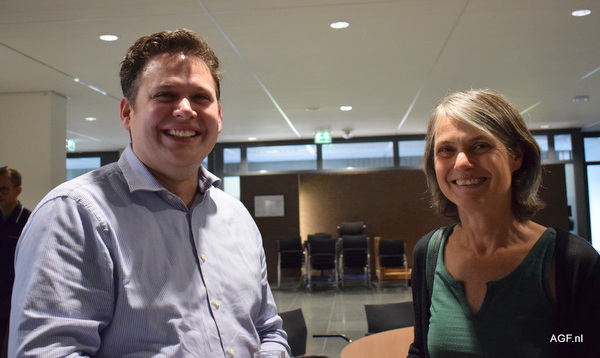 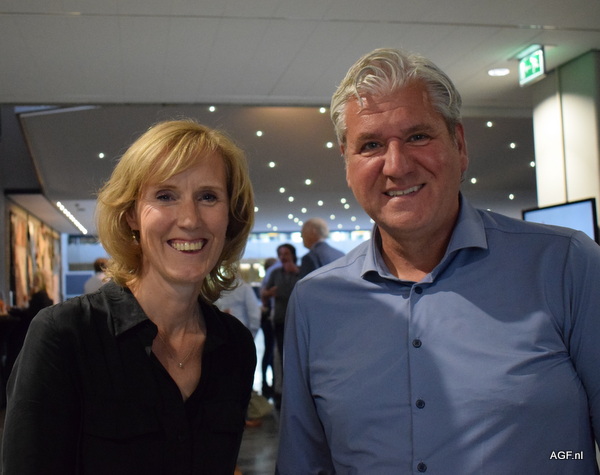 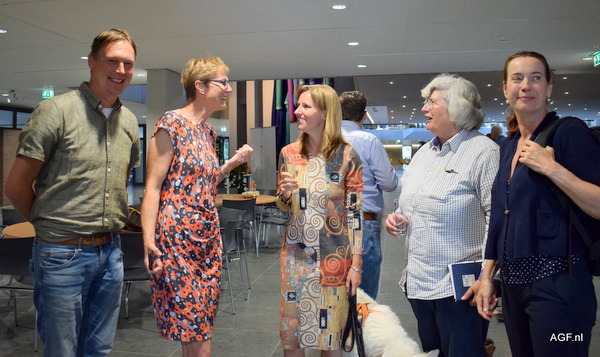