The Gambia Humanitarian Aid Foundation has organized the so-called ‘XRAY Challenge’ to raise money for a hospital in the West African Gambia. More than sixty people participate in the adventurous challenge nationwide. Four of them are from our congregation.

The ‘XRAY Challenge’ is an initiative by the Gambia Humanitarian Aid Foundation (SHHG) to raise money for the Lemon Health Center hospital in The Gambia. SHHG is a Dutch-run non-profit organization that has been active in the West African country for over twenty years. The foundation is committed to facilitating basic needs such as food, clothing and medical care for Gambians. The ‘XRAY Challenge’ is raising money to fund a mobile x-ray machine for the Lemon Health hospital. With this machine, doctors can further expand care in the region.

With the ‘XRAY Challenge’, people are challenged to take a road trip from the Netherlands to Gambia. The participants buy a car themselves, which they expect to be able to travel more than seven thousand kilometers with. Travelers are sent on their way south with a route description. The participants drive a route that originates from the internationally famous Paris-Dakar rally. This car race – where international racing drivers competed through the impassable desert terrain of the Sahara – was known as a true experience. The motto has always been: ‘A challenge for those who leave, a dream for those who stay’.
SHHG organizes an auction in The Gambia upon the arrival of the travelers where the participants sell their cars. The proceeds from the cars sold in The Gambia will be added to the pool with the amount collected by the participants.

Edam participant Ton Conijn is one of the four men from our region who will take part in the expedition. “I became aware of this promotion through my brother-in-law who ran the tour four years ago,” says Ton. “When I discovered that anyone could sign up for the next trip to The Gambia, I immediately signed up.” As Team Ekspedition Edam-Gambia, Ton Conijn, Rogier Houtkooper, Mathijs Wanders and Cees Karhof started preparations for the continent-bridge adventure. For almost a year, Ton and his mates have been refurbishing the cars they bought and getting donors for charity. ,,We fixed the cars at Garage Kil, who let us work in their garage for free. Garage Frikkee Edam also helped us prepare our car. Both workshops have been able to help us enormously with this. People can also support our journey by donating per kilometer. For example, if people donate 25 euros, we invite these donors to join our journey via the ‘Polarsteps’ app. In this app, we want to keep people informed about our experiences with travel stories and photos.”

In addition, the team holds a networking drink for companies and organizations on 23 September. On this evening, they want to introduce companies to the initiative and cover the cars with stickers from sponsors. All income from acquaintances and family, companies and organizations and the sale of the cars will ultimately benefit the Gambia Humanitarian Aid Foundation. They will use the amount to buy the desired mobile X-ray machine.

By sponsoring the men of Team Expedition Edam-Gambia, you contribute to the goal of raising 150,000 euros to improve medical care in the country. The men have actively contributed to the foundation and hope for an unforgettable experience. In the coming autumn, the men get behind the wheel for the long, intensive drive to Gambia. 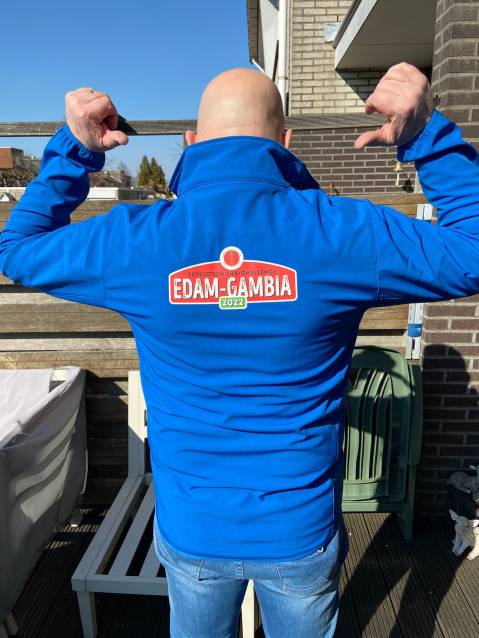 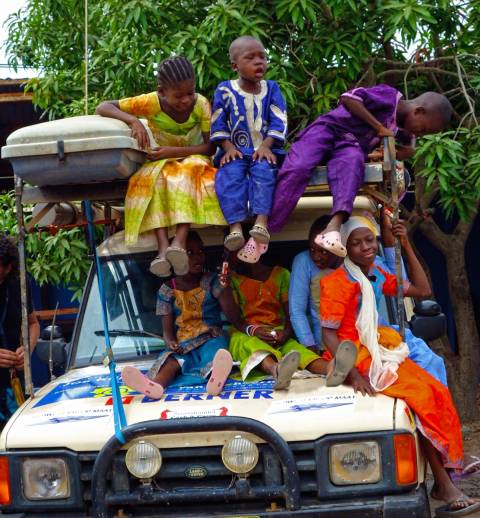 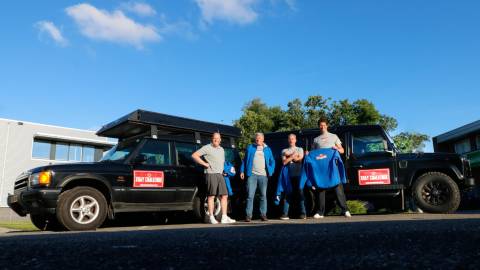