With a maximum length of three metres, it is not exactly a stereotypical pavement plant. It is almost unthinkable now, but once the Japanese willow (Fallopia japonica) a highly regarded newcomer to Europe. The renowned German botanist Von Siebold introduced the species as an ornamental plant from Japan to Europe in the first half of the 19th century, in Leiden to be precise. The plant became very popular and spread over many gardens from its nursery. 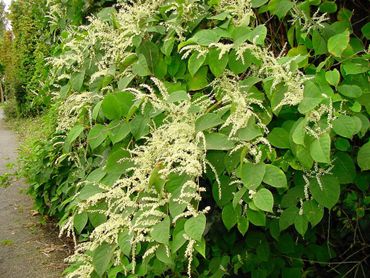 Later, the very characteristics for which it was first valued – the robust root system, dense foliage, easy propagation by cuttings – were seen as negatives. The roots and new shoots affect the infrastructure. Any bit of root or stem with a node can grow into a new plant, forming an entire field of exclusively Japanese willow, displacing native plants. He was – and is – labeled invasive exotic, plant-based public enemy number one.

Without a doubt, Japanese willow is truly an invasive exotic. However, it can only be by hauling soil and by throwing in garden waste with root pieces and stems of this plant. Even lawnmowers spread stems. Every little piece of root or stem can give rise to new plants. Because Von Siebold only had female plants available, we have so far only found female plants in the Netherlands. They do not form seeds without pollen. That seems to be changing. A subspecies of Japanese willow, harmless considered to be non-invasive and low-growing, it is offered as a garden plant with female and male specimens. The male specimens can fertilize the female plants of the Japanese willow. An additional threat, because the Japanese willow herb can also spread via seeds. 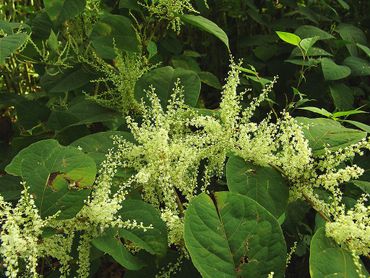 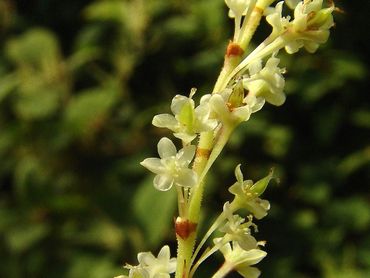 The Japanese willow is often seen as the sole culprit of the big willows, but this is certainly not always the case. He has relatives, other willows, that look like him and seem to be just as invasive. The Afghan willow (Persicaria wallichii), Sakhalin willow (Fallopia sachalinensis) and hybrid knotweed (Fallopia x bohemica) is often confused with a Japanese willow herb. There aren’t many of them yet. 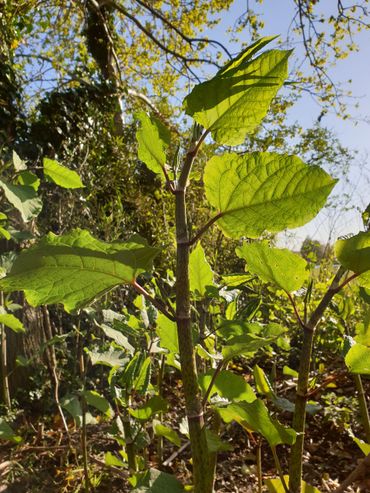 The roots of Japanese willow are deep in the ground and are firm and strong. It was appreciated in the nineteenth century, it stopped erosion. But from those roots sprout many powerful stems, so powerful that they expand every little crack they grow through and can attack foundations, pipes and pavements.

The many stems and the previously famous dense foliage make for a monoculture of Japanese willow. The native plants are displaced. The spread of the Japanese willow herb is unimpeded, our native animals have not (yet?) discovered the plant as a food source.

If you read the reports about this plant, there is nothing good about it. Reporting is often black and white. The Japanese willow herb also has properties that we can appreciate.

Taste is personal, but the plant is certainly not ugly. When it blooms, in late summer, the flowers are attractive to humans and, with the nectar they produce, also to insects. In Asia, the plant is attributed medicinal properties.

The young shoots of the Japanese willow herb turn out to be edible and tasty, they taste a bit like rhubarb. Many recipes can be found on the Internet. You can harvest from the same plant several times a year. After a few years of harvesting, the plant becomes exhausted and the power diminishes. Then he will no longer reproduce. 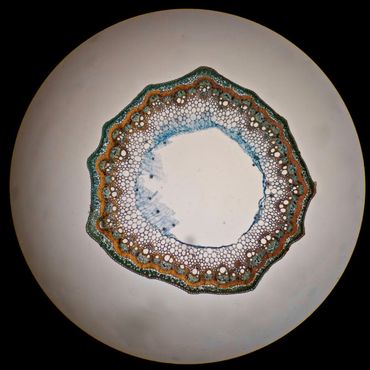 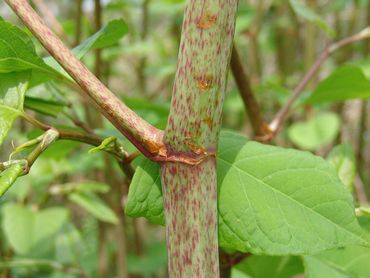 On the plate or under the microscope

Artist and microscopist Rob van Es examined this much talked about plant under the microscope. He writes: “On a cross-section of a stem, you can see that the Japanese willow herb is a tough rogue. Just under the skin, a continuous band of gold-colored cells meanders. These are stone cells full of tannin and crystals. They are called stone cells because they are rock hard. And because they are so hard, they make the growing stems rigid. No matter how hard the wind blows, these stems remain upright. That ‘wall’ of stone cells is also a defensive wall for delicate vascular bundles that lie just below. Vascular bundles contain tubes for transporting water and sugar-rich foods made in the leaves via photosynthesis.” 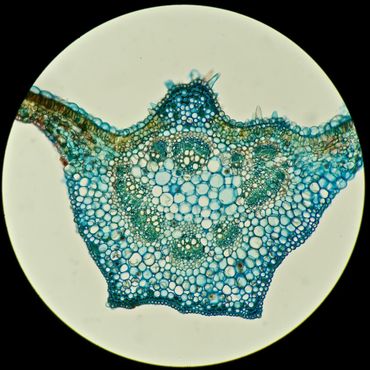 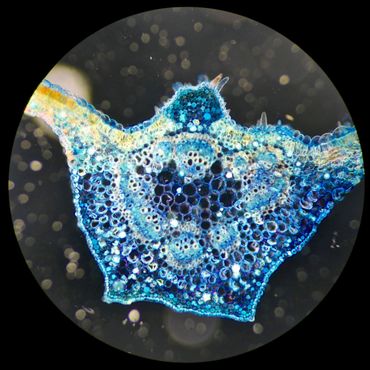 “The striking angled vein in the leaf is also special. I have no idea what the function of this angular shape is. In the cross section of the leaf, but also in the vein itself, you see relatively large crystals. In the vein they themselves push the elongated palisade cells ( where green granules convert solar energy into sugar). On the underside of the leaf you see many open spaces between the cells where – closed by stomata – gases can flow in and out.”

So everyone follows the well-known English motto: If you can’t beat them, eat them. Or take a good look at it on the sidewalk or under the microscope and enjoy the beauty.