MAASHEES | The restored Luchtwachttoren in Maashees is open on Saturday 10 and Sunday 11 September from 11:00 to 17:00. This in connection with Open Monument Day. Built in 1953, the military watchtower was intended to spot enemy aircraft flying under the radar during the Cold War. In line with the theme of Open Monument Day 2020, five artists have developed projects with the air traffic control tower in Maashees as the focal point.

‘Look, Listen, Pass’ was the motto of the Air Force Corps, who used this military watchtower during the Cold War to spot enemy aircraft. The air traffic control tower ‘Post Jacob 2’ was built in 1953 from prefabricated concrete honeycomb elements and is almost 10 m high. The tower was part of a network of 276 lookouts built across the country between 1951 and 1956. Because aircraft could be heard up to 8 km away, the posts were a maximum of 16 km apart. Three entries together formed a circle.

On the tower’s open platform, air traffic controllers scanned the airspace for aircraft with binoculars and by ear. The direction and distance of spotted aircraft was determined with a bearing instrument, the Air Guard instrument. Observations were relayed by telephone to the Air Guard Center in Eindhoven, which was connected to the national command center in Driebergen. The postmaster of this tower was Martinus Jansen, Tien de Post, from Vierlingsbeek.
By the early 1960s, faster aircraft and improved radar had made it useless to track aircraft by eye and ear. In 1964, KLD was therefore greatly reduced and in 1968 closed down. Maashee’s air traffic control tower lost its function, but it survived and is now one of only nineteen air control towers still in existence. The tower is now privately owned. In 2015 we worked enthusiastically on the restoration.

Art projects in and around Maashee’s Air Watch Tower
During Heritage Days, the art collective PIEP, consisting of Jacqueline Hanssen, Yvette Ahsmann and Marlies van Zeben, will again be heard and seen. Within a day before Open Monument Weekend, the collective will build an installation. They have previously worked together on the Schijt aan de Grens manifestation, the Holthees-Smakt Art Route and the Wiebenga Silo in Veghel. The various pieces of garden and forest surrounding the house and Air Watch Tower 8J2 in Maashees appeal to the imagination and demand a striking and exciting response. This year’s theme is: sustainability. The collective believes that little is more sustainable than the imagination, the imagination. Visitors can wander around and react to the surroundings. In addition, the three artists will show their own, already existing work in different places.

Several air force officers are present from MCMR Lieutenant General Beste Barracks in Vredepeel. They will inform on Saturday and Sunday about the operation of a stinger. Some educational signs will show how to recognize aircraft.

Trudy Michels will actively work with the visitors as artist in residence on Saturday. Send your own positive message out into the world. From your heart. Through airmail. 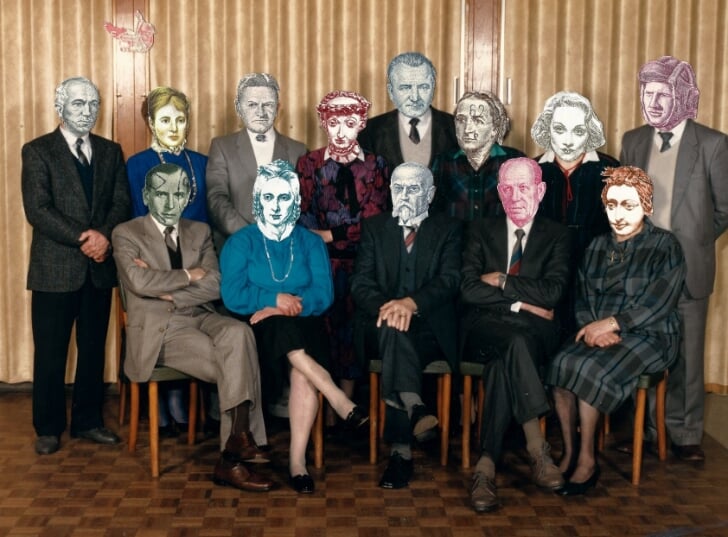 Come and see!
Do you want to know more or the air traffic control tower? Curious about the special art? Come and have a look on Saturday 10 or Sunday 11 September.