“The study of breeding birds in the forest 1990-2020 shows the general national trend, which is positive. But this is mainly due to a positive development in young forests,” says ornithologist Henk Sierdsema, senior researcher at Sovon. “The forest birds are not doing well at all in older forests, and we also see differences between different types of forest birds. So it’s definitely not going well in all places with all breeding birds.”

Henk explains further: “In younger forests, it seems that almost all forest birds are doing well because the forests are becoming more and more varied. More and more thick trees grow here, and more and more dead trees remain. This is of interest to both foragers – birds that forage on trunks such as woodpeckers – and aerial and leaf feeders. These are the birds that get their food from the air and from leaves, such as flycatchers and titmice. In addition, stock makers have twice the cost: they can also do well in old forests because they become even more varied with more and more dead and degraded trees, and they love that. But in old forests we see that many aerial and leaf feeders are really struggling. The effects of nitrogen, acidification and poor soil quality play a far greater role in these forests than in younger forests.”

Erwin Al, forest advisor at Staatsbosbeheer: “Birds are an interesting indicator of how the forest is doing because they are able to move themselves. They can choose where they prefer to settle. As the forest ages, and through good forest management, our forests become more and more suitable for forest birds. So if they are missing, the question arises: what happens to the forest? We increasingly conclude that soil quality disturbed by nitrogen is one of the causes.”

How important is the forest floor to birds? Soil life largely determines how a forest functions as an ecosystem and which species live there. Nitrogen pollution makes the soil more acidic. Acidification causes important nutrients such as calcium, potassium and magnesium to disappear from the soil. And that lack affects the entire food chain. Plants cannot absorb the substances. Insects, such as the slug that eat plants, consume less calcium. For the birds that eat these insects and snails, calcium deficiency is an even bigger problem. The shell of their eggs – which is largely made up of calcium – becomes thin. Young birds develop weakened bones due to calcium deficiency, which significantly reduces their chances of survival. 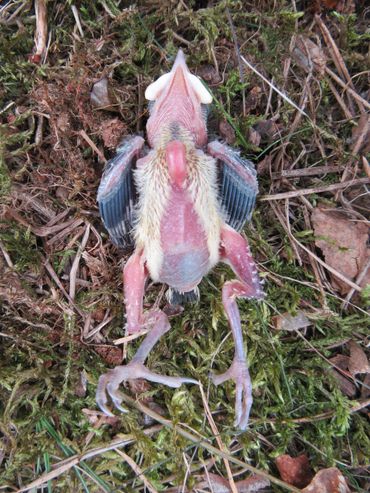 Much is still unclear about how the soil works, let alone what you can do to restore the calcium deficiency. But a lot of research is being done. For example, the distribution of calcium-rich granules, such as piles of shell grit on the ground for birds, or the addition of stone flour to the ground. Breeding birds appear to respond positively to shell dust, but its applicability over large areas is logistically and organizationally challenging. Then you have to leave piles of gravel in many places. With regard to stone dust, it is not yet known what the precise long-term effects are, so it only happens in experiments where the soil quality can be monitored well. Erwin: “A disadvantage of stone dust and shell grit is that you artificially add something that the natural system itself could no longer match. So if it already has a positive effect, you risk creating an addiction. Therefore, it is important to look for natural alternatives to boost nutrient supply.”

The impact of timber harvesting on the land is also closely monitored. Erwin: “We now know, for example, that deciduous trees such as oak and beech on our sandy soils take up relatively more nutrients than Scots pine and Douglas fir, and that clear-cutting of oak and beech also has a negative effect on the nutrient balance. . This has strengthened our current understanding that we should limit the harvesting of these tree species to a small scale and that we better mix these tree species in the forest with other tree species.” 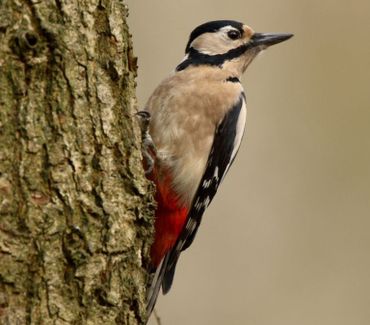 Back to the birds: Why should we really conclude that things are going badly for the breeding birds? Henk Sierdsema: “At least not! In general, the forest birds are doing well. Here in Brabant, I come across all sorts of species that weren’t even there before. Typically a result of the forest becoming older and more mixed. But my point is primarily that there really seems to be a blind spot in the older forests. Behind the smokescreen are the problems with the soil quality, but also the groundwater level. These are all things that also play, or want to play, in the younger forests, and which we must do something about now.”