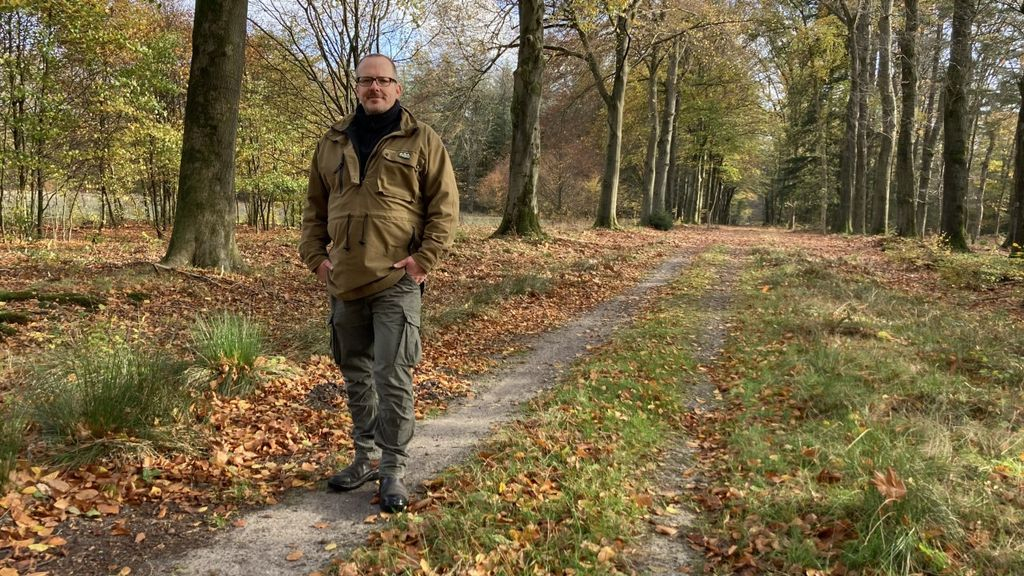 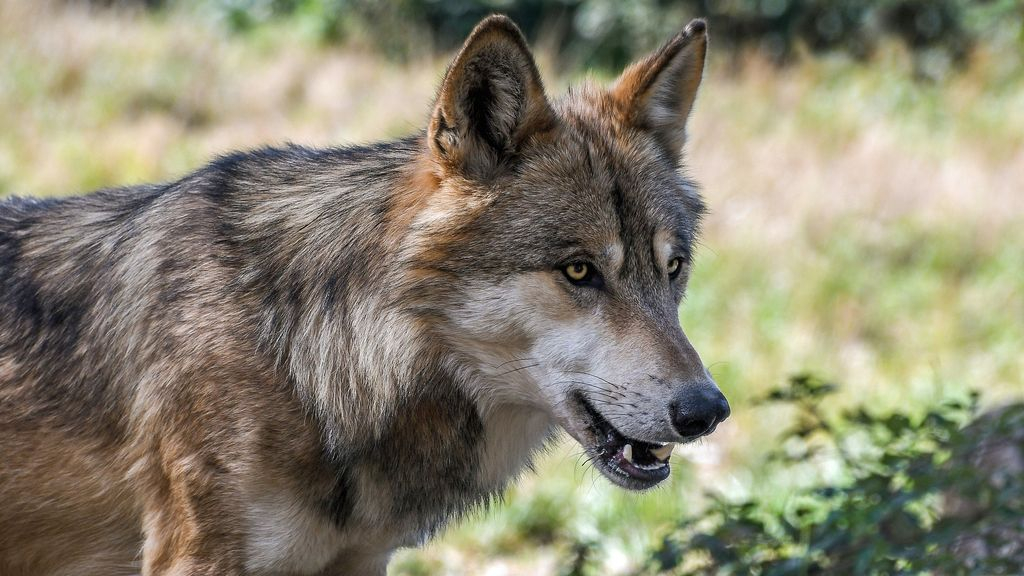 A picture of a wolf for illustration. Photo: Christel Sagniez – Pixabay

ARNHEM – The wolf has chosen the Netherlands as its habitat and seems to be here to stay. Legally, it is a highly protected animal. And shooting, according to experts, is to mope with the tap open, because new wolves are always coming into our country. How can humans and wolves live together in a sustainable way? Two experts give tips.

“If we want to live together with the wolf in a sustainable way, two things are crucial: “ecological capacity and social support for the wolf. The two are inextricably linked,” says predator expert Erwin van Maanen. “We must, as far as possible, deter wolves from hunting livestock using proven methods and continue to work with new techniques. In addition, we must learn to accept our losses, where the wolf, on the other hand, gives a positive boost to our biodiversity and ecosystem. And we must realize that our actions have intended or unintended consequences.”

As an ecologist and predator expert, Erwin van Maanen has been researching the relationship between humans and predators around the world for around thirty years. Martin Drenthen is an environmental philosopher and lecturer in philosophy at Radboud University.

“As soon as wolves start associating humans with food, you get dangerous situations,” says Van Maanen. “The domesticated wolf in the Hoge Veluwe shows unnatural behavior because it associates humans with food and no longer as dangerous intruders within the habitat or core area. A wild wolf is almost instinctively afraid of humans.”

According to environmental philosopher Martin Drenthen, photographers should also take this into account. “There are photographers who lure animals by deliberately placing food. I know professional nature photographers turn their noses up at it. As a nature photographer, it is part of the game that it is difficult to portray an animal. It is a code of honor not to cheat. Conversations about such honor codes need to be had much more emphatically.”

If people still leave food lying around, Drenthen suggests that heavy fines should follow. “They already do that in American national parks. There you will be fined thousands of dollars if you leave food unattended, even at the campsite. This is how they want to prevent wild animals from associating humans with food, and then they must be shot: “A fed bear is a dead bear”. If the Dutch government implements this, they need to give a good explanation as to why they are doing it.”

“If you want wolves to remain shy of humans, you have to remove human influence as much as possible from a wolf’s core area,” emphasizes Van Maanen. “On the Hoge Veluwe, it is extremely busy on the path that runs right through the wolf’s core area. As a result, there is a continuous ‘intrusion’ of holidaymakers, you see children cycling there. There are picnic areas. People with a strong need to urinate in nature, deer and boars are fed. People might drop a bag of chips and you get the ‘chip wolf’ that people associate with food. You shouldn’t.”

The environmental philosopher points out that people must adhere to the rule that rest areas are forbidden to enter. “The wolf that was run over between Arnhem and Ede was most likely disturbed by people going to the forbidden rest area. Therefore, stay on the trails and keep your dog on a leash in the wolf’s territory. Realize that coexistence with wild animals is only possible if we allow animals to avoid contact with us.”

The Hoge Veluwe National Park has received a blow from the two experts and the Large Carnivore Initiative for Europe. “There were so many signals that the wolf on the Hoge Veluwe was getting used to people,” says Van Maanen. “De Hoge Veluwe acted far too late. The Wolves have been here since 2018 and they shouldn’t have fired a shot. They should also have included the interaction between recreationists and wolves. That is the current policy in North America.”

According to Van Maanen, it is therefore doubtful whether chasing the tame wolf away with paintballs will work. “Paintball can also cause associations, namely a negative experience in that place. That association probably disappears when the wolf leaves the park. But we have no idea how the wolf behaves outside the Hoge Veluwe.”

“From an organizational, technological and strategic point of view, insufficient and too few protective measures have been taken,” says Van Maanen. “This is mainly due to the mistrust between the government responsible for policy and the farmers responsible for the welfare of their livestock. That interaction is undermined by the polarisation.”

According to the predator expert, a wolf-resistant electric fence that is sturdy enough will stop most wolves. “Just like people, wolves also have different personalities. So where you have brutal humans, you also have brutal wolves. Because of these differences in character, there will always be wolves still trying to get into the fence by looking for the weakness in the system. They are very good at jumping, climbing and crawling under something.”

Van Maanen therefore points to “fladry” as an alternative protection system. “It’s an electric wire with a ribbon that reaches the ground. Wolves are very afraid of the moving flags. They have good experience with that in North America, France and Switzerland. It’s also much easier to put up than a fence. But you must be careful that the bands do not hang too high above the ground, otherwise the wolf will still crawl under them.”

According to the predator expert, our ancestors already used this technique.”In Western Europe, people used to use fluttering sheets or ‘wolf traps’ to chase wolves during wolf hunting. In addition, our ancestors had a kind of public address system. They warned each other that a wolf was nearby. Maybe shall we now also move towards a kind of ‘Amber alert’, but for wolves.’

According to Van Maanen, it is extremely important that there is cooperation: “Together we must look for solutions and mutual support in predation prevention. This also applies to removing misunderstandings about the wolf. Look at how other countries deal with this. In general, they are more stoic than we are.”

There are currently around six to seven wolf packs living in the Netherlands. “On average, a pack in autumn, when the cubs are still there, consists of six wolves. So we now have about 36 to 42 wolves in the Netherlands, plus a number of migratory wolves that move in and out of the Netherlands. We will see more of that in the spring, when young wolves move away from the pack,” says predator expert Van Maanen. Glenn Lelieveld from the Mammal Association is a bit more specific: “There are four packs, two pairs and three solitary territorial wolves. In total, 16 cubs and some yearlings were born from last year. Some cubs are probably already dead, so the score is around thirty wolves will lie,’ he claims.

Van Maanen: “Two years ago they shot an enormous number of boars in the northern Veluwe. Then you undermine the wolf’s food base, so to speak, because the food availability and catchability decreases. Because there is less food available in the wild, wolves are therefore more likely to catch sheep or other livestock.”

Tip 6: ‘Stage can be counterproductive’

The wolf is strongly protected at European level and may only be shot in extreme cases when all other means have failed. But the predator expert points out that wolves should not be shot randomly. “It can be counterproductive, because you break through the pack’s social structure. There is a good chance that the pack will fall apart, so you get more young stray wolves. That way you get more problems and it becomes easier to drive with open tap.”

Tip 7: ‘Realize yourself what nature is’

“Realize that the nature we value can only exist if we also make room for the things that we might find less fun or pleasant,” says the environmental philosopher. “No butterflies without caterpillars.”

Read more about the wolf in Gelderland here

The wolf discussion also reached Minister Van der Wal last week. In a committee debate, she pointed out that the issue is complex. Therefore, she will first talk to the provinces and the Council for Animal Affairs. She hopes that the Council can contribute to the public debate on how to deal with the wolf. (source: ANP)