In Art on Sunday, the body, the eye, the ear, the head, the hands and the feet passed before your eyes. No one complained that a weather- and winter-sensitive body part was missing. Fine thanks. We have to deal with it right now.

The nose. An entertaining overview of the olfactory organ in museums can be found in ‘A small cultural history of the (big) nose’ (2021), written by Caro Verbeek. She got her Ph.D. in art historical scents and a Master in Olfactory art (fragrance art) and a Master in Tangible art.

Noses in the museum

Museums increasingly want your visit to be an ‘experience’. The more senses that are stimulated, the greater the experience. You are not supposed to press your nose against the artworks to inhale the smell of oil paint. People get nervous when you want to caress ‘The Girl with a Pearl Earring’ with your head.

No problems. Every now and then there is really something to smell about museum art. Last year the Mauritshuis exhibited ‘Bygone – scents and colours’. For example, special dispensers produced the smell of a clean linen closet or smelly ducts.

Regardless of how fast new technology can go, there is nothing to smell via the Internet for the time being. So you really need to go to a museum for that. We therefore limit ourselves today, out of poverty, to the organ of smell itself.

The nose must be present. This is by no means the case with ancient art. You undoubtedly know them: the battered faces of Egyptian pharaohs or Roman gods.

There are different ideas about that. Theory 1: the test of time. It speaks for itself. Protruding body parts (arms, legs, but also noses) suffer the most according to this guide.

Theory 2: intentional harm. In ancient times, the Egyptians believed that the spirit of a deceased person resided in a statue of that person. The nose was a symbol of the air of life, the breath. If you cut it off, the statue lost the powers that may have resided in the spirit. More on this here.

The idea that a statue has special powers is a belief that is far from extinct. Touching parts of a sculpture is said to bring good luck. Whatever happens, it will change the face.

Students at the Hopkins Center for the Arts in Darthmouth (UK) hope to get good grades by rubbing the nose of former director Warner Bentley. You get a nice polished nose. 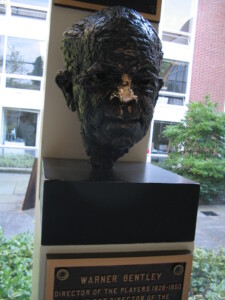 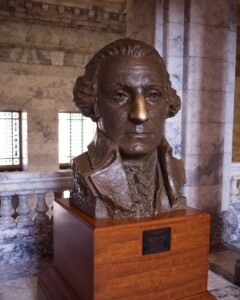 The nose also proves to be an inspiration for surrealism of the artful kind. ‘The philosophers’ lamp’ (1936) and ‘The Ellipse’ (1948) by René Magritte. Or more complex, Napoleon’s nose, transformed into a pregnant woman, strolls in his shadow with melancholy among original ruins (1945) and Dematerialization Near the Nose of Nero (1947) by Salvador Dalí.

The nose also appeals to the imagination in a metaphorical sense, as evidenced by the proverbs and sayings that live in the vernacular. A well-known one is the admonition not to poke your nose into other people’s affairs.
Surveillance cameras do, and in protest against the ever-growing surveillance, Rick Buckley taped dozens of noses under cameras in London’s public spaces. Not many of them remain: the seven noses of Soho. Here you see one. 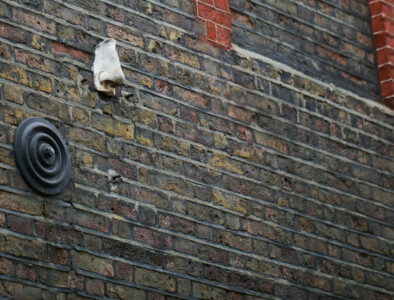 One of SOHO’s seven noses

One of the most famous noses is Nikolai Gogol’s. That is: not his nose, but the nose he wrote about (1836). Major Kovalyov’s nose decided to leave the face and live its own life. A story about the absurdity of ranks and positions. Dmitri Shostakovich turned it into an opera in 1926, which was performed about sixteen times.

In 2009, the Metropolitan Opera (New York) premiered a new version of that opera, directed and styled by William Kentridge. Here’s a stub from this version where you can see the nose jump by.

In 2016, the Royal Opera House (London) also got a new nose. Directed by Barrie Kosky (whose opera Turandot can be seen in Amsterdam in December).

We end today with an entertaining part from that opera.

Have a nice Sunday.