Visitors to the ‘Energy Junkies’ exhibition at the Studio of NEMO Science Museum, open until June 2023, draw how they see the future in light of climate change. NEMO Kennislink makes a selection from the drawings and explores the artworks with an expert. In this episode: animals are our friends, not food.

In a meadow, a smiling cow stands next to a person holding a vegan burger. In another drawing, the gap above the cow, the situation as it is now, has been replaced by a heart. A bloody steak on a plate will no longer exist in 2050. By then, animals can count on love and respect, if it is up to the cartoonists.

Can eating animals really become a thing of the past? Almost all Dutch consider animal welfare to be very important. We see animal cruelty as something bad, and mega-stables are unpopular with six out of ten Dutch people because there cannot be enough attention to the health and welfare of farm animals. This is according to research by the Council for Animal Affairs, which includes animal ethicist Bernice Bovenkerk from Wageningen University. Despite these figures, only seven percent of the Dutch are vegetarians, and at least one percent are vegans. “A lot of people today call themselves flexitarians, but the total amount of meat eaten has gone up a bit,” says Bovenkerk.

See a small selection of the future drawings via the slideshow below:

The claw gives way to a heart. A steak on the plate is a thing of the past. 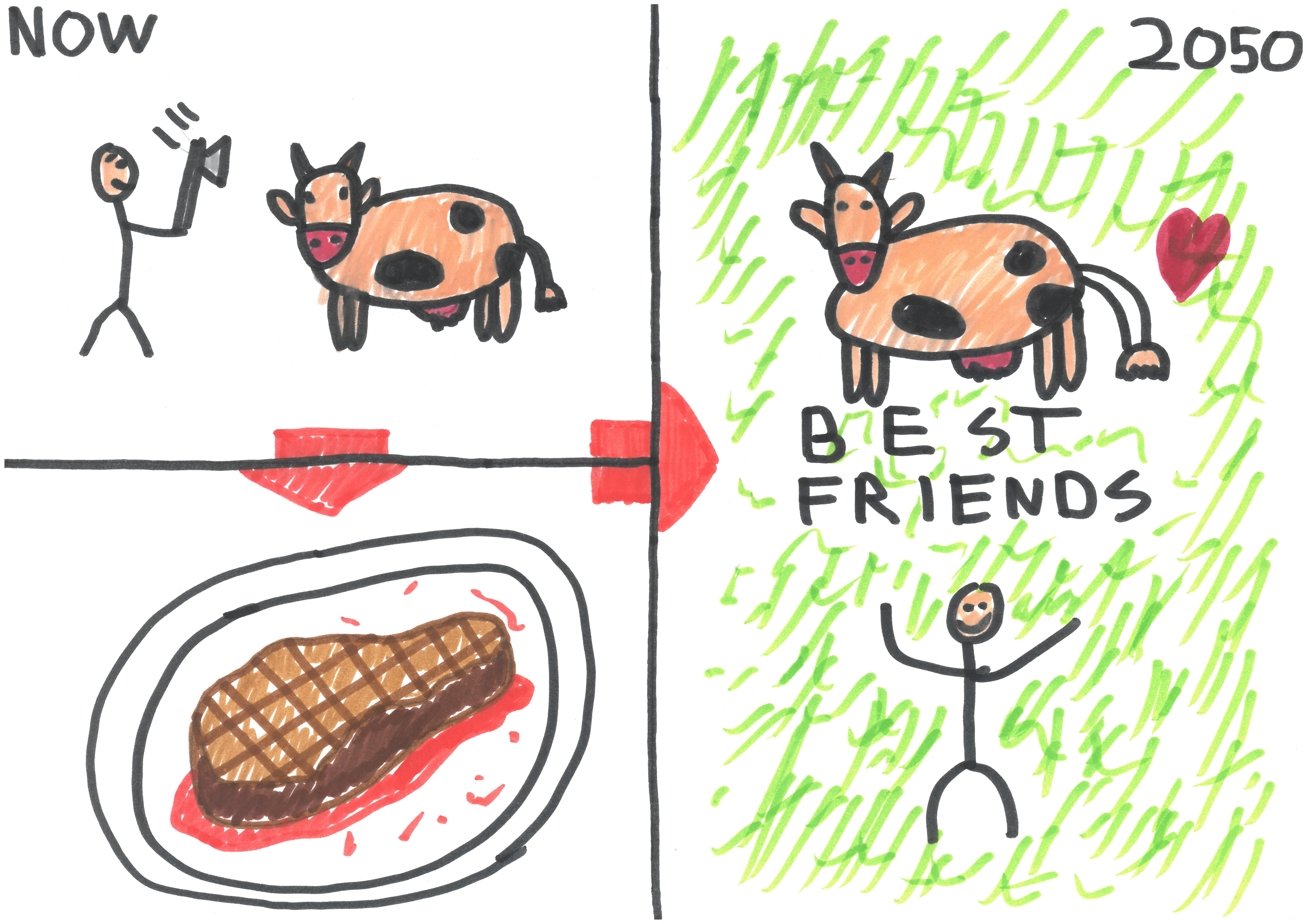 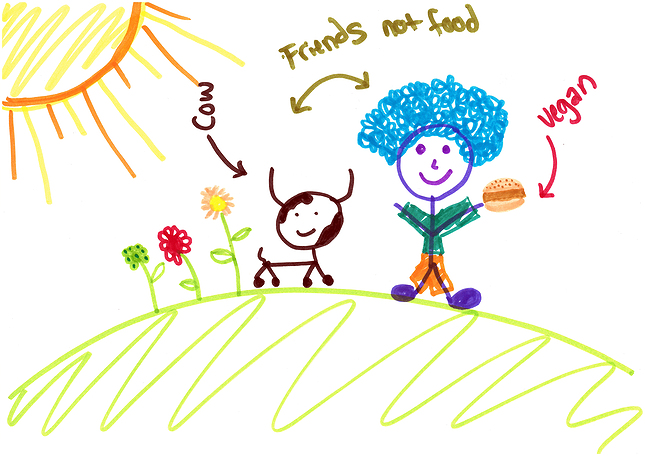 A person stands with a vegan burger in hand next to a smiling cow. 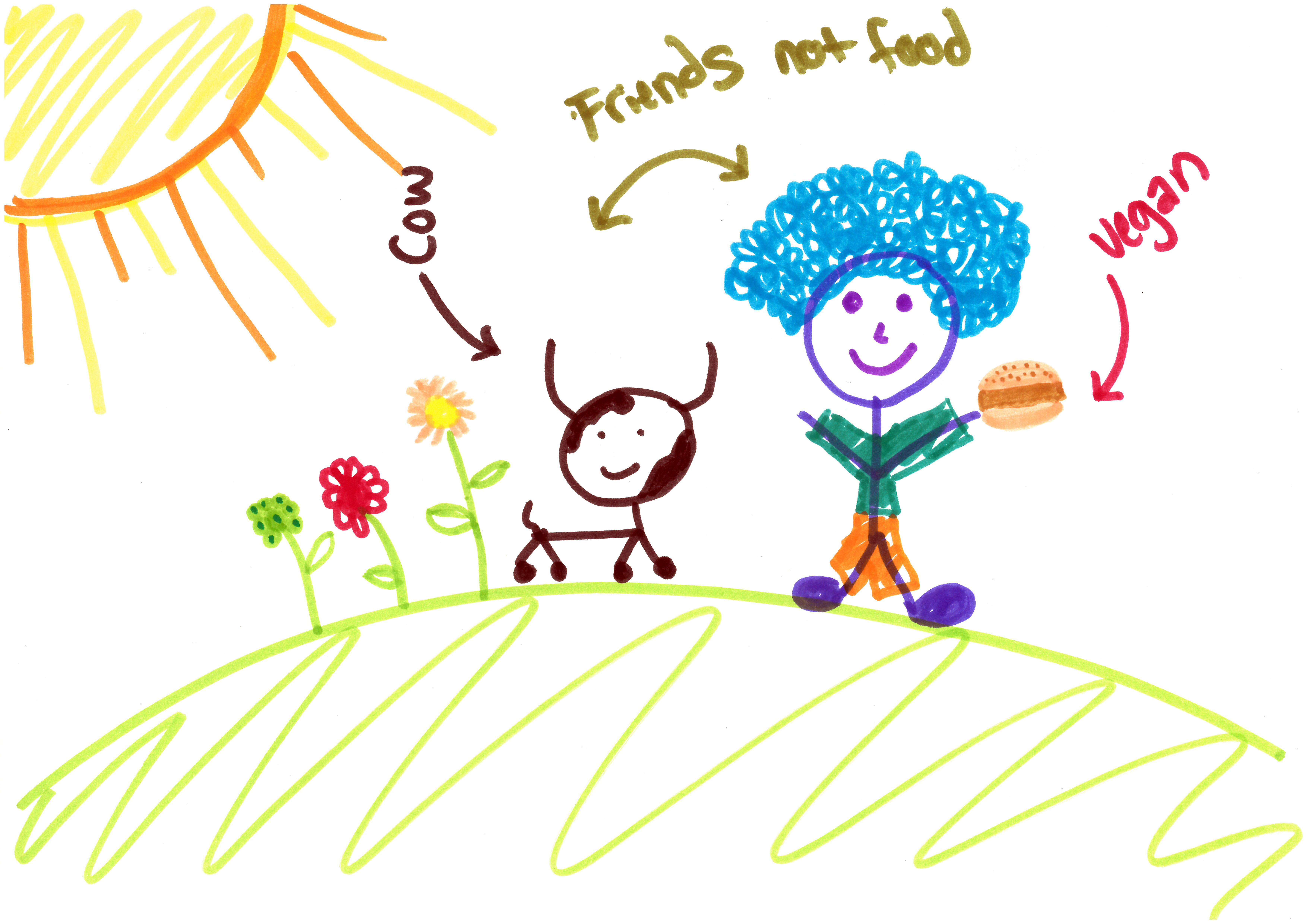 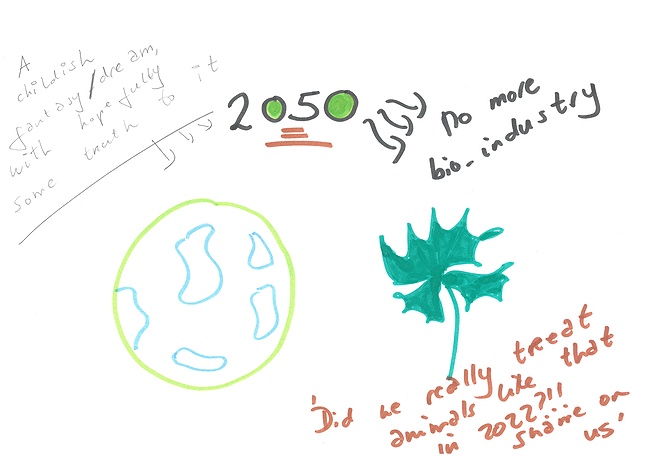 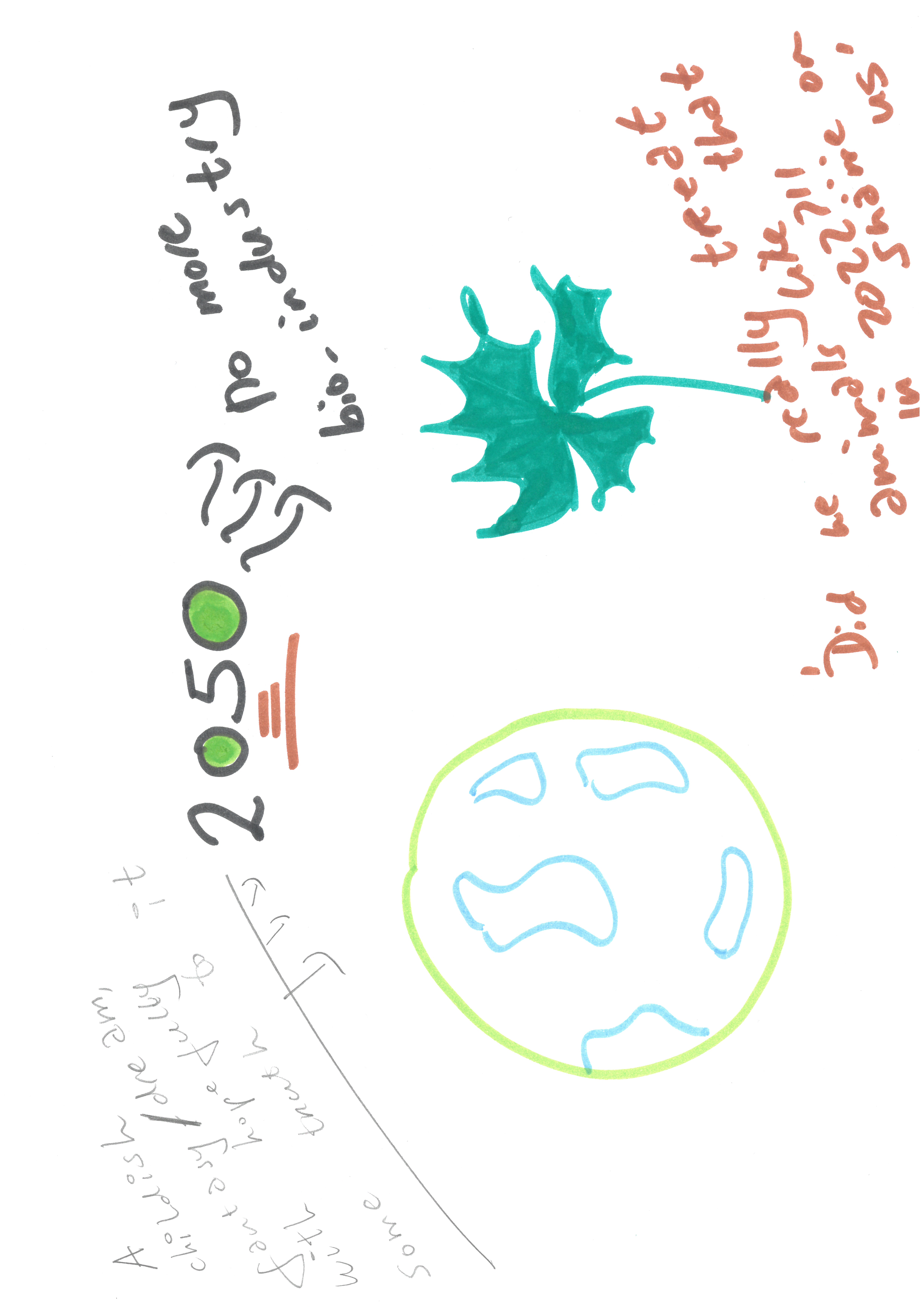 What Bovenkerk finds interesting is that the artists think from the point of view of the animal. Their rights and well-being are reasons to switch to a plant-based diet, not so much sustainability. Although it is crystal clear that stopping meat and dairy production helps reduce CO2emissions and preserve forests. “We have a system where we keep too many domestic animals and exhaust the land. These are extreme numbers. All the animals must eat. In various parts of the world, including the Amazon, forests are being cleared to grow soy, which is sent here to feed livestock. Then we eat the animals. It is inefficient and bad for the environment. And then there is also the risk of zoonoses, infectious diseases that can pass from animals to humans. Many animals on top of each other form a reservoir for viruses.”

According to her colleagues at Wageningen University, the most sustainable way to use the land is to keep some animals. The soil contains pieces of land that cannot be cultivated for human food. Cattle can graze in these areas to convert the grass into protein, ie. meat and dairy products, for human consumption. “My colleagues have calculated that people can eat between 9 and 23 grams of meat per day (equivalent to one or two slices of ham). It would be more sustainable than a completely plant-based diet. At least when you look at the land use.” In terms of methane emissions from manure and animal welfare, keeping no animals is the most sustainable. The last aspect is precisely what is close to the rapporteurs’ hearts. “In addition, there are start-up companies investigating whether they can make grass suitable as a protein source for humans, so that we can also get food from the inhospitable pieces of land.”

Back to the question of whether eating animals can become a thing of the past. Because despite their aversion to animal suffering, many people are not ready to give up animal products. The flexitar wants to cut back, but finds it difficult. What about the cozy barbecues in the summer? “People are used to the taste and the culture around it. You can’t beat this group of legumes. You have to come up with something that tastes like meat and that doesn’t require people to change their habits.”

Orcas washed up, and then?

Everyone has their own CO2-budget

Why use of nuclear weapons is not likely, nor is it a quick end

Cultured meat and cultured milk have potential, Bovenkerk believes. In Singapore, the cultured chicken nuggets are already available at McDonalds. It is not yet possible to grow meat without using an animal. Blood serum from killed calves is needed to grow the cells into a hamburger. But companies like Mosa Meat, co-founded by the professor of physiology at Maastricht University, are working hard to change that.

As soon as there is an alternative that is marketed well, there will be movement, Bovenkerk expects. “The vegetarian butcher, for example, works on animal-free cheese that really has to taste like cheese. You can’t make good cheese from oat milk, but you can from cultured milk. We know from research that a large group of vegetarians do not take the step to veganism because of the cheese.”

A world without bioindustry still seems far away. “I am optimistic that it will come to this. Eighty percent of the population believes that animals have rights and a moral status. However, that statement is not yet directly linked to eating meat. Consciousness processes take a long time.” But once it’s that far? “When we stop using animals as things, we will have a completely different society, where people and animals will live together on an equal footing.”

Also read the other episodes in this series: