In a letter to the board of B&W, signed by director-administrator ai Bert-Jan Kollmer, also on behalf of Heilig Hartschool director Joris Vuurens, Kollmer accuses councilor Kunst of deliberately not telling the truth during the municipal council meeting on Thursday, November 24, about the admissions policy for Sacred Heart School.

Today, the management regretfully responded with a letter to the Initia Foundation’s board. According to the municipal council, Mr. Kollmer’s letter contains various factual inaccuracies as well as serious accusations against councilor Art. “For that reason, we are addressing you directly as supervisors,” said the board, which indicates that it does not recognize itself in the statements of the acting director and the location director in the letter, and that it distances itself from this.

Bert-Jan Kolmer’s letter is a response to statements made by the councilor for the arts at the municipal council meeting on Thursday 24 November, as described in the article on dongen.nieuws.nl of 25 November: Noorderpoort under the demolition hammer. That article details Alderman Art’s response to a question from D66 about uncertainty about the number of pupils at the new Sacred Heart School. This is based on 407 students, the number on which the new Sacred Heart building is being built. If the school continues to grow structurally, it is entitled to additional space, but this must first be found in vacant spaces at other schools in the school board, which in this case is De Vlinderboom in West 2.” said councilor for the arts during the city council meeting. Kollmer about this: “The councilor hereby proposes that it is Sacred Heart School’s choice not to admit all students who present themselves from De Beljaart. We conclude that the councilor is knowingly and intentionally not telling the truth. It is not the school itself that will keep as much as possible to the 407 students, it is the councilor’s ‘task’ to do so.”

The intended new building of IKC Beljaart, in which Hellig Hjertes School will be located

In a reply to Initia’s board, the board stated that it completely disagreed with the content of Kollmer’s letter. “The positioning, content and choice of words that your ai administrator has chosen in the letter in no way does justice to the efforts that the municipal board (college and council) and the municipal organization in Dongen have made in recent years together with the school boards. . done in educational accommodation and will also do so in the current administrative period, as recently established in the program budget 2023-2026.” so reports the board, which indicates that one of Mr. Kollmer’s predecessors on behalf of Initia made agreements with the other school boards in March 2021 on the distribution policy, which must ensure that schools in new construction do not cause depopulation in other schools – a principle of solidarity – and that the schools mainly offer housing for children from their own neighbourhood. According to the board, the consequences of this agreement were later anchored in the requirements program for the new construction of IKC Beljaart. “On the basis of that requirements program, the city council has granted a credit for the new construction of IKC in December 2021.”

“Mr. Kollmer now wants to unilaterally change these agreements,” the board said. “There have been many discussions about this theme in the recent period: both with Mr Kollmer and jointly with all school leaders in the municipality. Both the municipality and the other school boards always spoke respectfully and sensibly. We therefore do not agree with Mr. Kollmer’s statement that “any reasonable conversation about this is missing”. We are not only surprised that the current board of Initia does not want to implement the agreements of its own predecessors. It also disappoints us, and it damages the trust and cooperation between education and the municipality in Dongen.” 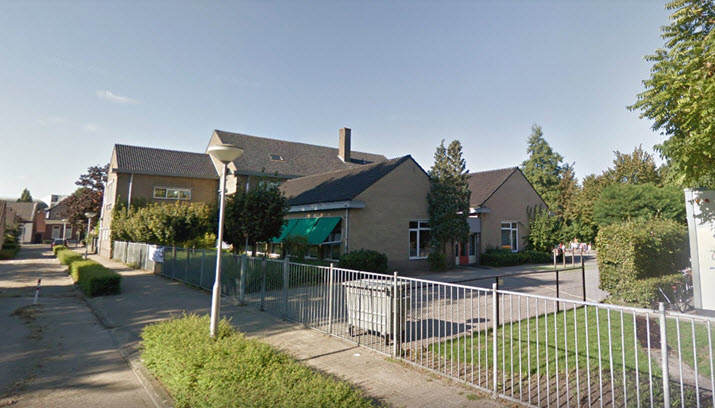 The current location of Sacred Heart School in Schoolstraat

According to Bert-Jan Kollmer, there is good reason to review the agreements that have been made. “The situation in Dongen has changed radically after 2021. For example, Noorderpoort is closed. This will lead to far-reaching changes in student flows, and the pressure on the Sacred Heart School will only increase. Initia therefore has several reasons for not complying with these agreements entered into at a different time regarding the 407 students. Based on the current student forecasts, we can also conclude that the decision to build a new school for a maximum of 407 students is long overdue. If Sacred Heart School / IKC Sacred Heart takes all the students it offers, we may have to build a school for 500-600 students. We understand that this means more housing resources, but we already lack a reasonable conversation about this.” The last is therefore emphatically disputed by the board.

Where Kollmer requests a correction from the board, because the information that is deliberately and intentionally disseminated is harmful to Initia, the board is diametrically opposed to this: “the fact that Mr. Kollmer without entering into a dialogue with the municipality and comrade. school boards – even though he received an invitation to do so from the municipality on 29 November – however, with factual inaccuracies and malicious claims, also directed personally at the councillor, to the press and council, damages trust and relationships. We find that unacceptable. We attach great importance to discussing this with you in the short term”, asks the board in the letter to the board of Stichting Initia.