In Eijsden-Margraten there will be a tasting room with a traditional syrup factory. In Meerssen, the cultural-historical kitchen garden at Vliek Castle is being restored to its former glory. And in Stein, Urmond’s Maas past is brought to life again. On 20 December 2022, the LEADER South Limburg Local Action Group issued a positive advice to allocate a total of €330,000 to these initiatives.

The Local Action Group consists of representatives of residents and groups who implement the program and assess the applications. “Thanks to LEADER, 24 projects have already been created in recent years which improve the landscape in South Limburg,” says chairman Hub Meijers. “These three great projects are the icing on the cake. All praise goes to the tireless promoters who continue to believe in their dreams and whom we, with this program, are making possible to realize their dreams.” The current program period ends on December 31, 2022.

“It’s great to see how people themselves can get to work with what they consider important in their area thanks to the LEADER method,” says Lia Roef’s (Housing, Physical Planning, Water and Agriculture) deputy. “These three new projects are also valuable for the quality of life in rural areas.”

In Eckelrade, Maria, Mart and Magiel Vandewall grow fruit and vegetables organically and make Limburg fruit syrup according to an ancient tradition. The products are sold to consumers through a farm shop and delivery service. Because the location has become too small, the company will move in 2023 to a square farm in Bruisterbosch, a village in the municipality of Eijsden-Margraten. There is sufficient space to expand the organic cultivation and to furnish a reception room with cooking facilities under the name Puurvandewall. The syrup factory can be seen from the reception. The reception area becomes the heart of the company with tastings, workshops and audiovisual presentations on the theme of traditional syrup making and other educational activities. The reception area is also available as a meeting place for Bruisterbosch.

“The establishment of Puurvandewall will give the farm a suitable and inspiring reuse,” says Eijsden-Margraten municipality. “A recycling that not only upgrades the village of Bruisterbosch, but also significantly goes beyond. The business concept is in line with our priority themes, namely Landscape, Sustainability and Quality of Life, which give substance to Cittaslow’s core values.” (Read more under the picture.)

Volunteers from the Kwallef working group in IVN Ulestraten want to bring the historic kitchen garden at Vliek Castle back to the way it was around 100 years ago. They want to build a new curved conservatory in the place where a curved conservatory used to be. There are also plans to restore the monumental 18th century kitchen garden walls and to replant a former orchard with old varieties. The kitchen garden complex is part of the Landgoed Biesenberg in the municipality of Meerssen and is owned by the Curfs family, who are actively involved in this initiative. After the completion of this project, everything will be visible and parts will be opened to hikers and other visitors. The premises will also be used for educational ecological programmes. A circular walk is also under development.

Meerssen municipality is very impressed by the efforts of the volunteers involved. “For example, they have offered an educational program for primary school children for years. As a result – and thanks to the upcoming reconstruction – the history of the kitchen garden will be preserved for future generations.”

Friheds Urmond Fonden wants to make visible and experience again for residents, local entrepreneurs, tourists, passers-by and recreational users. She will do this, among other things, by making visible the contours of the quay wall, which lies underground, in the pavement. Skipperstier will be restored and the site of the monastery and Redershuis will be made visible at ground level. Part of Urmond’s old ramparts will be reconstructed and planted with edible blackberries. The foundation also wants to publish a book about the Maas trade and build a boat, as they used to do, and give this boat a place in the ‘dry’ port. There will also be natural play elements that have a relationship with Maas and Urmonds Maas’ trading past.

Stein municipality welcomes the project because of ideas from residents and enthusiastic volunteers. “The plans fit in with our ambition when it comes to heritage, culture and tourism. That is why we have made a financial contribution.” (Continue reading below the image.) 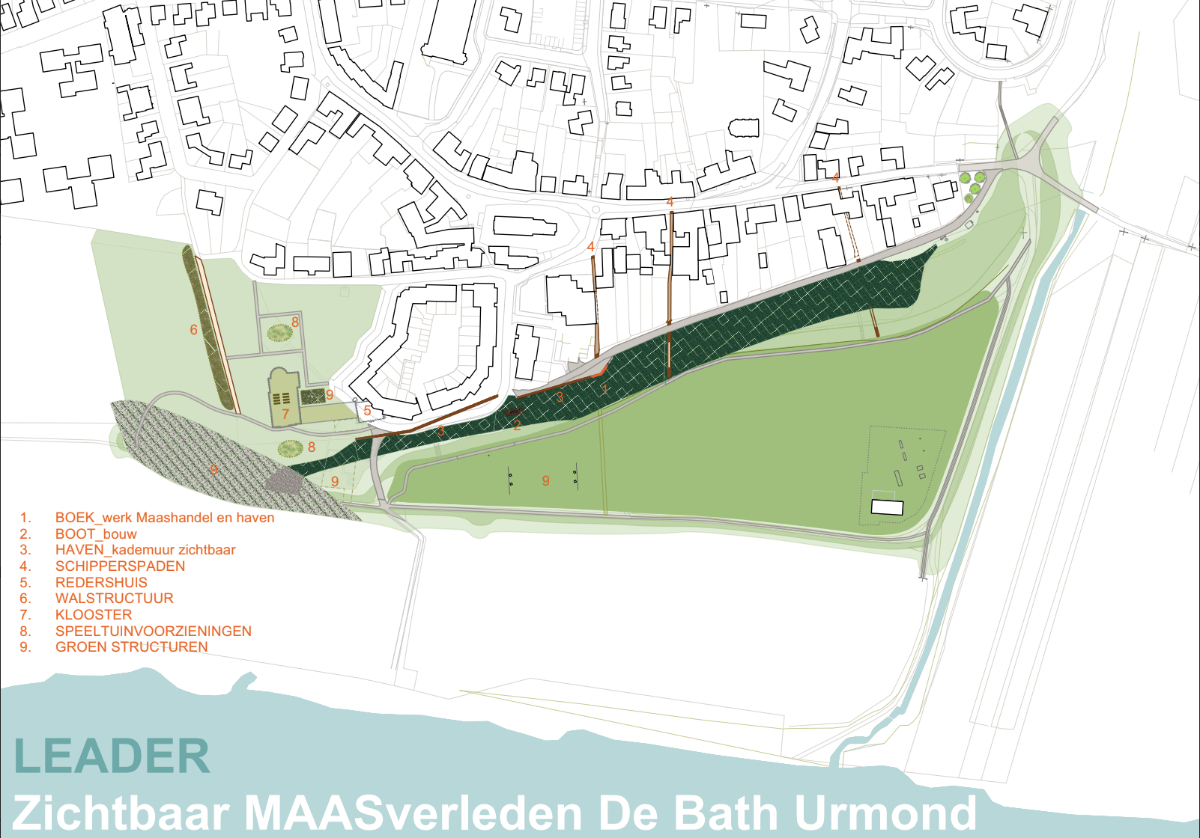 New LEADER program on the way

Although these three projects close the current program period, work is underway on a new LEADER program for the period 2023 to 2027. More information will follow in early 2023.

LEADER South Limburg is a European grant program that develops and strengthens the quality of life and the economy in rural areas. The European Union, the province of Limburg and the sixteen South Limburg municipalities make money available to promoters with good plans.