Sociologist Hans Dagevos is a researcher at Wageningen Economic Research into (food) consumption in general and eating (less) meat in particular. 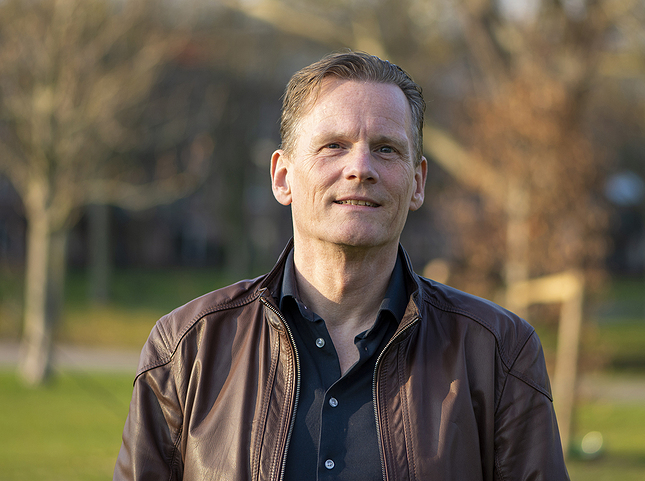 Our consumption of food, beverages, clothing, electronics, furniture, vacations and belongings continues to grow. Not only did we eat twice as much meat and three times as much cheese in the second half of the last century, but we also started drinking a lot more beer and wine. The number of holidays also increased explosively.

“That consumption is a blessing because it gives us convenience, luxury and comfort. But it is also a curse because it leaves a trail of destruction across our planet, and a heavy burden for the future,” says consumer sociologist Hans Dagevos from Wageningen Economic Research, the socio-economic research institute at Wageningen University & Research. “We have become accustomed to this hyper-consumption, but things must change.” Because the production of all these things costs too many materials, causes greenhouse gases and burdens the environment too much.

Dagevos argues that for too long we have thought that we could absorb the harmful consequences of the sharp growth in consumption by producing food and other things more efficiently, or by changing what we buy and choosing a more sustainable variety. “Although it would be nice if it worked that way, because then we can just keep consuming.”

Up to new homes

Producing more efficiently and sustainably is the idea behind green economic growth or, in economic jargon, decoupled growth. The economy continues to grow while greenhouse gas emissions fall. “Although I am a sociologist, I have not come across any economic research that proves that decoupled growth has occurred anywhere. By hoping for decoupled growth, we are losing valuable time.”

The environmental benefits that we achieve through more efficient and sustainable production are in turn lost due to the growth in our consumption. Conclusion: consuming less is therefore also necessary. This emphasis on reducing consumption, in addition to producing more efficiently and sustainably, is also included for the first time in the latest IPCC report. “Reducing consumption must now really take part in the discussion about tackling climate change.”

You are what you buy

But it is difficult to consume less. “It requires a huge shift in thinking,” says Dagevos. “We live in a culture characterized by consumption. Hyperconsumption has become dominant in our society. You are what you buy; people derive their identity from it.” This is not only due to the individual, but also to the environment. “Trends and fashion make people want new things all the time. Digital devices get updates so they need to be replaced quickly. Electronics can often no longer be opened and therefore cannot be repaired. Manufacturers build obsolescence into their products, which means they must be disposed of more quickly.” In addition, there are changing norms about what is normal, Dagevos points out. “What was considered excessive a few decades ago is now normal.” 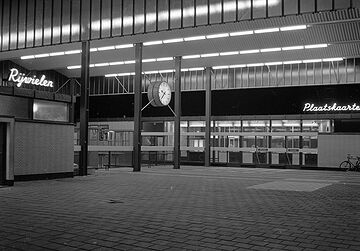 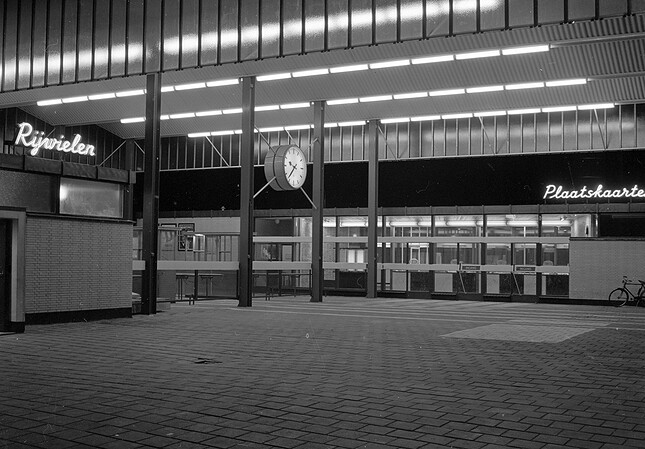 The Hague Central Station in 2022.

The environment has also been literally commercialized. “Sports palaces and cultural temples are no longer only about the event itself, but primarily about all the goods and the food and drink that are for sale.” An old photograph of a train station in the 1950s might show a coffee corner in one corner. Now a station looks like a complete shopping street, with all sorts of different restaurants. “And the online world consists entirely of one big consumer, Valhalla, where you can order everything from all over the world 24/7 on your phone. Consumption has assumed forms that are unsustainable. Its impact on our community is unprecedented.”

What doesn’t help, Dagevos continues, is that politics is also about purchasing power. “Consumption and freedom of choice have become a kind of right. The idea is that more consumption is good, that it is a sign of progress. The European Bank lowers interest rates to boost consumption. And President Bush stood on the smoking ruins of 9/11 and shouted that we should resist by consuming. It is a story that is no longer tenable.”

It is therefore high time for a different story about consumption, says Dagevos. “The tenor must be that consumption is not just beautiful and wonderful, but that it is also controversial. What we buy and how much we buy has an impact on our fellow humans and on nature, animals and the climate. It gives a responsibility. The story is now that profits. The reality is that excess is also harmful.”

Consuming less also has positive sides. “When we consume less, we get more rest, we don’t have to work as hard, we get rid of the treadmill and the constant stress, we live healthier and we get fewer diseases of wealth. It’s liberating not to be driven by greed all the time, and for to break the addiction to shopping. For the so-called freedom of choice of consumerism is in reality, of course, artificial. What is in the store is pre-selected, fashion and trends are chewed for us.”

In society, Dagevos also feels a kind of longing in people to get off that treadmill to get bigger and crazier. Many happiness studies show that once people reach a certain level of well-being, they do not become happier after having more money or spending. But Dagevos does not want to idealize the consumption reduction either. “It will also mean giving up: giving up comfort, luxury, convenience, taste and choice, things that we have come to value because of the decades-long emphasis on consumption.” 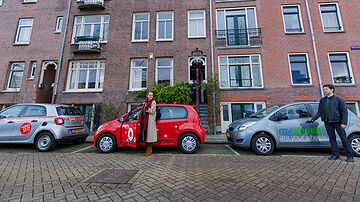 The number of shared cars in the Netherlands has increased sharply in the past year. 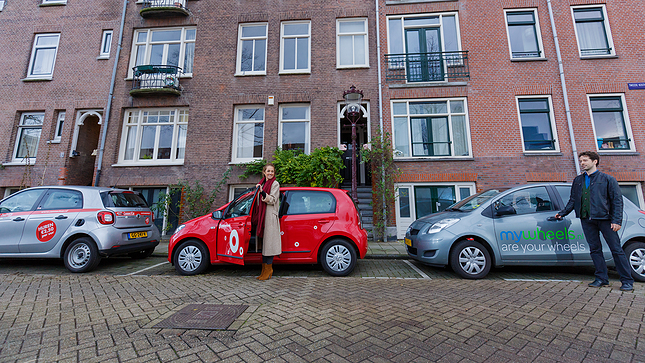 Dagevos hopes that if we start telling a different story about consumption, a different economy can also emerge. The first signs of this are already visible in the sharing economy and the circular economy, where used things and waste are reused or recycled, and far fewer new raw materials are needed. But it is also about a review of the quality, Dagevos believes. “Companies can focus more on quality, on making things that you can use for a long time, that you can pass on for generations, and that you can become attached to. Instead of the anonymous products that you use for a short time and then throw away.” In contrast to Black Friday, you sometimes already see a Green Friday, where companies sell sustainable goods, or a Repair Friday, where white goods are repaired.

Governments could also ask themselves what they can do with consumption, instead of simply encouraging it, says Dagevos. Brussels is already working on rules on whether goods can be repaired. “So, for example, electronics can be opened and parts can be replaced, as is now the case with the FairPhone.” 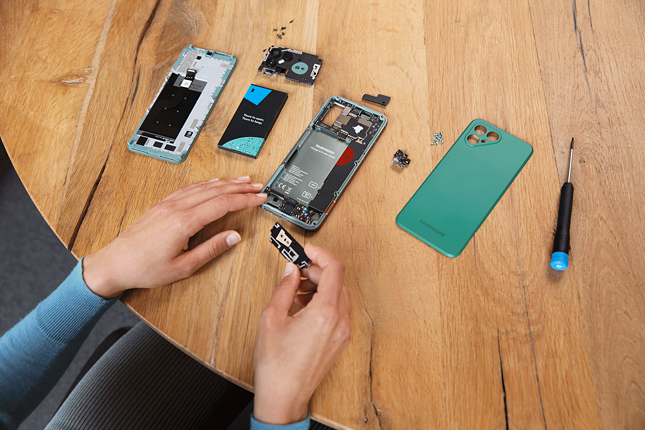 No part of the Fairphone 4 is glued, so the user can simply open it with a screwdriver and repair it easily.

It is difficult for politicians to win votes with a story about reducing consumption until they make it a different story, says Dagevos. “Politicians should not be afraid to tackle overconsumption. They have to match it with something attractive, something more future-proof, such as the quality of our lives and our possessions. This makes saving and finances, not economic growth, something we are proud of.”

It’s a big change that Dagevos envisions, with a different idea of ​​progress. “Actually, it is about a different interpretation of the good life, with a less material interpretation of happiness. Many people can imagine that once is enough. These are still early thoughts, but they are important. They are the first steps towards a different vision of consumption, so that we will not only look at consumption reduction from a controversial or loss perspective.”

Also read the Q&A about greed: