You can learn how to manage assets

Last week it was indicated that it would be an eventful stock exchange year. So the easiest prediction was that volatility would increase. But then I got the question from some readers how to respond to that as an investor; especially with a view to previously published articles on the GeldBloggen. So today some opportunities/concerns that investors can use as a source of inspiration.

But before I start, a disclaimer. The ideas are what I think of them (duh-uh) and cannot be taken as advice in any way (hi AFM!). The main conclusion is that every investor has different preferences, time frames, risk preferences and so on. In other words, DO YOUR OWN RESEARCH and or seek advice from a reputable investment advisor. 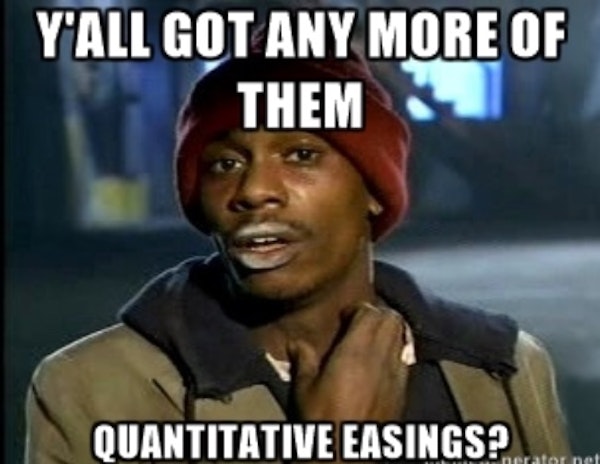 With that out of the way, it is important to articulate my macro context and for this column it is mainly the problem that central banks have; fight inflation, but at the same time make sure things don’t collapse. The latter is especially possible because there are too many (bad) debts. This situation requires a lot of liquidity and low interest rates, but fighting inflation requires lower liquidity and higher interest rates.

As a result, central banks are caught between these two policy options. My expectation is therefore that central banks will begin to crack down, causing interest rates to rise and liquidity to fall, followed by a fall in inflation and economic activity (as seen now), which in turn will lead to rate cuts and more liquidity , ultimately leading to higher inflation will lead and so on. Harmonica inflation.

But the space to navigate gets smaller each time until there is no more space. Then it’s serious bumble bees. Two weeks ago it was about Japan and the Bank of Japan (BoJ). After the fireworks in the last week of 2022, New Year’s Eve fell very early in Japan, because on Friday it was again one big fireworks show: The Japanese central bank had to intervene again and make large purchases of Japanese government debt to lower interest rates. As can be read in that column, the BoJ had raised the rate it had as a target from 0.25% to 0.5%. But now the attack on the 0.5% has begun. The market is now beginning to doubt whether the BoJ still has control over the yield curve (management of the yield curve, YCC). And any large buying action puts pressure on the exchange rate. The BoJ cannot save both, so this is the scenario that several central banks, including the Fed, BoE and ECB, are moving towards.

So how would one investor to anticipate it? 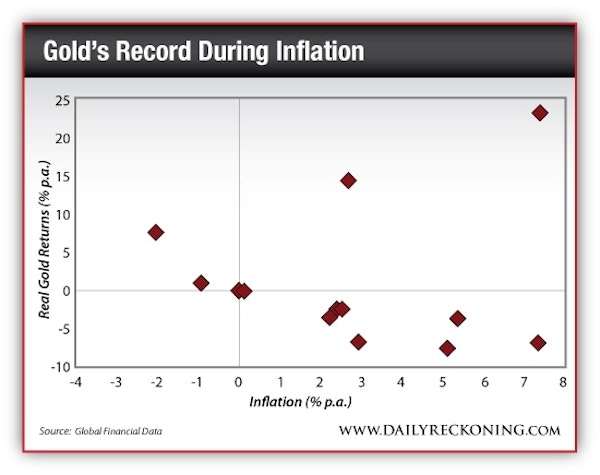 It is possible to convert everything into cash, but with still high inflation and our capital tax it is a painful thing. Buy gold then? You can, but don’t expect gold to be a good hedge against inflation; history shows that gold does NOT protect well during inflationary periods! This is the opposite of what almost everyone claims. No, (physically!) gold is insurance against failing governments, so only if inflation is a prelude to such a scenario will gold really pay off.

Energy is a sector that has shown everyone right now that it is crucial to everything. Whether it’s food, cars, paint or a house, energy plays a crucial role. And by that I mean especially cheap, easily available energy. Because of the too-rapid energy transition (see this again) and the war in Ukraine, all sorts of long-term and more acute problems in our energy supply have become visible.

With plans to both become less dependent on questionable suppliers and to achieve the goals of the Paris Agreement, the EU is embarking on a significant green investment and consumption cycle. The fact that this cycle is not entirely voluntary is irrelevant for the purposes of this column. What matters is that, on the one hand, a lot of money will flow to transitional companies, such as installers, lithium producers, engineers, ESG consultants, EV technology companies, , silver and copper producers and so on. The difficulty here is finding listed companies that are clean in this corner; often it is a conglomerate with a lot of other activities. Other options are ETFs (not an option if you expect a systemic crisis by the way) that can provide a better focus (it is therefore crucial to find the underlying composition & method from the prospectus). 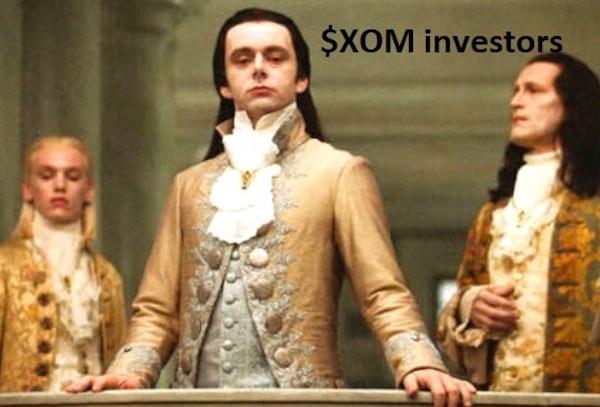 On the other hand, it will gradually become more and more clear that the objectives for the green transition are too ambitious (too fast & too much) and that the demand for fossil energy will be structurally higher than expected. This will play into the hands of oil and gas in the long term (if there is an economic crisis, the price of these energy sources will first dip). The oil and gas companies will also benefit from this, although the timelines here can vary considerably from sector to company and company to company. As long as many of these companies like stranded assets viewed by governments and shareholders, it is crucial to be selective. In the long term, I expect that there will be a little more realism among the politicians, so that fossil energy is seen as part of the green transition, which can lead to a kind of renaissance for the fossil energy sector. Oil and gas companies, which after all continue to invest massively in new areas, seem to me to be a good starting point for research (including nuclear energy investments).

The last option is to bet not (only) on the direction, but on the volatility of the stock market. As long as the VIX. This can be done via futures and ETFs and options, but the pricing there is quite complex for most investors. Often Flow Traders are seen as a proxy of the VIX; if the VIX index shoots up, then the numbers (and thus the price development) at Flow Traders are generally good. They have now legally moved to Bermuda, so what due diligence can do no harm.

So there are plenty of opportunities for (potential) investors. In my opinion, it is important to have a macro vision and to identify certain trends based on it. You can then search for suitable investment products. In addition, build in benchmarks so that deviations are quickly caught and analyzed to see if the investment, or the entire macro vision, is still correct. No time and/or no skills? Then outsourcing to a suitable asset manager is worth considering.