DWS: The Chinese consumer sector is on the rise

“The outlook for China is much better than in 2022. The Chinese economy is open again and this will not be reversed, although the number of covid infections is likely to rise sharply as a result of the celebrations.” So says Sean Taylor, investment strategist for Asia/Pacific. “When the covid situation stabilizes again, growth can accelerate.

Taylor continues: “I expect economic data to show an upward trend in the second quarter of 2023, perhaps even a little earlier, allowing for economic growth of 5%.”

Shares have recently rallied on expectations of stronger growth, but despite this gain, Taylor still sees room for Chinese stocks to rise further as only a small fraction of the huge losses of the past two years have been recovered. “Especially the consumer sector can return because it basically benefits the most from the country’s reopening.”

In the publication Year of the Rabbit – China ready for a recovery Jimmy Chen, head of the Comgest Growth China fund, gives five reasons to be positive about Chinese stocks. 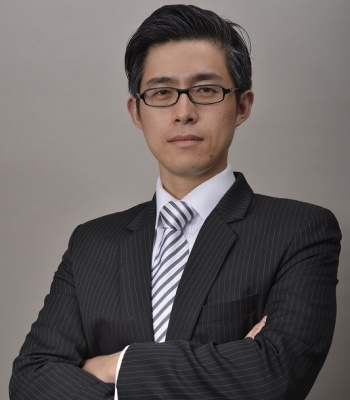 “In 2022, the zero-covid policy was the biggest drag on consumer and business confidence. From 8 January 2023, however, all recent Covid restrictions were lifted. The bad news is that the number of covid infections may accelerate as a result , putting pressure on the health system. On the positive side, the peak of infections is expected to be reached sooner and economic activity could pick up faster than expected.”

“The nearly two-year crackdown on technology platforms appears to be easing, as evidenced by the recent recapitalization of Ant Financial. Issuing gaming licenses also resumed in April after an eight-month freeze, allowing Tencent and Netease to reopen new releases from september to roll out games.

The Chinese government has also eased policies for property developers after previous attempts to reduce the accumulation of debt in the property sector caused a liquidity crisis in the sector.”

“On the macroeconomic front, Chinese inflation is currently subdued as the domestic supply chain has remained robust and no helicopter money has been deployed, allowing fiscal and monetary policy to remain accommodative in contrast to many Western countries.”

In November 2022, Chinese President Xi Jinping and US President Joe Biden met for the first time in an attempt to restore working relations.

Additionally, in September, auditors from the US Public Accounts Regulatory Authority (PCAOB) finally received permission from the Chinese regulator to check the ADR documents of Hong Kong-listed companies that are also listed in the US. The initial results have been satisfactory, which significantly reduces the risk of Chinese companies being forced to delist from the US.”

“President Xi Jinping, like Chinese leaders since Deng Xiaoping, has a pragmatic approach to balancing social stability and economic growth. Although severe market panic erupted in October after Xi made an unprecedented appearance at the Communist Party Congress, it appeared that third term was re-elected, that fear seems unwarranted so far.”

Portfolio manager Wenli Zheng of T. Rowe Price’s China Evolution Equity Strategy said: “Since the Party Congress in October, Chinese policymakers have been working hard to address the two biggest issues that have brought China’s economy and stock market down sharply over the past 18 months. sign: Covid and the malaise in the property sector.

The Covid policy has clearly been adjusted with the reopening. In addition, the 16 measures to support the real estate sector are expected to stimulate the recovery of this industry.

For investors looking for where to invest their capital, China stands out, not least because inflation is low, in stark contrast to all the other major economies. While the Western world grapples with rising interest rates and quantitative easing, China is following a different course by pursuing an accommodative monetary and fiscal policy to support economic growth.

China’s current economic challenges are not the result of rampant inflation, but of the country’s zero covid policy combined with a self-inflicted real estate slowdown. Zheng sees an improvement in both areas. The rise in infections from China’s reopening will hurt the economy in the short term, as evidenced by the weak PMI in December. However, Zheng believes that the pace of the recovery may also be faster than the market expects. The reopening is likely to give a significant boost to domestic consumption and private investment.

With institutional investment in Chinese stocks at five-year lows and cyclically adjusted valuations well below average, the risk/reward ratio is now favorable. Chinese corporate earnings were squeezed in 2022 by Covid and the real estate slump. However, the consensus expects that China’s growth in earnings per share will accelerate in 2023 from 2% in 2022 to 10% this year. China is in a unique economic cycle and I expect corporate earnings to accelerate significantly in 2023.

“China is in a unique economic cycle”

China has lost share in labour-intensive sectors such as clothing, furniture and electronics assembly. On the other hand, the country has rapidly gained share in technology-heavy sectors, such as auto parts, electronic components and other equipment (such as related to EV batteries, smart grids and fracking). China’s demographics have moved from headwind to headwind, but the education and technology dividends are only just beginning to pay off. More new technicians are trained in China each year than in all OECD countries combined.

“In China, more new technicians graduate each year than in all OECD countries combined”

Selective decoupling is taking place in strategic high-tech sectors such as advanced semiconductors, biotechnology and possibly electric vehicles. This could slow down China’s development in certain fields, such as high-performance computing and artificial intelligence. On the other hand, concerns about supply chain security have contributed to faster local substitution in energy, semiconductors, analog technology and medical devices.

China remains an attractive country for investors, but like the rabbit, it is important that they remain agile and move quickly, according to Zheng. “I expect China’s market leadership to expand and investors will need to look beyond the familiar mega-caps to identify future winners.”

Themes that Zheng follows closely include companies that will emerge stronger from the economic downturn. Examples are online recruitment, operators of shopping centers and hotel chains. In addition, he also sees plenty of opportunity in companies that are doing well despite the weak macro climate, such as auto parts and industrial companies involved in energy transition, shipbuilding and oilfield services.

That Editors of IEXProfs consists of several journalists. The information in this article is not intended as professional investment advice or as a recommendation to make particular investments. It is possible that editors have positions in one or more of the listed foundations. Click here to get an overview of their investments.